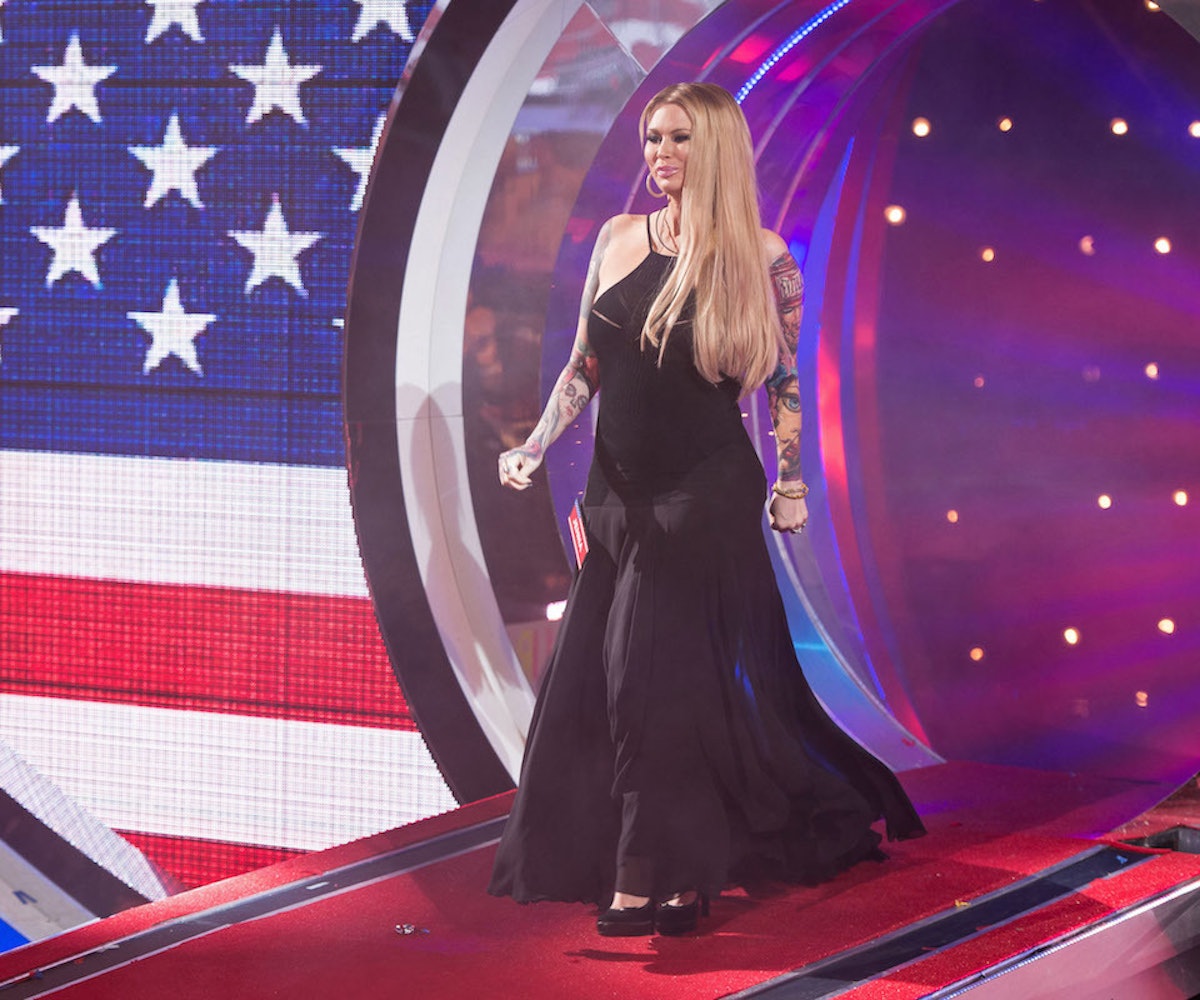 Earlier this week, it was announced that Ines Rau would be introduced as the first openly transgender Playmate. The decision was spearheaded by Cooper Hefner, son of Playboy's recently-deceased figurehead, Hugh Hefner.

“It’s the right thing to do. We’re at a moment where gender roles are evolving," said the younger Hefner to The New York Times.

Almost immediately, Playboy began receiving backlash. Somewhat unexpectedly, former adult entertainer and reality star Jenna Jameson has been a voice of discontent about the decision, despite claiming that she loves "gay and trans peeps."

Jameson, who at one point considered herself a feminist, took to Twitter to express her displeasure about Rau's notable accomplishment:

"@playboy just announced it will be featuring its first transgender playmate… #nothingsacred," Jameson wrote. When pressed for more of her thoughts on the issue, Jameson trotted out some patently bigoted opinions:

Yikes! Where to begin? Jameson's insistence on biological essentialism is disappointing from someone who has been on the right side of so many issues, as is her boilerplate conservative "PC Culture" talking point. Although her beliefs at one point aligned more with progressives, some of Jameson's more recent statements have earned fawning praise from the alt-right, and in this case, it's easy to see why.

Sadly, Jameson doesn't seem to understand the nuances of her own argument and continued to espouse her support for LGBTQ people.

Although Rau didn't respond specifically to Jameson's comments, she said this of her detractors: “I’ve seen a lot of hateful comments ... I would have never thought about people being so transphobic. I knew we still had a lot of work to do to get to a point where people see trans women as women, but I would have never thought of that ... It makes me even more proud and happy to have done that, because we need to make a mentality change. We have to.”