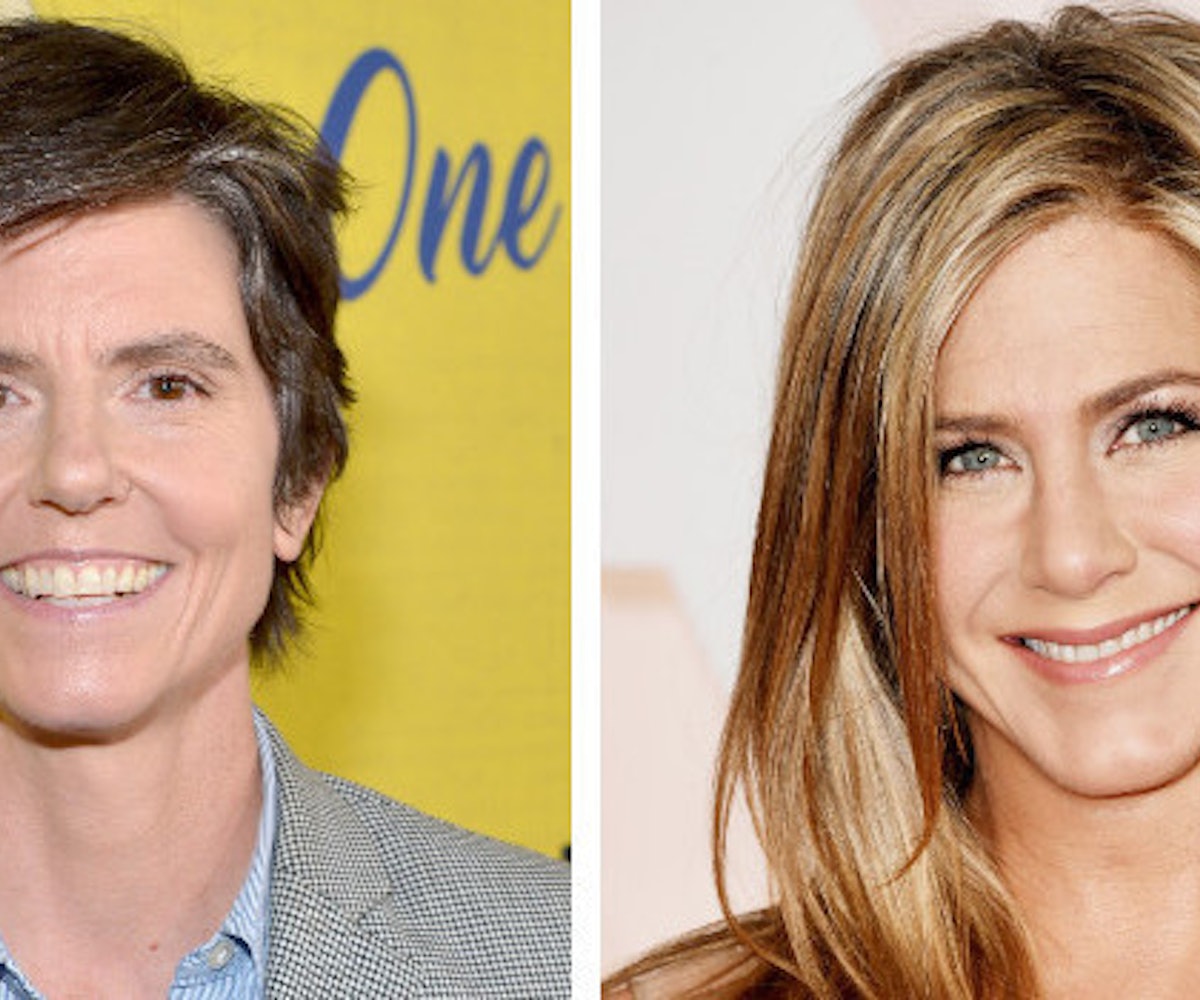 Netflix has announced its forthcoming movie First Ladies. The film will star Jennifer Aniston as the first female president of the United States and Tig Notaro as the first lady. Meaning, we're finally getting something about the first woman and lesbian president.

A political comedy written by Notaro and her real-life wife, Stephanie Allynne, First Ladies follows Beverly and Kasey Nicholson as they navigate their move into the White House. Aniston will also reportedly be producing the series with Allynne and Notaro, per Deadline. Also joining the crew are Will Ferrell, Adam McKay, Jessica Elbaum, and Betsy Koch as producers, with Chris Henchy serving as the executive producer.

According to Variety, the announcement comes after Netflix reportedly won "a competitive bidding war" for the film. Netflix has yet to announce a premiere date. Rest assured, we'll definitely be keeping an eye on this one.