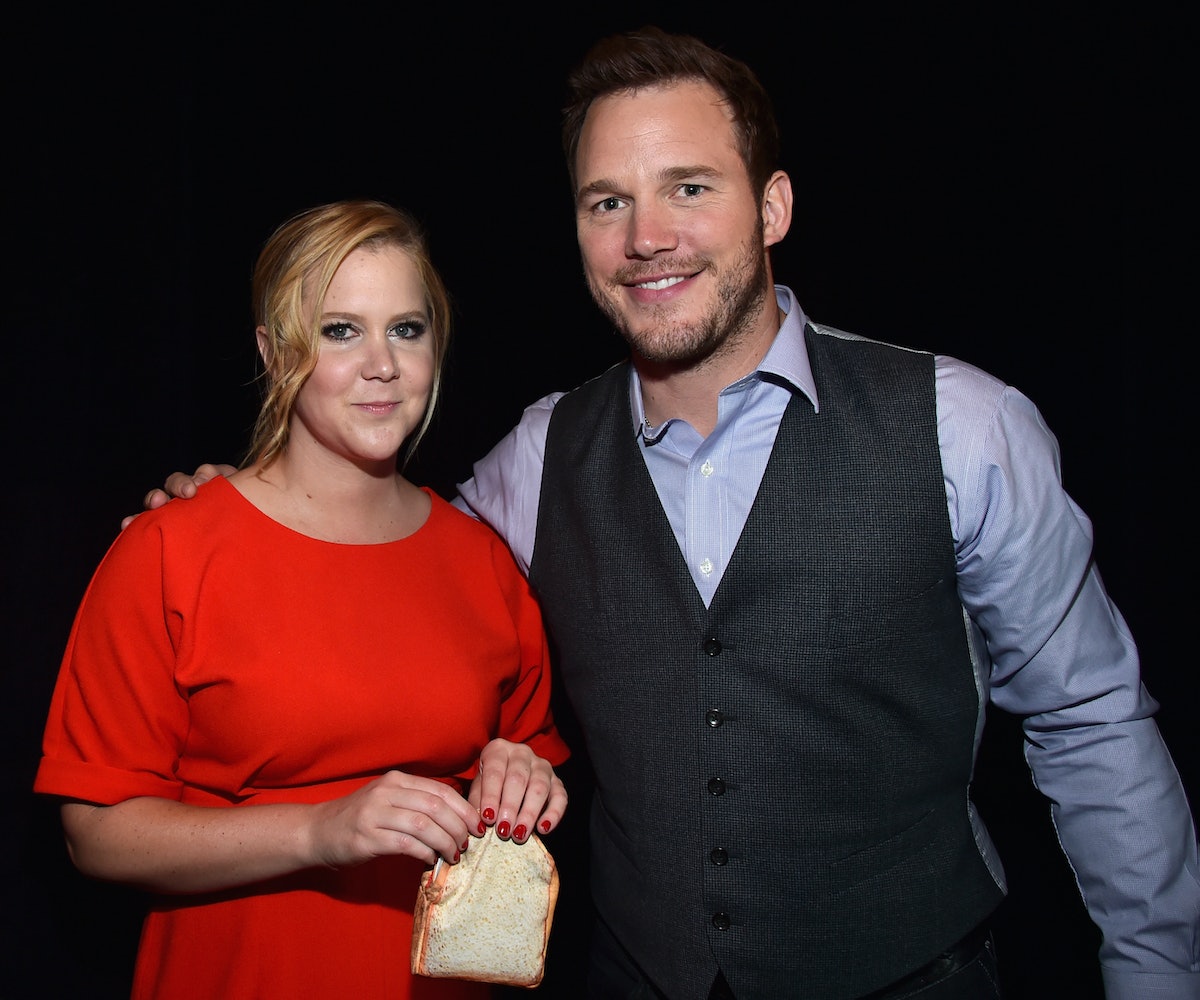 Ever since we saw those pictures of Amy Schumer and Jennifer Lawrence jet-skiing and subsequently learned that they were writing a movie together, we were filled with unbridled friendship envy. But their latest hangout sesh was epic enough to alter our very perception of the phrase #squadgoals: They joined forces with Parks and Rec pals Aziz Ansari and Chris Pratt.

Lawrence and Pratt are co-stars in the upcoming space-travel film Passengers, and Schumer and Ansari have both killed the comedy game with their acts at Madison Square Garden. The combined force of the four actors seems almost surreal.

As evidenced by Schumer's and Ansari's Instagrams, the foursome, along with Kim Caramele (Schumer's younger sister and writing partner), had a Sunday filled with hijinks, sleep, and script-writing. And now, we eagerly await the full product of their combined genius.