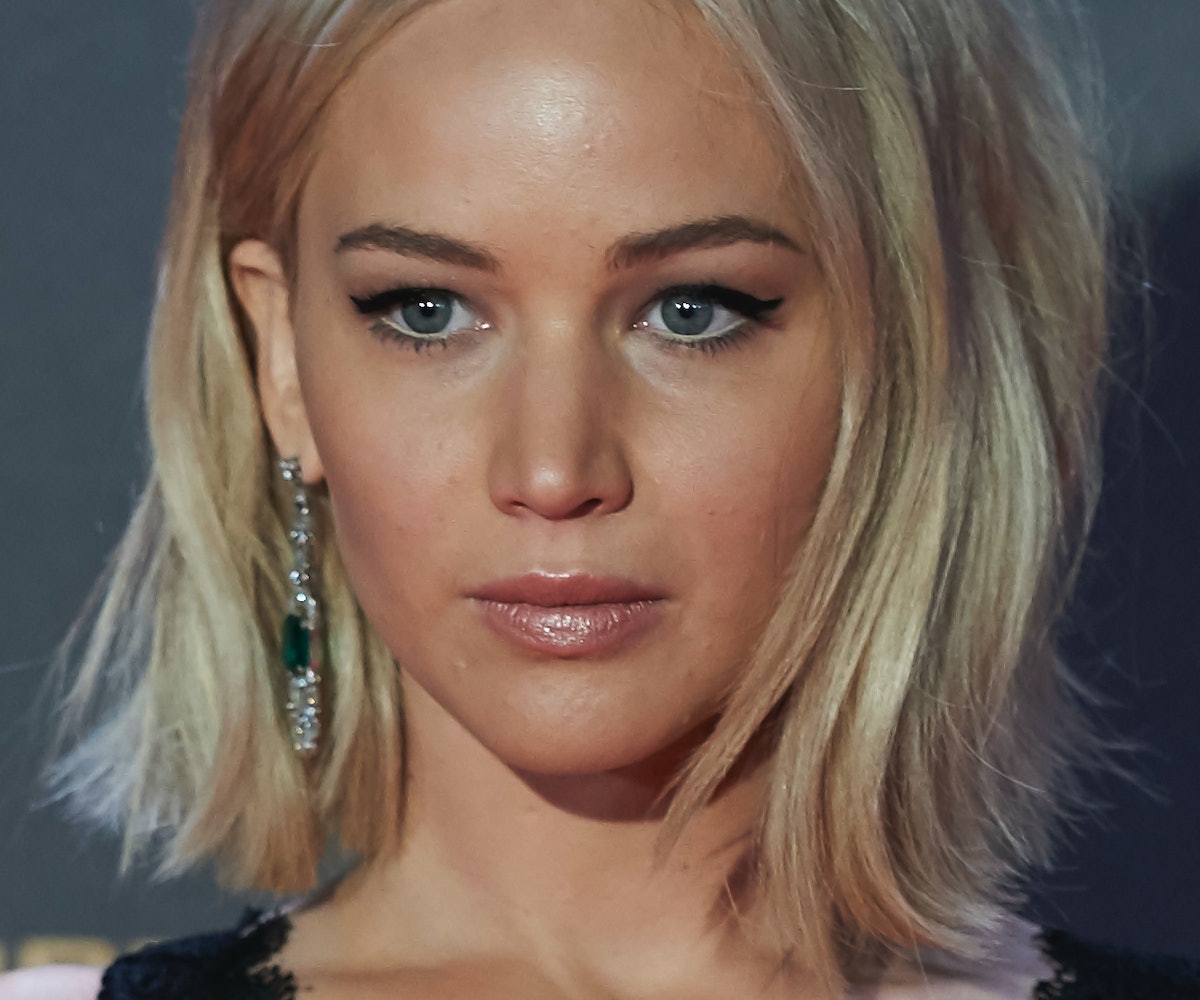 Jennifer Lawrence is poised to have one of her patented Decembers, in which she stars in a record-breaking blockbuster (the final Hunger Games movie), and follows it up with a prestige awards magnet (David O. Russell's Joy). So it's no wonder that Vogue decided to hand their December cover to JLaw, who makes her third appearance on the magazine's front page. And while the interview has yet to been released, it promises to feature Lawrence on "bold choices, fair play, and getting a date."

Judging by this cover, that last one shouldn't be too hard at all.