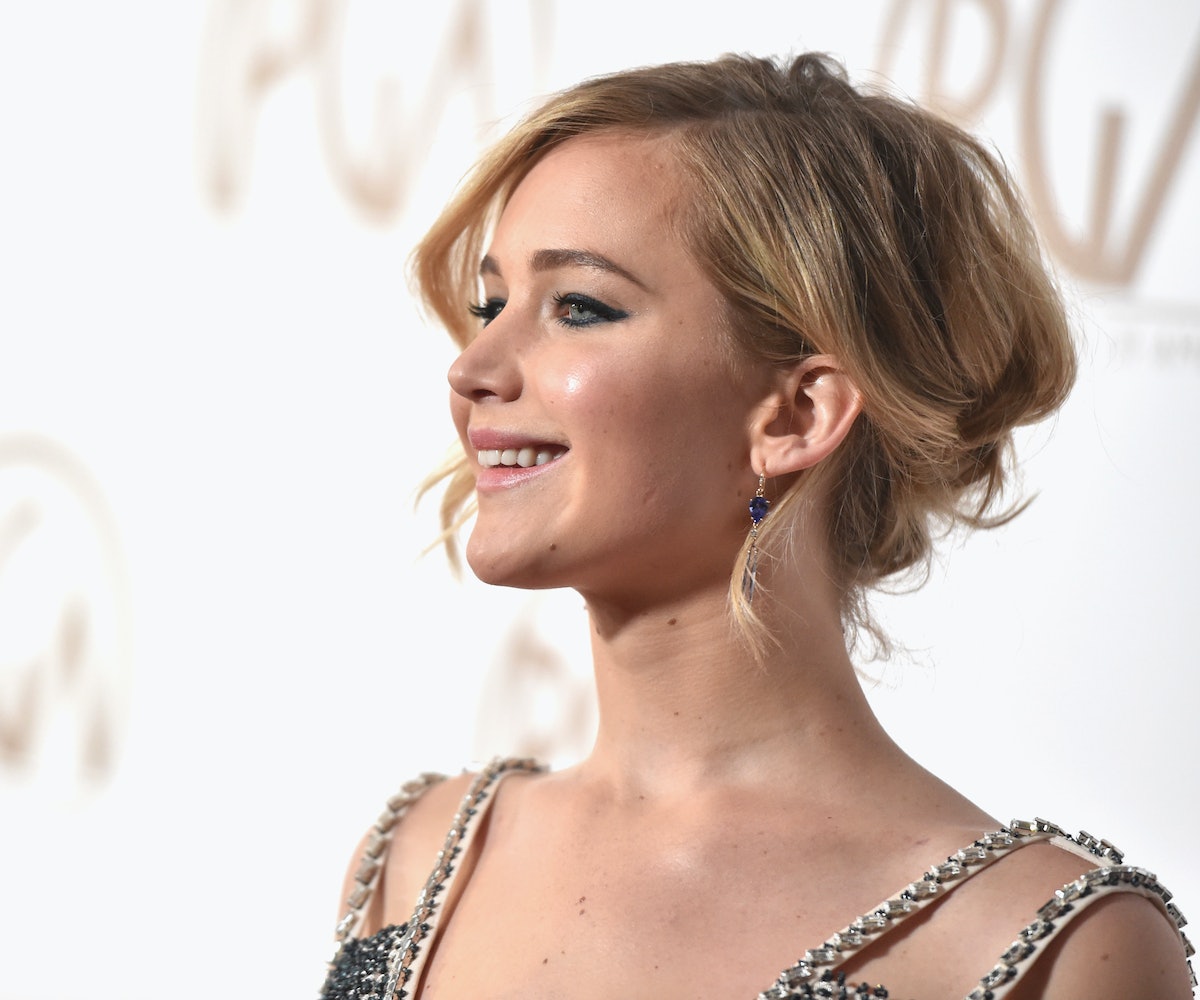 “If Donald Trump becomes president, that will be the end of the world,” Jennifer Lawrence told Entertainment Weekly in an interview with the magazine and her three Hunger Games: Mockingjay—Part 2 costars available Friday. Co-star Liam Hemsworth was quick to add, “I’ll back you up on that.” So, yeah, we know where they stand in the coming election cycle.

While the prospect of Commander In Chief Trump is a scary one, it’s hard not to smile thinking about the fact that a young woman who plays a character once trapped in a fight-to-the-death reality show co-created by an authoritarian president in a post-apocalyptic world is getting apocalyptic about the possibility of an IRL authoritarian president who himself oversaw a fight-to-the-career-ending-shame reality show. It’s tidy—and enough to make your head spin.

JLawr continued, “I genuinely believe that reality television has reached the ultimate place where now even things like this might just be for entertainment…It’s either that or it’s Hillary’s brilliant idea.” Now, far be it from us to call Lawrence’s political savvy or reality-show expertise into question, but, alas, Trump’s bid for executive office is about as real and awful as it gets—something she seems to acknowledge later in the interview:

"I was watching him on the campaign trail and one guy said, ‘I love Donald Trump because he’s saying everything I’m thinking and I just can’t say it because of the PC factor.’ And I’m thinking, ‘You are absolutely right. That’s who I want representing my country, somebody politically incorrect. That will just be perfect.’"

Be careful there, Jennifer: Donald Trump has absolutely no sense of irony and just might take your sarcasm as a ringing endorsement, thus using your sway as an Oscar-winning influencer to collect the youth vote and ride it into power. What then, Jen? What then?