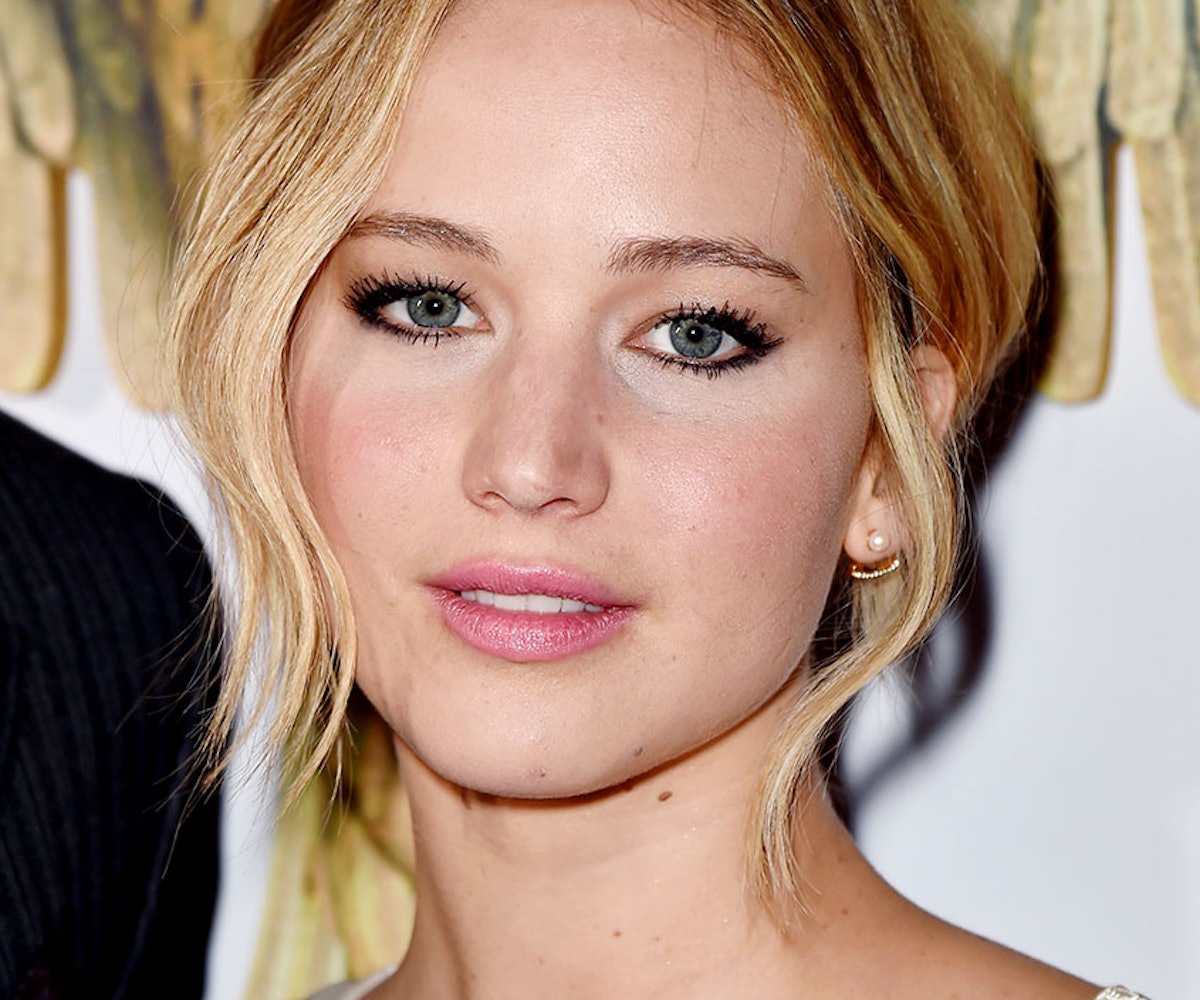 Late last year, as information from the Sony hacks was flooding online, it was revealed that both Jennifer Lawrence and Amy Adams made much less money on American Hustle than their male costars. The revelation touched off a debate about an ugly gender gap in Hollywood that wasn't surprising but still depressing. Since then, many actresses like Emma Watson and Amanda Seyfried have spoken about gender inequality in their industry, but Lawrence herself has remained silent.

That changed today, as the Oscar-winning actress has penned a surprise essay for Lena Dunham's feminist newsletter Lenny called, "Why Do I Make Less Than My Male Co-Stars?" Really good question, Jennifer Lawrence!

In her essay, which is peppered with jokes, the actress reveals that like us, she discovered the pay gap on the Internet through the leaked emails, and like us, she was shocked. But Lawrence didn't initially blame the system, and instead so her failure to negotiate for more money as a character flaw. "When the Sony hack happened and I found out how much less I was being paid than the lucky people with dicks, I didn’t get mad at Sony," she wrote. "I got mad at myself. I failed as a negotiator because I gave up early. I didn’t want to keep fighting over millions of dollars that, frankly, due to two franchises, I don’t need."

Only after reading the emails did it dawn on Lawrence that there was a marked difference between the way her male co-stars behaved and negotiated for higher salaries, a result of an industry that enabled them. Lawrence worried that if she played hardball, she'd likely be viewed as "difficult" or "spoiled." She wondered aloud why this was. "Are we socially conditioned to behave this way?" she asked." We’ve only been able to vote for what, 90 years? I’m seriously asking—my phone is on the counter and I’m on the couch, so a calculator is obviously out of the question. Could there still be a lingering habit of trying to express our opinions in a certain way that doesn’t 'offend' or 'scare' men?"

She then went on to describe a recent moment at work, where she gave an opinion in front of a male colleague who worked for her that became offended after she voiced an opinion in a non-confrontational way. But by the end, the most powerful and in-demand actress in Hollywood proclaims that she's through worrying what men think of her. As she so eloquently puts it, fuck that. "I’m over trying to find the 'adorable' way to state my opinion and still be likable! Fuck that. I don’t think I’ve ever worked for a man in charge who spent time contemplating what angle he should use to have his voice heard. It’s just heard."

To read JLaw's full essay, which we highly recommend you do, subscribe to Lenny here.