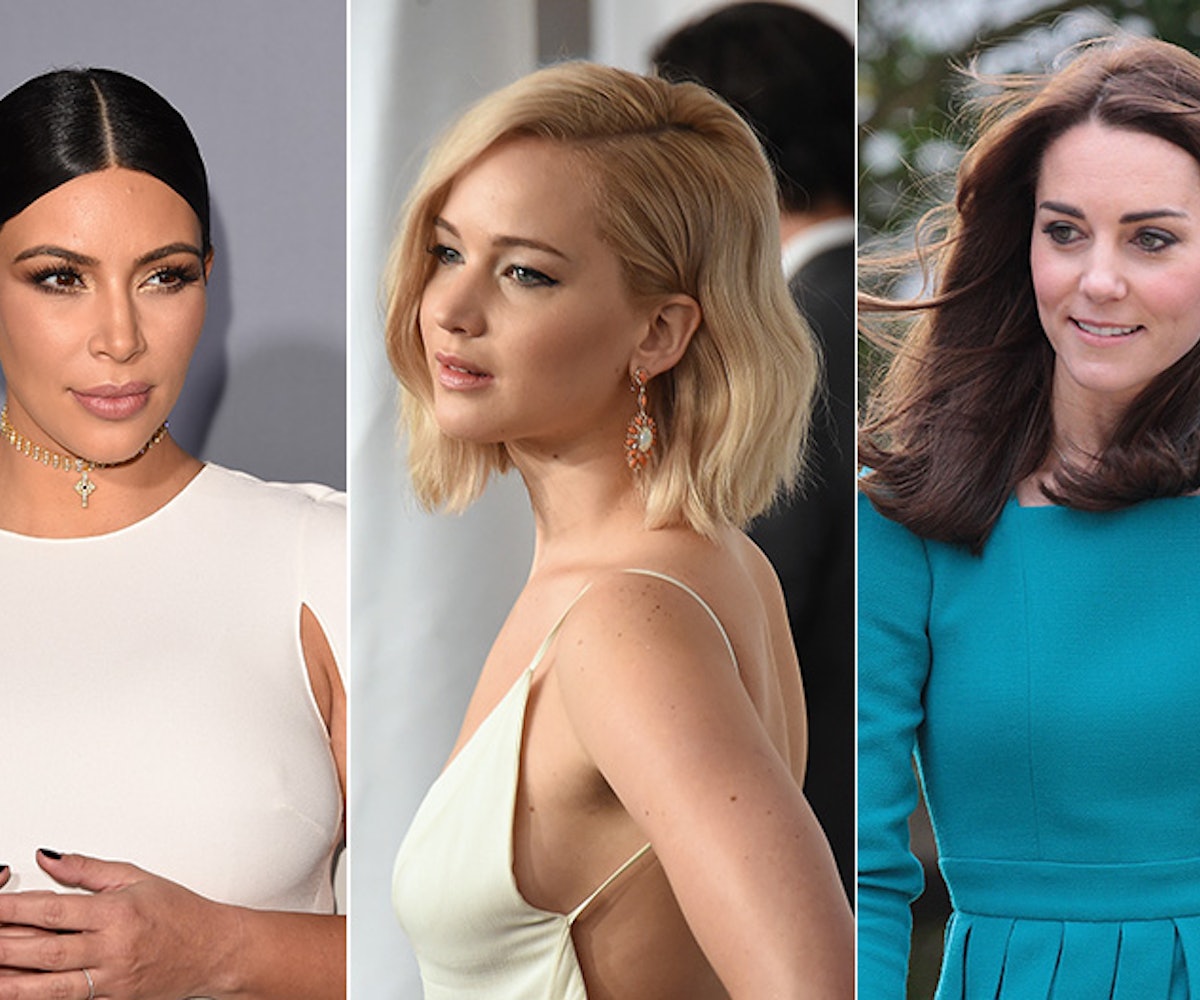 Here in America, we have The First Family. Those over in the United Kingdom have The Royal Family, but unlike The First Family, the Royals don’t do much in terms of governing a nation or politicizing. So, when someone like Jennifer Lawrence compares Kim Kardashian West to Kate Middleton, she’s not shouting from left field.

“Oh, my God!” Lawrence told E! News about the recent birth of Saint West, at a press event promoting her new movie Joy. “It was like when Princess Kate was having a princess. I can't wait for it to be 16 years from now; we'll have a teenage princess. That's just the same in America and we'll have a little prince.” Somewhere, there are slew of folks cracking their fingers, itching to comment and shout how wrong Lawrence is into the digital abyss.

It might be a stretch, sure (uh, what about Beyoncé and Jay Z, JLaw?), but when you consider how famous the Royals are in their country, it makes some sense. Though, unlike the births of Princess Charlotte and Prince George, neither North or Saint West culled much pandemonium outside of America.