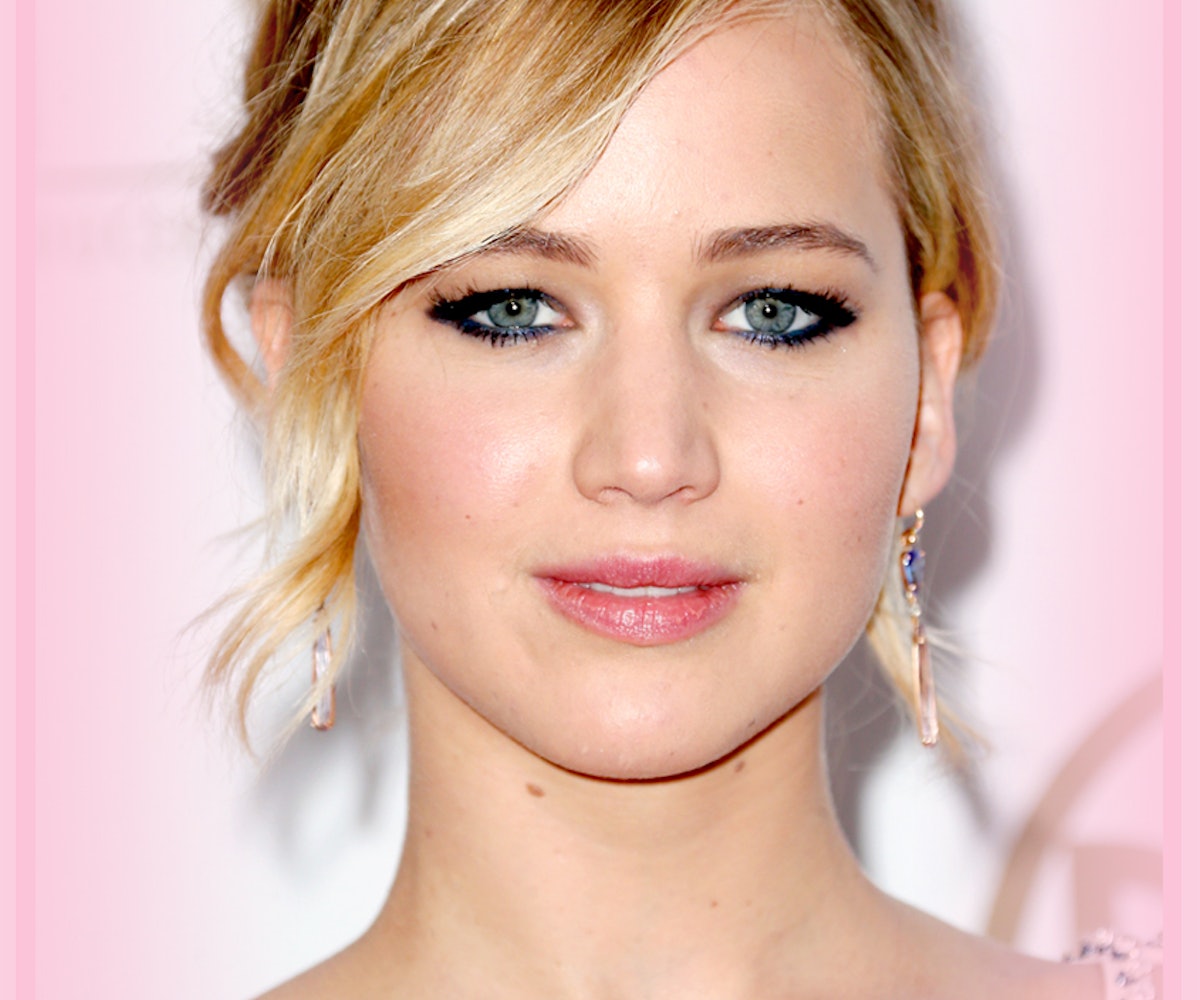 Jennifer Lawrence sees Rihanna's shark photos and raises her one very large snake: Her shoot for Vanity Fair's March issue features a Colombian red-tail boa constrictor and not much else. It's a direct reference to Nastassja Kinski's iconic 1981 naked Vogue shoot with a snake, only considerably more Jennifer Lawrence-y (that's an art term for casual, found-art that prefers to eat burgers than, say, crudites).

You know what this is? This is that scene at the end of Wayne's World where Cassandra is trying to do her shoot and the snake falls asleep because it is such a bad idea for a video. That's what this moment is: Un-rock-and-roll. Which is okay, Jennifer Lawrence doesn't have to be rock-and-roll, she just has to be herself. That snake, however, is a different story. In order to drape so casually over her naked body, we assume the snake friend had to focus on its breathing and not on the fact that it skipped breakfast.

And, though we do not claim to speak for or even identify as an anaconda, we do believe it would want some if it got those particular buns. Hun?