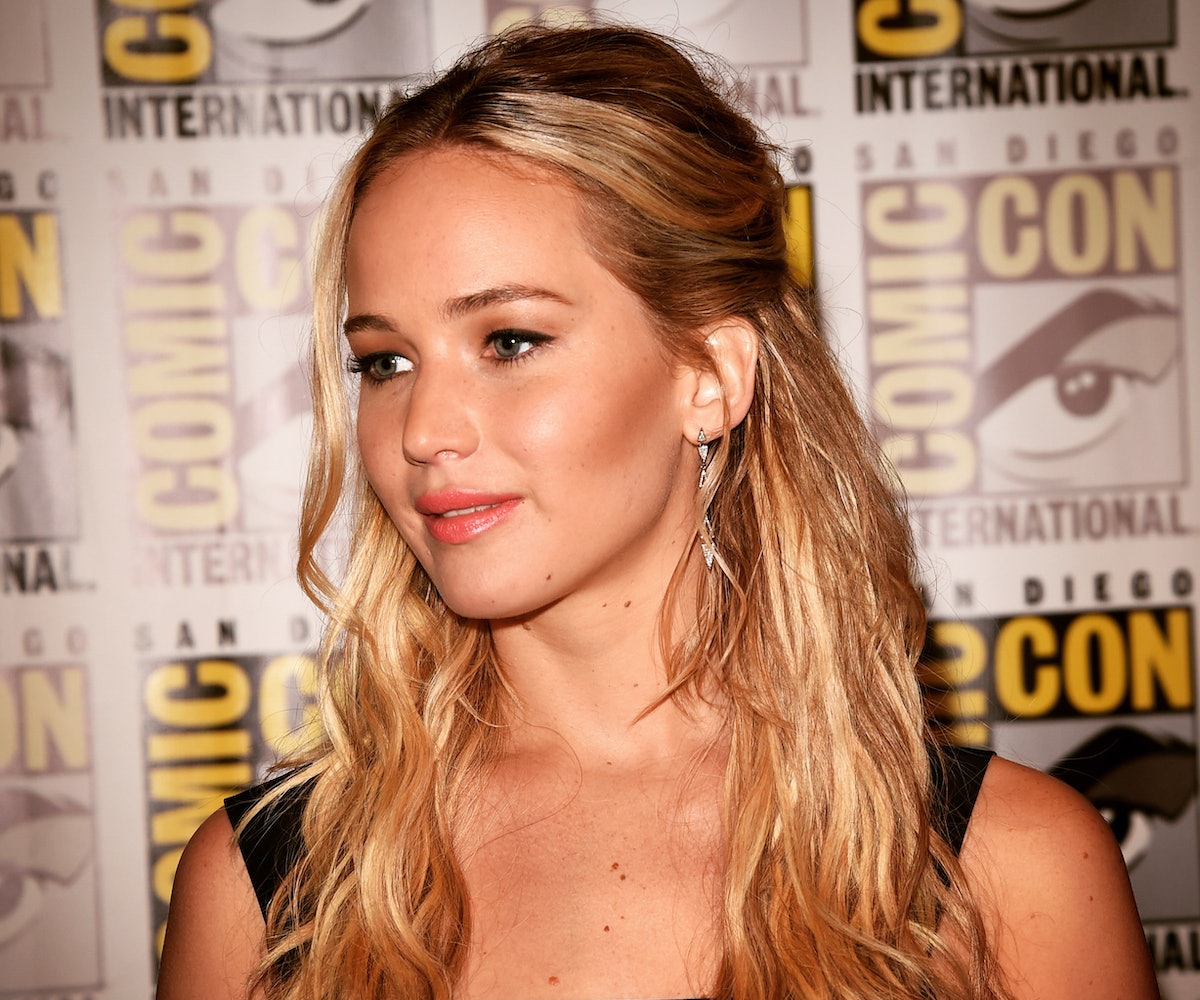 While Jennifer Lawrence is in San Diego promoting her two mega-franchises and impersonating Cher, Sony is busy popping some Champagne after having locked the star up for yet another one of their projects. Lawrence is already slated to star opposite Chris Pratt in Sony's sci-fi love story Passengers, and now The Hollywood Reporter says that Lawrence is also onboard for their more earthbound romance The Rosie Project.

From the red-hot writing duo Scott Neustadter and Michael Weber, who wrote (500) Days of Summer, The Spectacular Now, and The Fault in Our Stars, the new film tells the story of a genetics professor (the yet-to-be cast male lead) who devises a method of finding a perfect mate. But then he meets the titular Rosie, who, in her "whirlwind manner" is the opposite of everything he should scientifically be looking for in a woman, because she looks (and probably acts) like Jennifer Lawrence, he falls in love with her. Think of it as Silver Linings Playbook with equations.