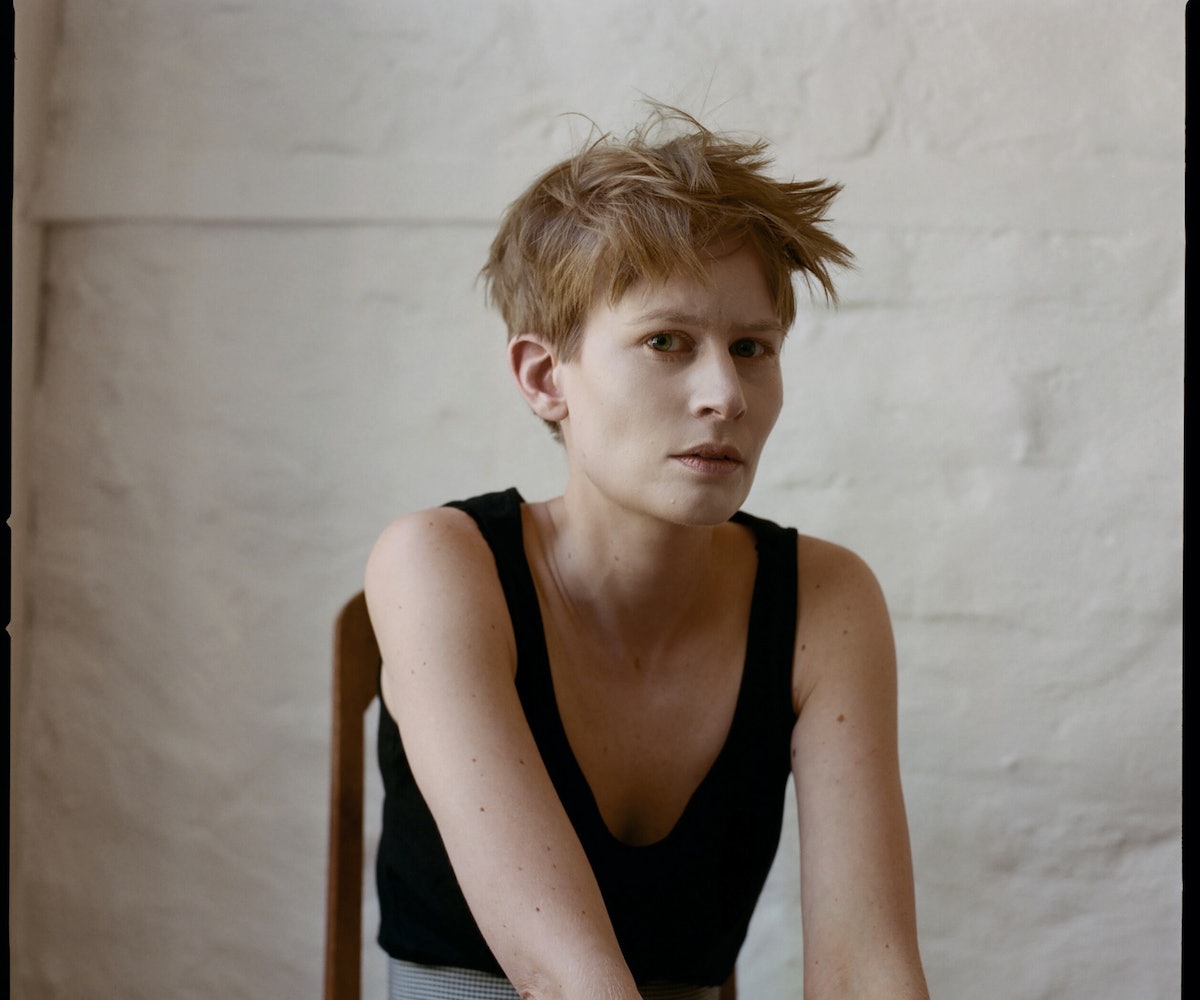 Photographed by Kim Jakobsen To. Styled by Jeanette Gjerde Olsen.

Concept albums, by definition, are not random occurrences. Somewhere along the line, the artists who make them generally have to decide to do so. Ask Jenny Hval what made her decide to write a record about lunar cycles, time-traveling vampires, and the flow of menstrual blood, however, and her answer might surprise you: She didn’t—at least not intentionally. Which means that Blood Bitch may be the first concept album in history to have happened by accident.

“All of the themes of this album, all the stuff I’ve written about it—that came after it was finished,” admits the Norwegian singer-songwriter. “When an album is presented to journalists, there’s a press release that comes with it, and that makes it sound like I sat down and thought, ‘What shall this album be about?’ But although it might seem like I was planning ahead and being very clever, I have to emphasize that when I made this album, I was feeling very stupid.”

Literate, challenging, thoughtful, provocative—there are plenty of words you could use to describe Hval, but “stupid” certainly isn’t one of them. Over the course of her discography, she has carved a niche for herself as one of the smartest, most singular voices in pop music—and, yes, despite her amorphous, experimental approach to melody and song structure, she does still consider herself a pop artist. “You can look at it in a couple of different ways,” she says with a smile. “If you see pop music as a product, as finished songs, my music is something very different. But if you see it as an artistic discipline, an exploratory process of sound-making—that’s how I like to think about it.”

That’s the spirit in which Blood Bitch was made: an automatic, unthinking frenzy of creation, resulting in a record of dark, dissonant electronica that owes as much to the music of Hval’s youth (raised in Norway’s equivalent of the Bible Belt, she came to inhabit “a private satanic world” of doom metal) as it does to her last album, 2015’s Apocalypse, Girl. “I didn’t really know what I was doing, or what I was writing about, and that was the aim from the start: to make something that was very spontaneous,” recalls Hval. “I wanted to make something that I didn’t have time to process, refine, and rewrite, and I was surprised by how eloquent the music could be without having a predefined framework for it. Lasse [Marhaug, Blood Bitch’s co-producer] and I really don’t know why we’re so happy with this album, because it almost seemed as though we did nothing. I feel like anybody could have made this album.”

Yet Blood Bitch didn’t exactly come out of nowhere. During the recording of the album, the singer became obsessed with the schlocky exploitation cinema of the ‘70s, particularly the films by Spanish director Jesús Franco, the man responsible for such nefarious top-shelf classics as Vampyros Lesbos and The Bare-Breasted Countess. As Hval explains, “Very often, these films are full of nudity. They’re filmed very fast and very cheaply, and it’s a depiction of sexuality that sells because it’s cheap. I found that very open and liberating, as opposed to things that are very perfected. And of course, there was so much blood in these films! As I was watching them, in my brain—all the female characters from these films, and all the blood that was spilled in them—it all combined to form a sort of menstruation cult.”

She may not have known it at the time, but Hval was making an album about what she calls “the red-and-white toilet roll chain which ties together the virgins, the whores, the mothers, the witches, the dreamers, and the lovers.” The overriding theme of Blood Bitch, she says, “is that menstrual blood is something that’s shared amongst everybody, not just women. There’s a tendency to think of it as a female thing. You take power from something when the world tells you, ‘This is only for women,’ but really it concerns 100 percent of the population because menstrual blood is the most powerful blood there is. Women only have it in the middle of their lives, but even for people who don’t have it, it’s still there: You hate having it, or you dream about having it; you dread it, or you can’t wait to get it. It’s a wonderful part of life and desire—and death.”