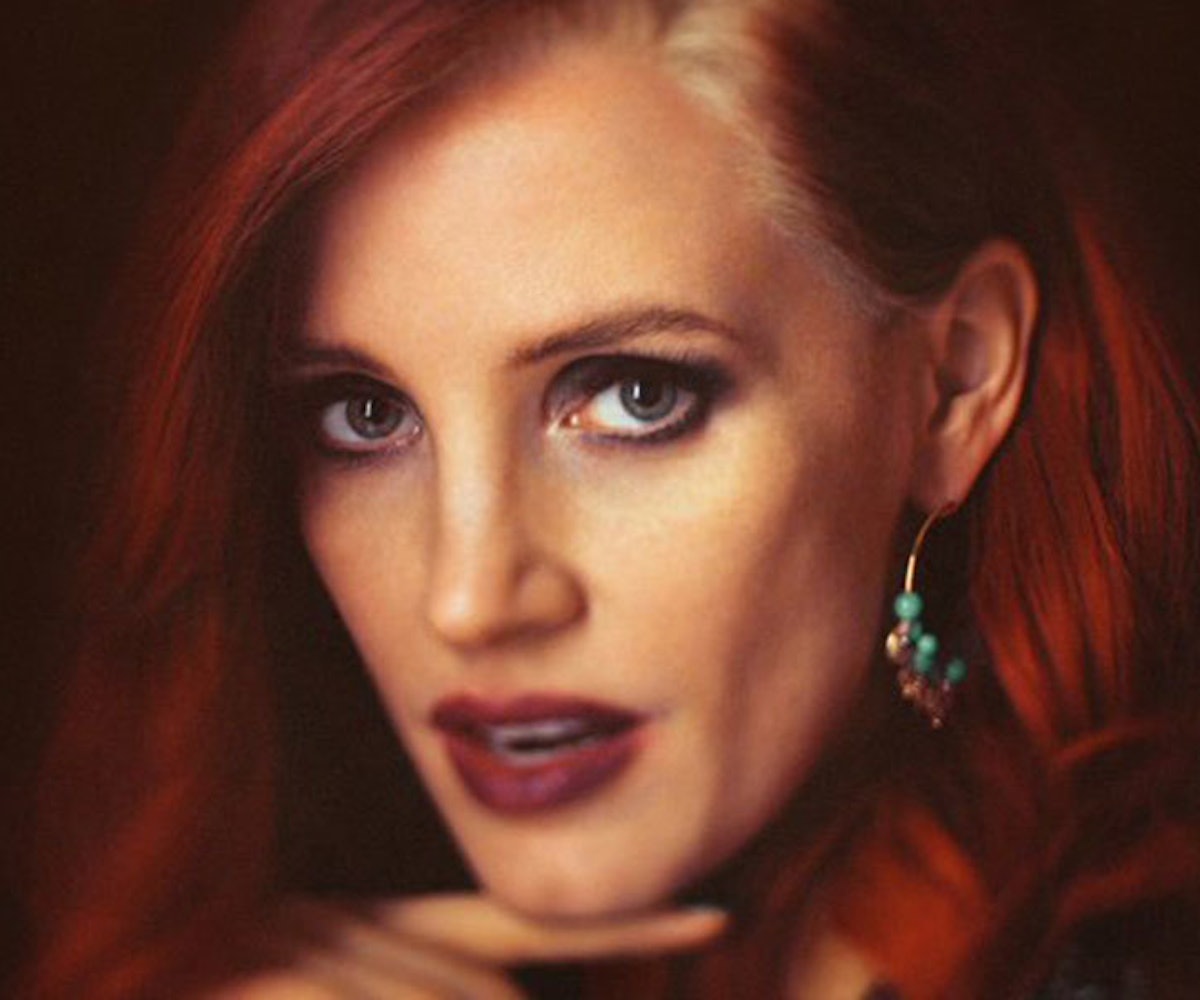 This news comes as a bit of a surprise considering Chastain's fiery-haired character dominated early promotional material for the movie. From her character poster to the first-glimpse press imagery and BTS photos, Chastain's role appeared to be central to the film's plot. And, in a way, it was. Chastain's character was a ruthless gossip columnist, similar to Rita Skeeter of the Harry Potter world, most likely covering the events of fictional celebrity, John F. Donovan, whose death serves as the plot's tentpole.

However, after what Dolan says was a four-hour first cut of the film and "a long period of reflection," her character was not necessary anymore. Dolan writes in a lengthy Instagram post:

What you need to hear from me is Jessica Chastain’s character, after what was a long period of reflection, had to be cut from the film. It was an extremely difficult decision to make. I feel, toward Jessica, a sincere love, and a great admiration. The decision was editorial and narrative, in that it has nothing to do with a performance, and everything to do with a character, and the compatibility of its storyline. This “villain” subplot, albeit funny and entertaining, didn’t feel like it belonged to the rest of the story, which ended up not being on heroes or their nemesis, but rather on childhood, and its dreams. There is, in this film, a conversation on show business, yes, but it was in the family dynamics—and, once again, in mothers and sons relationships—that the heart of this film resided.

Too often casting and narrative decisions aren't public knowledge. Dolan's transparency is to be commended and highlights the artistry of filmmaking, editing, and storytelling that gets glossed over by Hollywood's shine. Addressing Chastain's character being cut head-on immediately clears the air, leaving no ifs, ands, or buts to question. Chastain, too, has publicly addressed the decision, choosing to honor the art of it all.

"I am always impressed with your true commitment to telling a story," Chastain writes. "To be an artist in each moment, you move beyond past ideas and expectations. I love you dearly and look forward to our future collaborations in life and art."

Honestly? We do, too. Perhaps there's enough material from that four-hour cut to create a villain-only story for Chastain's character.