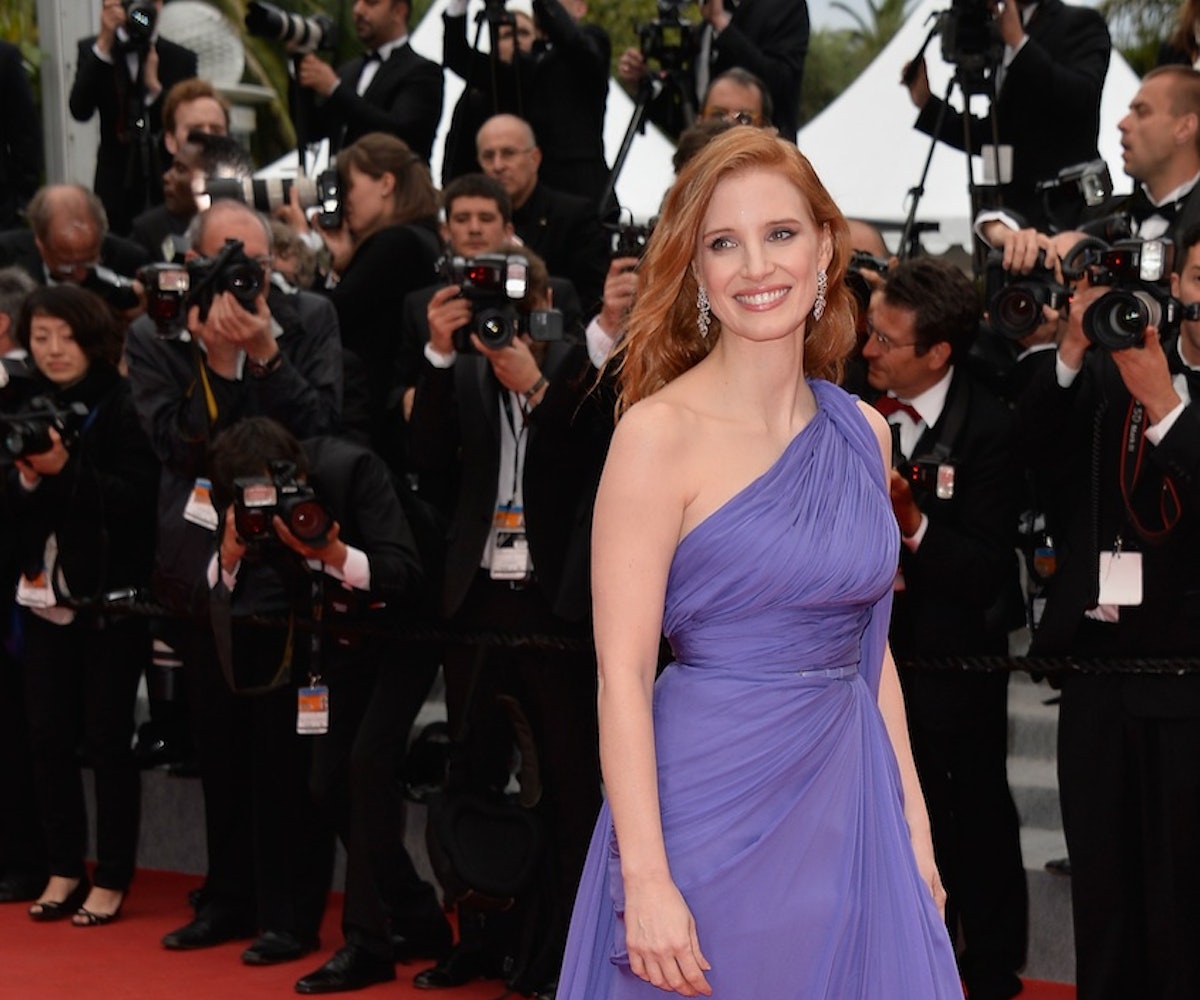 Details on the second season of True Detective might be limited--although we do know that it will follow the "secret occult history of the United States transportation system"-- but major casting news is shaking things up! Enter Jessica Chastain, the Zero Dark Thirty star who's reportedly been offered the lead role in the series. If she can kick ass like she did in the Oscar-winning flick, then we're pretty sure she can handle the new version of the Yellow King...but what do you think?! (Nerdist)

Now that she's taught the masses the art of the Eyeko cat eye, Alexa Chung has another epic collab up her sleeve. These time it's with Nails, Inc., the UK-based company whose campaign Chung fronted last season. She's working with the brand on the fall 2014 collection now, so make room in your nail polish for that and get a sneak peek now. (Fashionista)

In "Stuff that you have to see to believe" news, Pharrell Williams is a lampshade designer now. Insert "shade" jokes here. (MTV Style)

Wanna be in the new Star Wars: Episode VII movie? JJ Abrams wants you....and he's willing to cast you for a good cause. The famed director is running a contest for those who want to donate to UNICEF, and for every $10 given, you'll be entered for a chance to appear in the film. Click here to get the lowdown! (CinemaBlend)

Mary-Kate and Ashley break down their beauty icons, makeup routines, and red carpet philosophy for Byrdie. And turns out, the twins' ideas on all three aren't that different. "My beauty icon has always been Lauren Hutton," Ashley said. It's just everything that she represents as a woman. It's her beauty, inside and out. She's an incredible woman who's lived an amazing life and I think it really shows in her spirit, and the way in which she presents herself." And Mary-Kate? "She took my answer!" Really famous sisters...they're just like us?! (Byrdie)