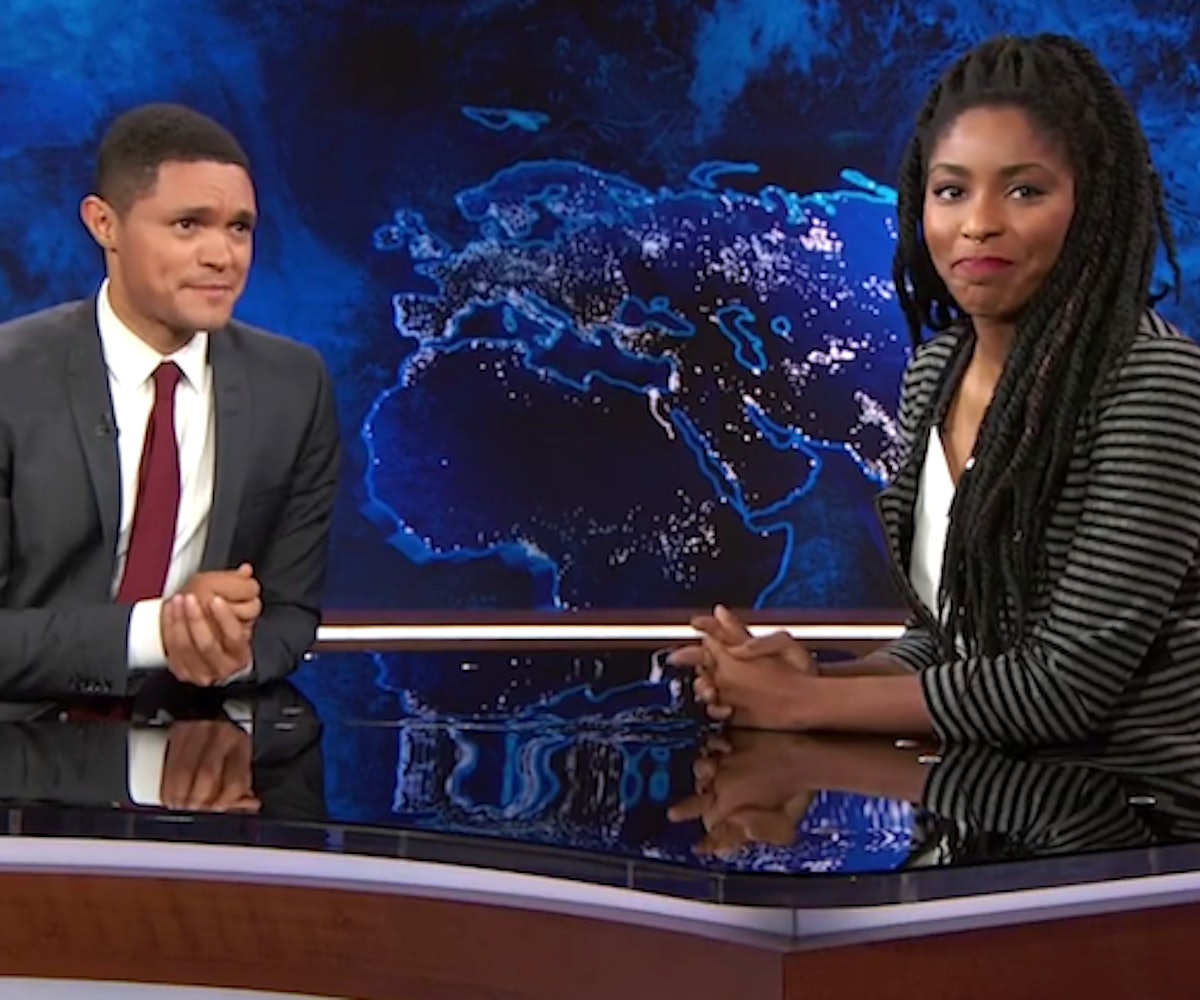 This week, we were heartbroken when we found out that Jessica Williams was leaving The Daily Show (for an exciting new gig, though). Last night, she broadcast her final episode as a senior correspondent on the program that she has been a part of for the past four years.

Williams’ final field piece shed light on Bernie Sanders’ “Bernie bros” and their decision to support Donald Trump rather than Hillary Clinton in the upcoming presidential election. (A logic that still has us scratching our heads in confusion.)

Following the segment, host Trevor Noah played a reel highlighting some of Williams’ best moments on the show including her stellar defense of Beyoncé’s Super Bowl halftime show. Naturally, Williams broke down in tears. At the end, Jordan Klepper, Hasan Minhaj, Roy Wood, Jr., Desi Lydic, and Ronny Chieng came out on the floor for a group hug.

Saying goodbye is never easy, but at least Williams is on to bigger and better things within the Comedy Central network. Watch her grand exit in the video, below.