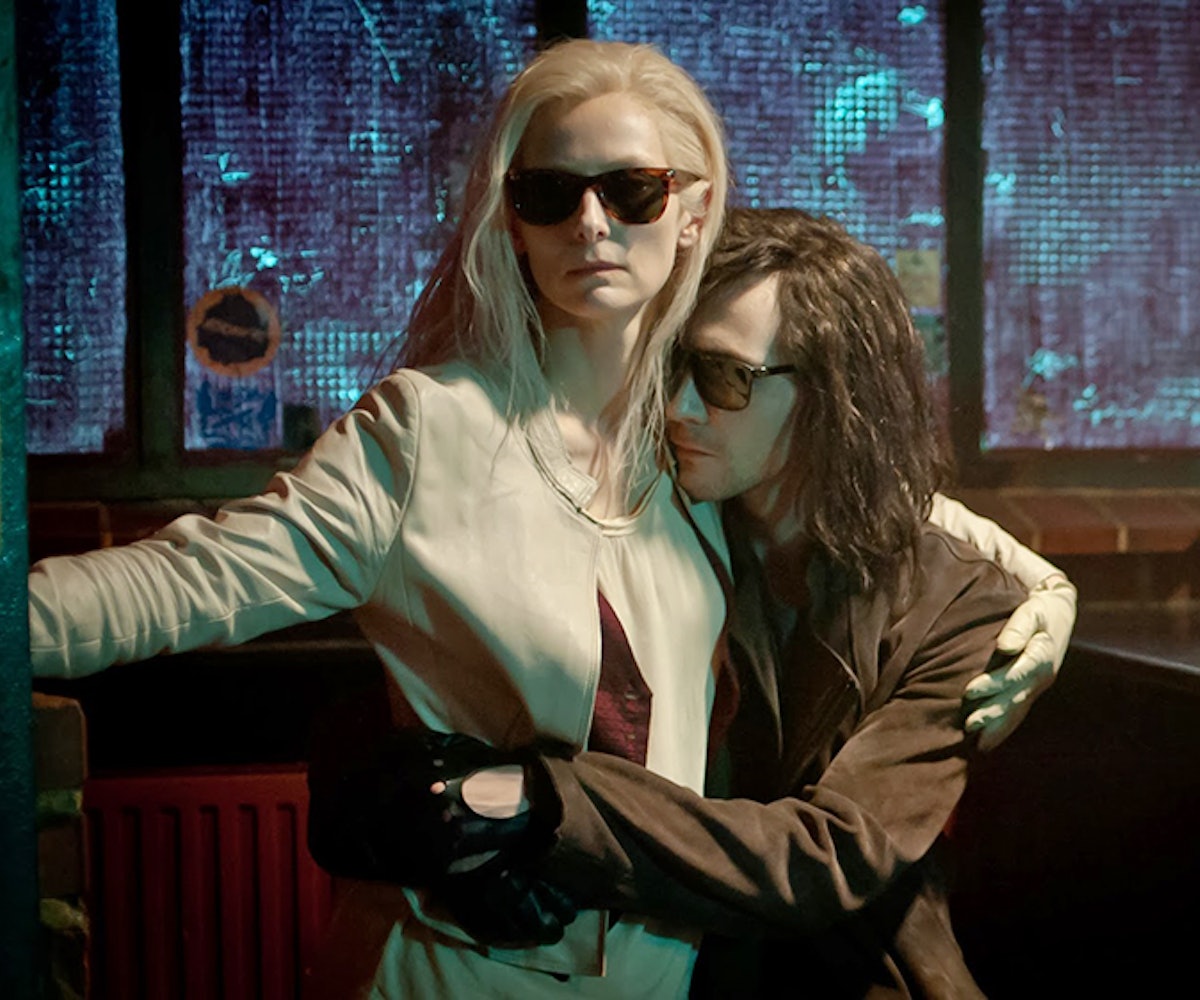 If you could live forever, what would you do?

In Jim Jarmusch's newest film, Only Lovers Left Alive, his vampire protagonists have stood the test of time to become skinny-jeans-wearing creatives living on the fringe of modern society. Eve, played by Tilda Swinton with raging white-blonde hair that makes her look like a three dimensional Klimt heroine, is a well-adjusted thinker living in a Tunisian apartment riddled with books. She FaceTimes with her white iPhone 5, strolls through the city at night, and dresses like a version of Patti Smith who was run through the washing machine with too much bleach.

Her lover and husband three times over, Adam, played Tom Hiddleston at his babe-est, is her polar opposite. A genius composer and collector of guitars, he lives holed-up in Detroit, avoids technology (and humanity) at all costs, and trudges through his home shirtless with frayed hair looking like a reborn Jim Morrison.

The story that plays out between the two (with supporting appearances by Anton Yelchin, Mia Wasikowska, and John Hurt), is one of aimless creativity and nostalgia. Adam and Eve have boundless potential, but after eternities of living under the constraints of vampire life (you know, no sunlight or garlic bread... and the constant having to move lest anyone be suspicious of one's inability to age), they seem like two teenagers during that restless summer between high school and collage--having so much to say, to do, to feel, but with good outlet express any of it it without breaking mom and dad's rules.

The film plays out in this dramatic limbo. Swinton and Hiddleston are a mesmerizing duo with perfect comedic timing, and with long musical interludes the movie as a whole feels like a beautiful music video you could watch for hours on end. So grab some popcorn and your best bud and enter the addicting, elegant world of Only Lovers Left Alive.