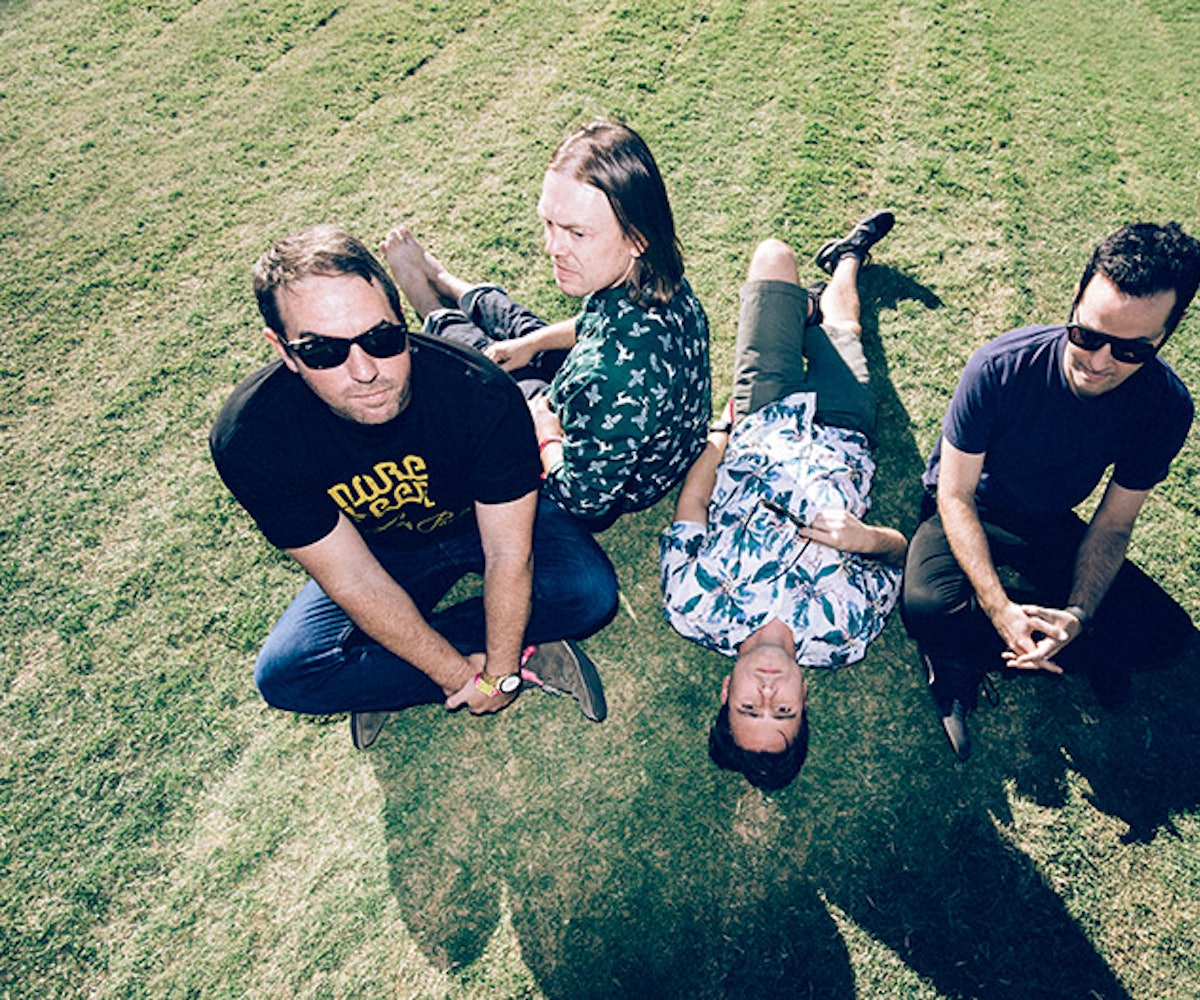 Jimmy Eat World is not the same band that soundtracked your "It's not 'just a phase,' mom" days. They're wiser and more in tune with the world around them than ever before. But, at the same time, the world is just as uncertain and confusing as ever. It's that fact that helps make the band's ninth studio album, Integrity Blues, so effortlessly nostalgic and timeless at the same time.

Stretched over 11 tracks, Integrity Blues taps into the same vein Jimmy Eat World's previous albums have, only this time, with a newfound sense of security. Songs like "Sure And Certain" and "The End Is Beautiful" seek a feeling of release and freedom. The album's lead single, "Get Right," is aggressive, and despite the unease that pulses through it, carries a sense of agency. Jim Adkins and his band aren't throwing their hands up and wallowing in some idea of a standstill life. They're pushing forward, seeking an experience and sense of purpose beyond the immediate. Tracks like "You Are Free" remind the listener that life doesn't have to be the way it is, that with a little effort and self-realization, a more fulfilling existence is possible. Like the album's title touts, it is possible to feel lost and down with integrity. "It's all what you do when no one cares," Adkins sings on the album's title's track. "The world moves anyway." Indeed, it does. Better make the most of it while you can and do so with a sense of virtue.

Ahead, catch up with the band in our exclusive interview before Integrity Blues drops Friday, October 21.

It's been three years since your last album, what have you been up to in that time?

Jim Adkins: A lot of the time was spent on the road. Playing live is a big part of what we do, and we enjoy it. We spent maybe about a year and a half touring for Damage, trying to get to as many places as we could. We did a series of shows based around the anniversary of our album, Futures. Then we decided to take a year off from the band, completely, which was something we haven't done ever. We all fanned out and did different stuff. I decided to do a bunch of acoustic shows, me and a guitar. Our bass player, he makes gin and whiskey. He's legal; he's above the board. He has a distillery in Arizona. Zach [Lind] made a couple EPs with the project he did with his wife, called The Wretched Desert. Then we just got back into it. We spent a year off and then turned on the switch and said, "Let's really dive in and make it something that we feel is out best work."

You’ve said before that you became “Yes Men” when making this album. Can you unpack that for us?

JA: I think when you've been doing something as long as we have, especially in a creative capacity, you develop certain strengths. You might not even realize you're doing it, but when you're faced with a musical problem or puzzle, like writing a song or recording a song, you just execute the solution to that without questioning it too much. It’s important you stop that process and really ask yourself, "Is this really the best answer for what we want to try to do with this song or is it just what we're familiar with?" When you dig in that area, you might end up on a different path that may be uncomfortable. It leads to an unknown path because you're not going to get what you're used to. It's somewhat counterintuitive because it goes against your ego. When you start saying yes to those ideas that pop their way in, it might take a little more extra effort and might put you in an uncomfortable place to execute that. The reward for chasing that is you end up in a place that you never would've expected, and that's an amazing place to find yourself. That's where you feel reward from challenging yourself.

JA: I think the value of uncertainty is it's accepting reality. Everything is uncertain. The idea that things are certain is imaginative. The best, I think, any of us have is that we're all in a state of progress, and when you embrace the uncertainty of the outcome and put your energy toward the quality of your effort, that's where you find sustainable reinforcement of your self-worth and personal happiness. If you let go of the outcomes and focus on your effort, nothing can really touch you.

What song off Integrity Blues fits the following situations:

Waking up in the morning?

Zach Lind: I think "Pass the Baby" would be great for waking up in the morning because it's the alarm clock that wakes you up slowly, but then you really have to get out of bed and turn it off. It gets very loud.

JA: I think "Pol Roger" is a good one for solitude. That's the album closer. It's about finding the peace of being alone, but not lonely.

Getting ready and going out?

JA: The pre-game mix. "Pretty Grids" would be a good pre-game going out track, for sure.