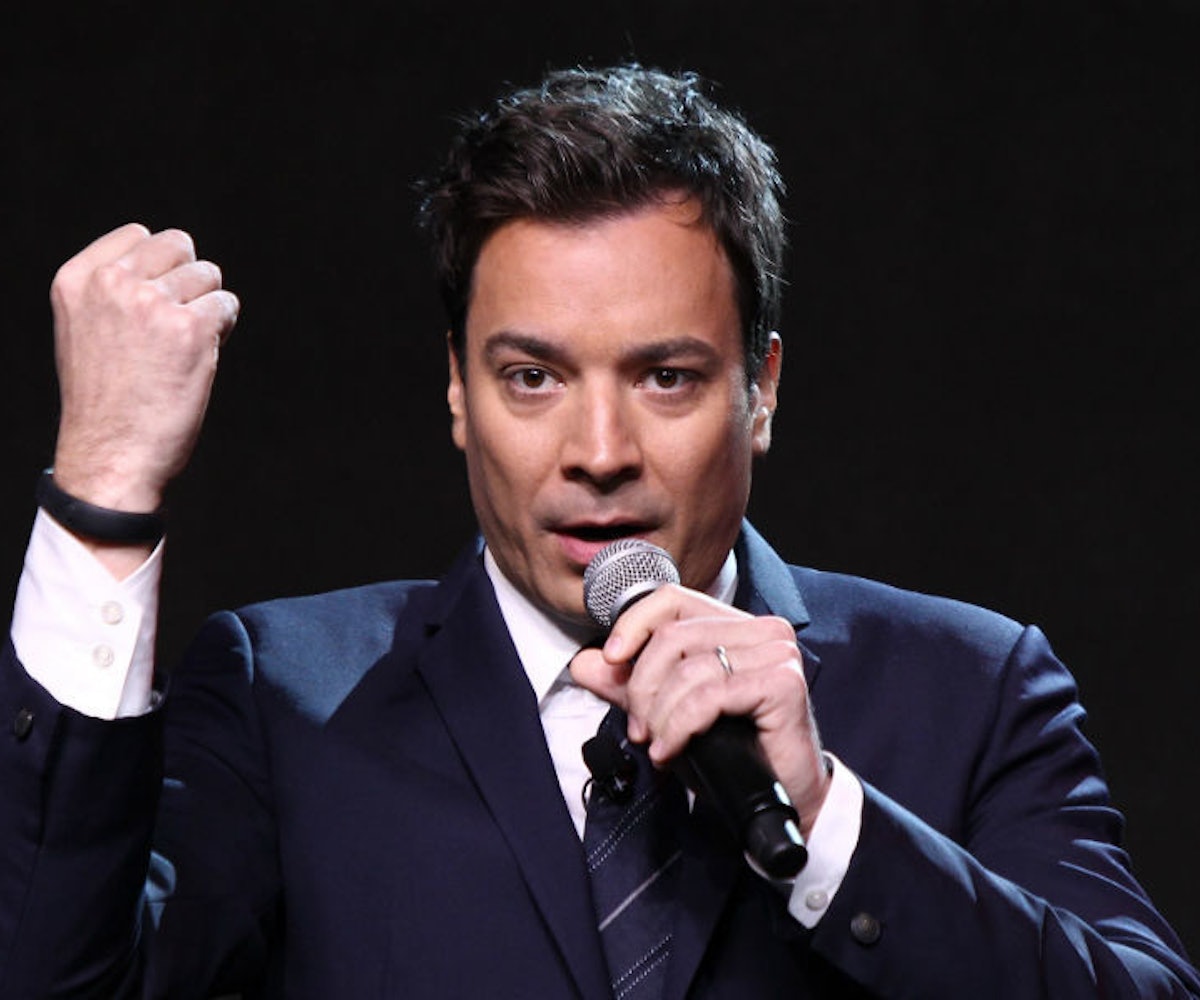 Jimmy Fallon and Donald Trump are still going at it.

It all started when Fallon did an interview with The Hollywood Reporter in which he apologized for “humanizing” Trump when the now-president appeared on his show in 2016. Catching wind of this, Trump called on Fallon to “be a man” and his actions “whimpering” on Twitter. Fallon then announced that he was making a donation to RAICES in honor of Trump's childish tweet. You’d think that’d be the end of it, right? That they both would drop it and Trump would move on to, you know, actual presidential duties. Nope.

During Monday’s South Carolina rally, Trump took more digs at the late-night host. “Did you see Jimmy Fallon?” he asked the audience. “The guy screws up my hair, going back-and-forth… He apologizes for humanizing me. Poor guy, because now he’s going to lose us all.” He went on to state that Fallon is “a nice guy,” but that he “looks like a lost soul.”

Later that night on the show, Fallon gave a shout-out to the show’s number one fan, the President of the United States. He quickly recapped what happened, pointing out that Melania Trump’s anti-bullying campaign doesn’t seem to be working. “When I saw Trump had insulted me on Twitter, I was going to tweet back immediately, but then I thought I had more important things to do,” he said. “Then I thought, Wait, shouldn't he have more important things to do? He's the president! What are you doing? Why are you tweeting at me?”

The late-night host then threw in some other jokes: “A new poll found that 58 percent of Americans think president Trump is intelligent. In response, Trump was like, ‘Okay, what did the other 58 percent say?'" He continued: "And today at the White House, Trump met with the King and Queen of Jordan. Which got awkward when Trump thanked the King of Jordan for giving us Michael.”

You can watch Fallon’s full segment below.

Trump hasn’t tweeted in response just yet, but we’re hoping he, like, gets distracted by something shiny and doesn't. Same for Fallon.