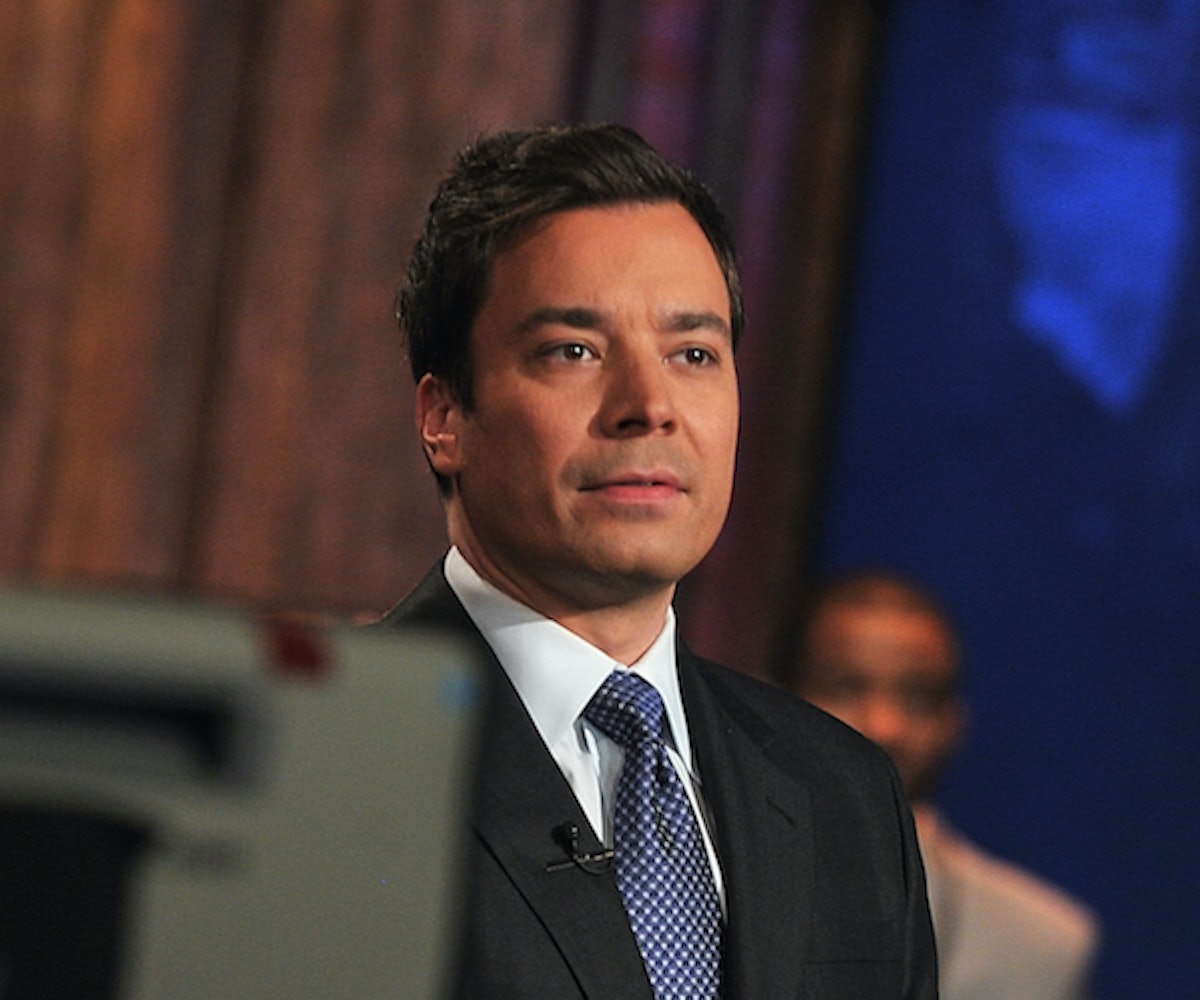 Jimmy Fallon has made a donation in Donald Trump's name to RAICES, the Refugee and Immigrant Center for Education and Legal Services, after the president told him to "be a man" on Twitter. Trump's tweet was made in response to an interview Fallon did with The Hollywood Reporter, in which he expressed his regret in petting Trump's hair when he interviewed him on his talk show in 2016.

While speaking "through tears" to the publication about the backlash he faced for "humanizing" Trump, Fallon apologized and said he doesn't "want to make anyone angry—I never do and I never will. It’s all in the fun of the show. I made a mistake. I’m sorry if I made anyone mad. And, looking back, I would do it differently.” Fallon also added that people "ganged up" on him after that incident.

Trump, in response to those comments, called Fallon "whimpering" and claimed that he "seriously messed up" his hair (yes, really) on the show. "@jimmyfallon is now whimpering to all that he did the famous 'hair show' with me (where he seriously messed up my hair), & that he would have now done it differently because it is said to have 'humanized' me-he is taking heat," he wrote. "He called & said 'monster ratings.' Be a man Jimmy!"

Fallon then announced that he would be donating to RAICES in response to Trump's tweet. At the time of writing, the nonprofit organization has raised over $20 million to help reunite immigrant parents separated from their children. Time reports that the fundraiser is the platform’s largest one yet.

Find out how you can help unite separated families here.