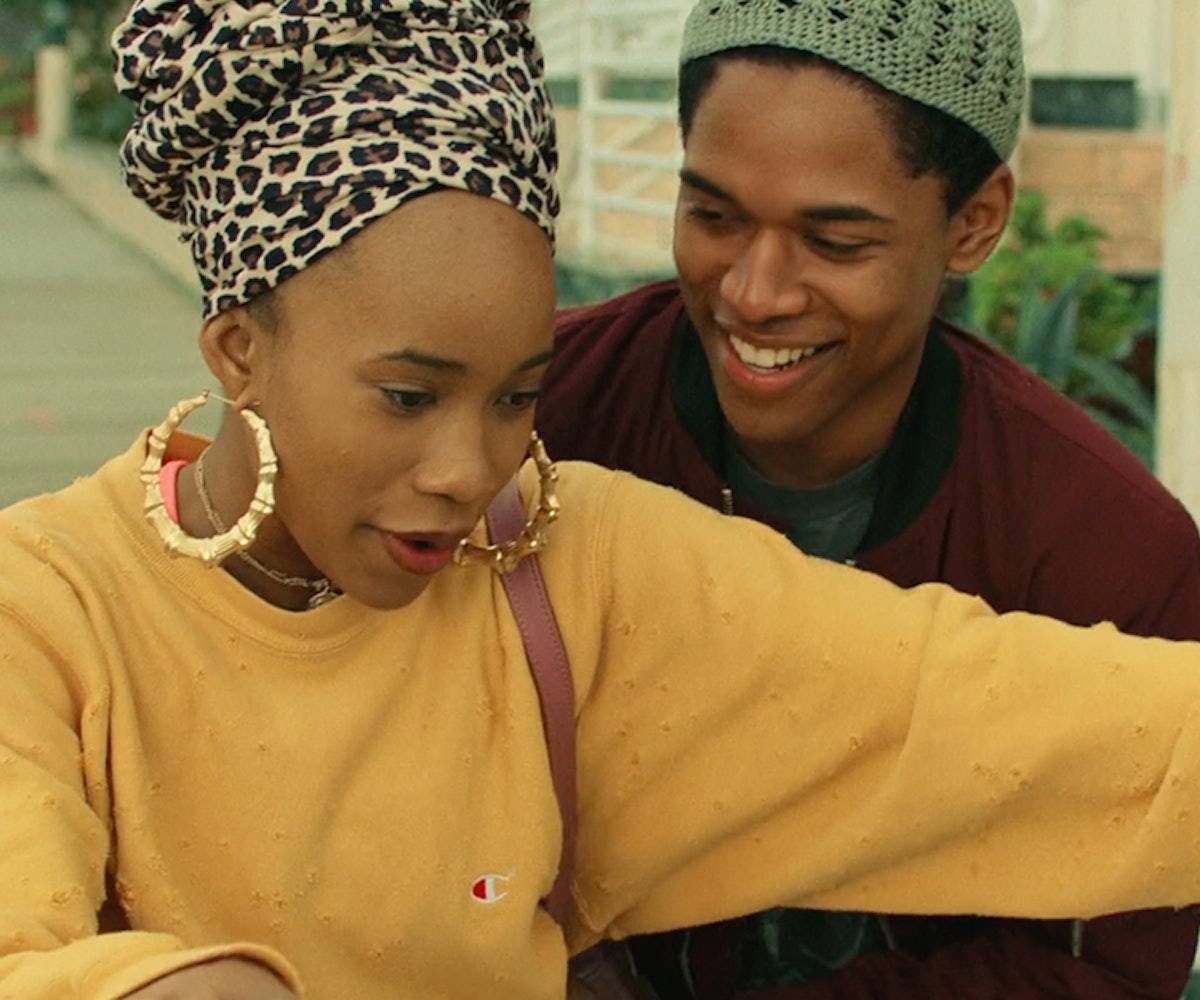 In Islamic theology, there is the concept of the Jinn—beings born of a “smokeless” fire in another dimension, beyond human but with the same frailties; neither inherently good nor bad, with a fiendish streak that is documented not just in the Holy Quran but in Hadith, and just as capable of salvation or damnation as the rest of us. Of the five kinds of Jinn—Marid, Effrit, Ghoul, Sila, Vetala—the Sila are considered to be one of the rarest, typified by a seductive feminine energy and shapeshifting capability.

Young Muslims are frequently warned to be wary of Jinns, but it is hard to read a description of Sila and not feel an intrinsic kinship. After all, what is the black Muslimah (young Muslim woman) experience if not a master class in alchemy? How we present ourselves to our communities, and to the world, is constantly transmuting, evolving, shapeshifting, from how we choose to display our faith to how we assert our humanity in a world that expects superhuman labor from us, all while we are just trying to find ourselves. It is this multiplicity that writer and director Nijla Mu’min deftly explores in her debut feature, Jinn, a marvelous coming-of-age tale that examines how a young, black American girl named Summer (portrayed by The Quad’s Zoe Renee) explores her mother’s (played by Simone Missick, who is also an executive producer) new faith and identity, and wrestles to reconcile her multitudes into the new framework with which she has been presented.

Not since 2011’s Mooz-lum has a black American family been the focal point of a celebrated (at SXSW 2018, Jinn won Special Jury Recognition for Narrative Feature Competition for Writing) Muslim-American feature film. Despite the fact that Islam has an estimated 1.6 billion adherents, Muslim onscreen portrayal has been limited to a few archetypes, and even fewer for Muslim women, who are commonly represented by a demure and devout Arab hijabi with very little development outside of their interaction with the male leads. The last few years have been punctuated by the rise of the “secular” Muslim with Aziz Ansari’s Master of None and Kumail Nanjiani’s The Big Sick, but both men’s art has been punctuated by a particular disdain for the religious traditions in which they were reared, with Ansari notably presenting an episode titled “Religion” in which he encourages his cousin to not only eat pork but flout the rules of the holy fasting month of Ramadan. In a refreshing breath of air, Mu’min chooses to pull apart the threads in between the polar opposite experiences, in which she shows reverence for the Holy Quran and the shahada, or profession of faith—lā ʾilāha ʾillā llāh muḥammadun rasūlu llāh, there is no god but God, Muhammad is the messenger of God—but disavows presenting it in a vacuum, instead highlighting the personal conflicts that can arise in Summer’s journey of asserting her individuality, creativity, and sexuality in a world that seeks to define that for her.

For Summer, clarity comes in part with her exposure to the masjid, or mosque—a community of black Muslimahs who have chosen to express their faith as they see fit. Some wear hijab 24/7, some only capitulate in prayer, and some opt for alternative coverings, such as brilliantly colored headwraps and turbans, finding creativity in what is commonly portrayed as an oppressive restriction. Implicit is the acknowledgement that not only Islam, but blackness, is inherently diverse, filled with a swath of personalities and experiences that compel them to shapeshift to their personal pleasure; and no matter their comportment, they coalesce to recite the Surah Al-Fatihah with equal gratitude, engaging in salat and community as one, embracing the strength of their mélange, at times in spite of convention. In Islam, just as in any of the variety of identities that black Muslim women inhabit, fealty is still punctuated by resistance, and advocacy for the inclusion of the voices that are still wavering in the wind persists, as Summer herself experiences when confronted for her missteps in rebellion.

There is a common misconception that Muslims are uniquely immune to the same temptations as the rest of society, as if a mere declaration of something being haram supersedes human vice. Mu’min boldly flouts those perceived restraints in favor of authenticity through her lead character. Summer traverses a winding road in seeming direct contrast with her mom’s unswerving march—she drinks, she has sex, she wears shorts above the knee, all which cause her to doubt her ability to consider herself a “true Muslim.” Despite the bifurcation, however, it is her mother who performs the dua (invocation) Istikhara to seek guidance, while Summer defiantly presents herself in all of her paradoxical forms—black, Muslim, young, femme, complex—to a rapt audience, reciting: “I was born of a smokeless flame.”

In 2017, Mu’min wrote about her filmmaking experience for Vice, stating that “by making a film where a black girl dances, kisses, and reads the Qur’an, I am resisting.” In just 18 days of shooting, Mu’min dug into the crevices of the black Muslimah experience and pulled out a narrative that is transcendent and boundary-breaking. With fellow Muslimah SZA playing as the credits rolled, it’s hard to think of a more fitting coda to complex narrative of black Muslim woman expression than the notes of a woman who has risen to stardom by openly talking about sex, love, and self-discovery on her own terms. Black Muslim womanhood comes in many forms, and while we may not be Jinn, our ability to give shape to our narratives on our own terms is nothing short of mystical.