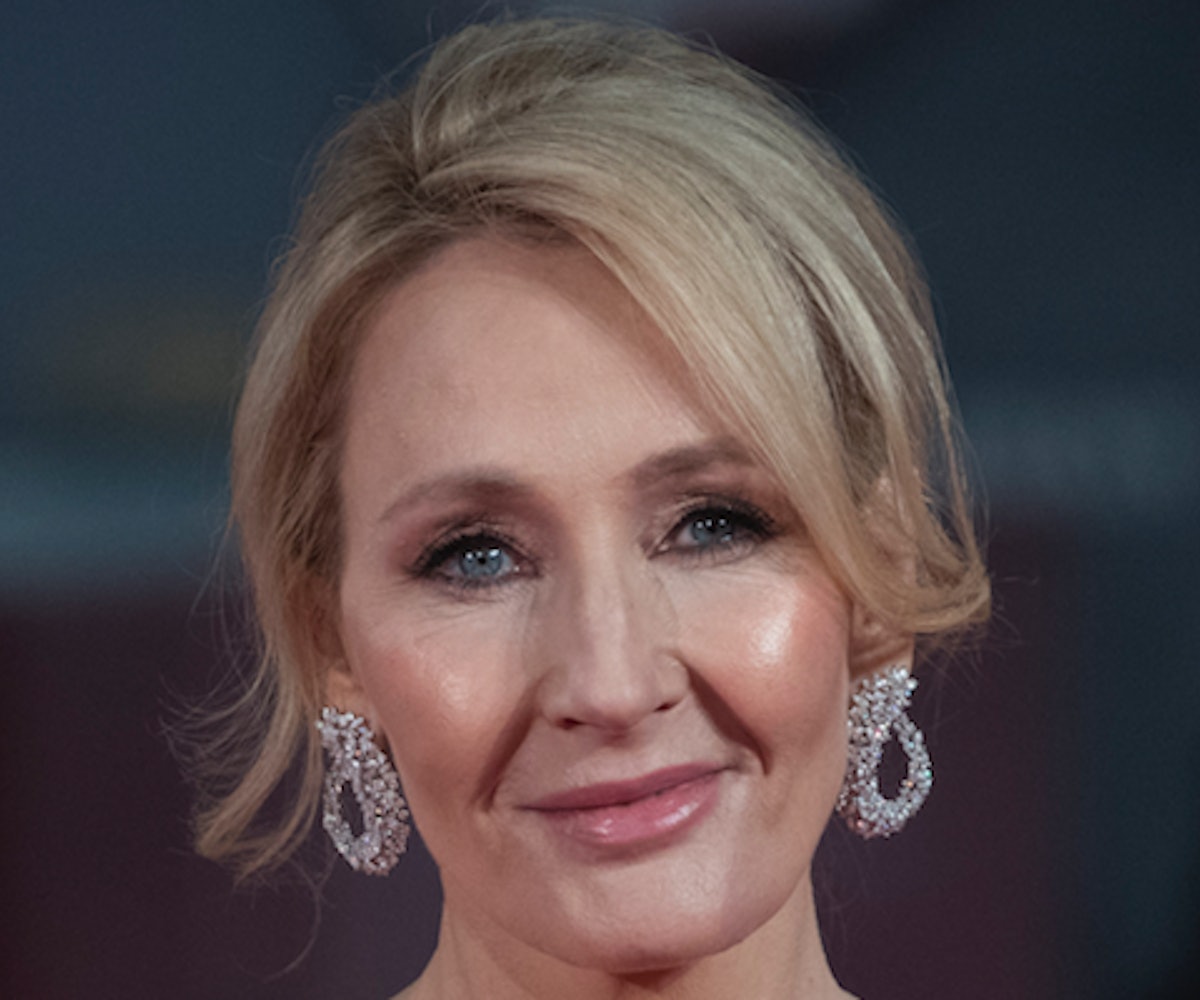 photo by John Phillips / getty images
by Hafeezah Nazim
May 2, 2018

Over the past few years, on the fictional anniversary of the Battle of Hogwarts, J.K. Rowling has taken to Twitter to apologize for killing off some of the most beloved characters in the final installment of the Harry Potter franchise, Harry Potter and the Deathly Hallows.

It all started in 2015 when she apologized for the death of fan favorite, Fred Weasley, who was killed by an explosion.

Then, in 2016, she apologized for the death of Remus Lupin, who was killed by Antonin Dolohov.

Last year, she issued an apology for the death of Severus Snape, who was killed by Voldemort's pet snake.

So, really, it should come as no surprise that today, on the 20th anniversary, the author continued her apology tour. This time, she honored the life of Dobby, who didn't die during the Battle of Hogwarts but was killed by Bellatrix Lestrange while saving Harry & Co. from Death Eaters. "It's that anniversary again," she wrote. "This year, I apologise for killing someone who didn't die during the #BattleofHogwarts, but who laid down his life to save the people who'd win it. I refer, of course, to Dobby the house elf."

Fans of the series responded to the author's note, some refusing to accept the apology while others choosing to remember Dobby as a kind hero.

In all honesty though, if Rowling is going to apologize every year over the deaths of beloved characters, maybe she should just rewrite the series? Or, perhaps, apologize for things that could have been changed, like continuing to work with Johnny Depp for the Fantastic Beasts franchise? Just a thought.

NEXT UP
Entertainment
SZA's 'SOS' In 5 Essential Songs
Shopping
49 Cool Things Under $30 That You'll Get A Sh*t Ton Of Use Out Of
Fashion
Taylor Russell's Style Evolution, From Indie Films To Fashion’s ‘It’ Girl
Party Report
NYLON Party Report Card: Honoring Guillermo Del Toro with Chanel and MoMA