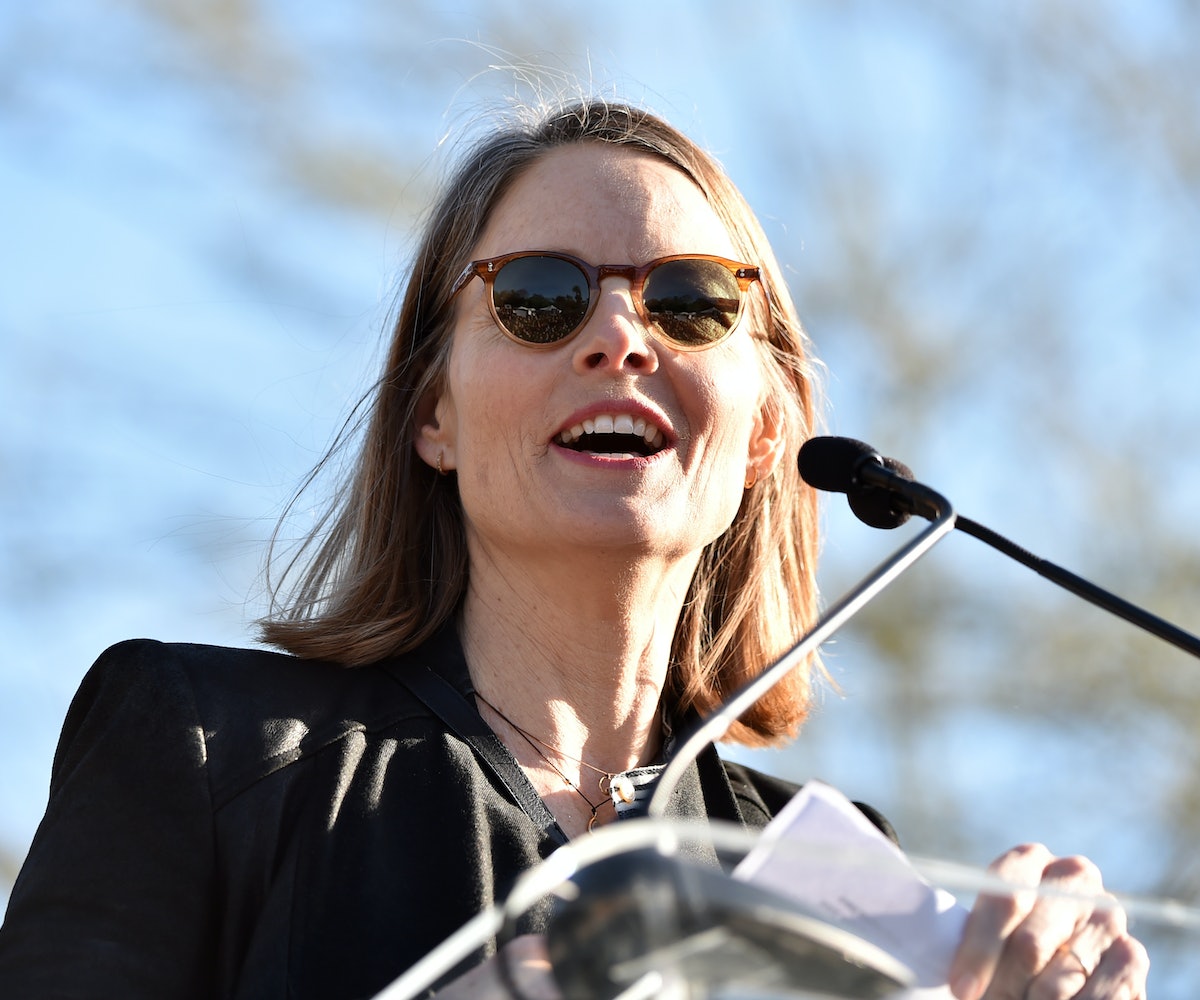 The 89th Academy Awards are expected to be a political affair, with celebrities set to take the stage Sunday to condemn the divisive policies of President Trump. On Friday, a prelude to the Oscars went down outside the United Talent Agency headquarters in Beverly Hills. Instead of its annual lavish pre-Oscars bash, the talent agency decided to host "United Voices" instead, a rally organized in protest of Donald Trump.

Among the many boldfaced speakers was Jodie Foster, who told the crowd of 1,500 protesters that now is the time to show up. "It’s a singular time in history. It’s time to engage," Foster said. “No matter who you voted for—red or blue, whether you’re white, black, or brown, or all the colors of the identity rainbow, this is our time to resist,” she continued, eliciting cheers from the crowd. “It’s our time to show up and demand answers. It’s our time to tell our elected officials to do their jobs.”

Check out highlights from the UTA protest below.