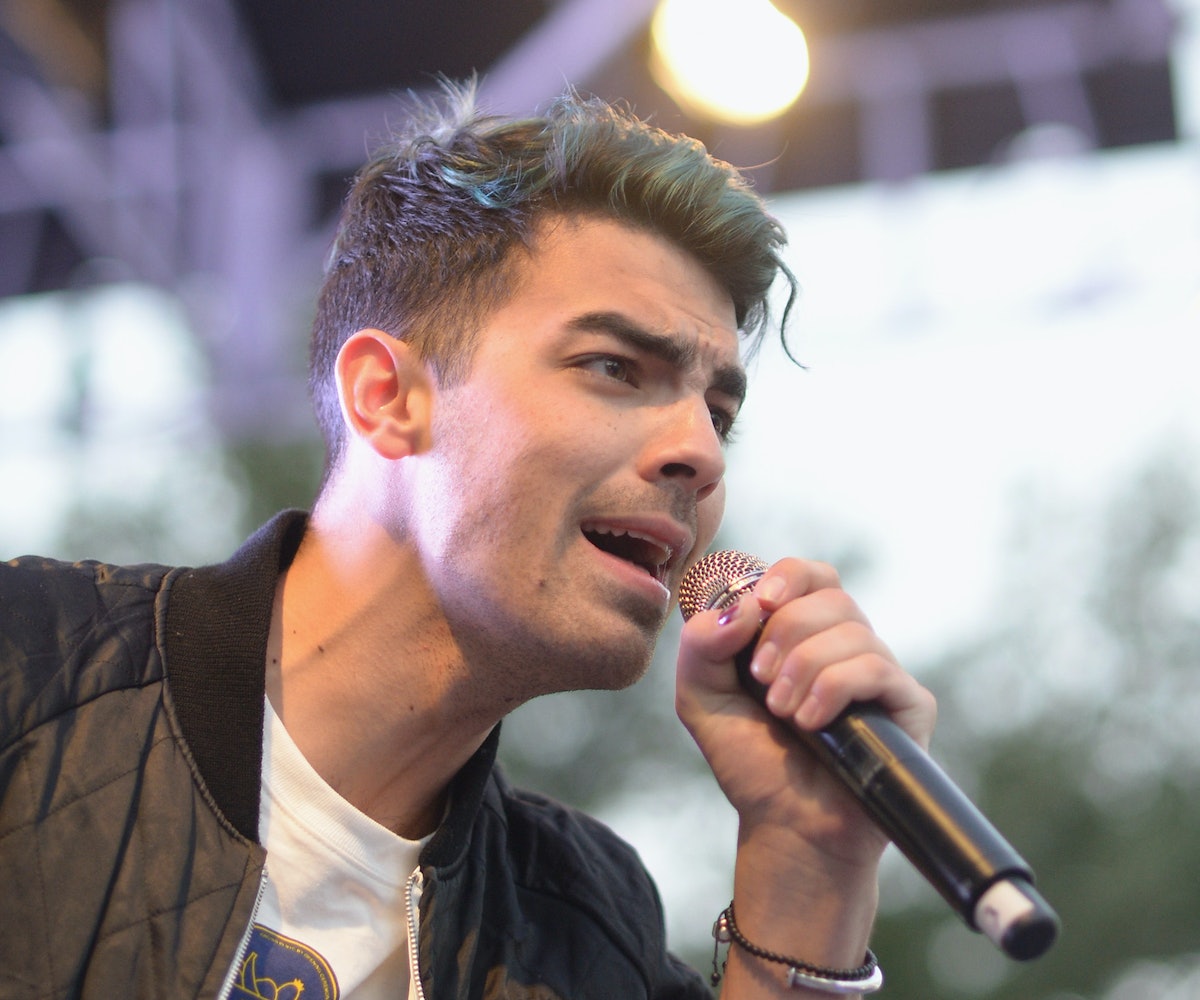 We were worried about Joe Jonas for a sec. Like the rest of us, the poor guy was probably bombarded with images of his ex-girlfriend Gigi Hadid and her new main squeeze Zayn Malik doing some recreational apartment shopping in Soho. But instead of sobbing into his sweater—you know, the one with "ninjas having dinner with elves and they’re overlooking the Swiss alps”—Joe Jonas went out and did something about it, because he's a Jonas brother, and that's what Jonas brothers do.

People has a photo of Joe Jonas pressing his lips against the lips of Jessica Serfaty, a 24-year-old aspiring model who actually had a shot at the catwalk back in 2010, when she was a contestant on America's Next Top Model. They are on a ski slope in Mammoth Lakes, California, where the two appeared to be vacationing with friends. They look happy, and we're happy for them. Serfaty shares custody of her son with her ex-husband, so if Joe is planning on getting serious he'd better start practicing his throwing and catching technique. And if you'd like to know more about Serfaty, do what we just did for the last five minutes and troll her Instagram account. Enjoy!