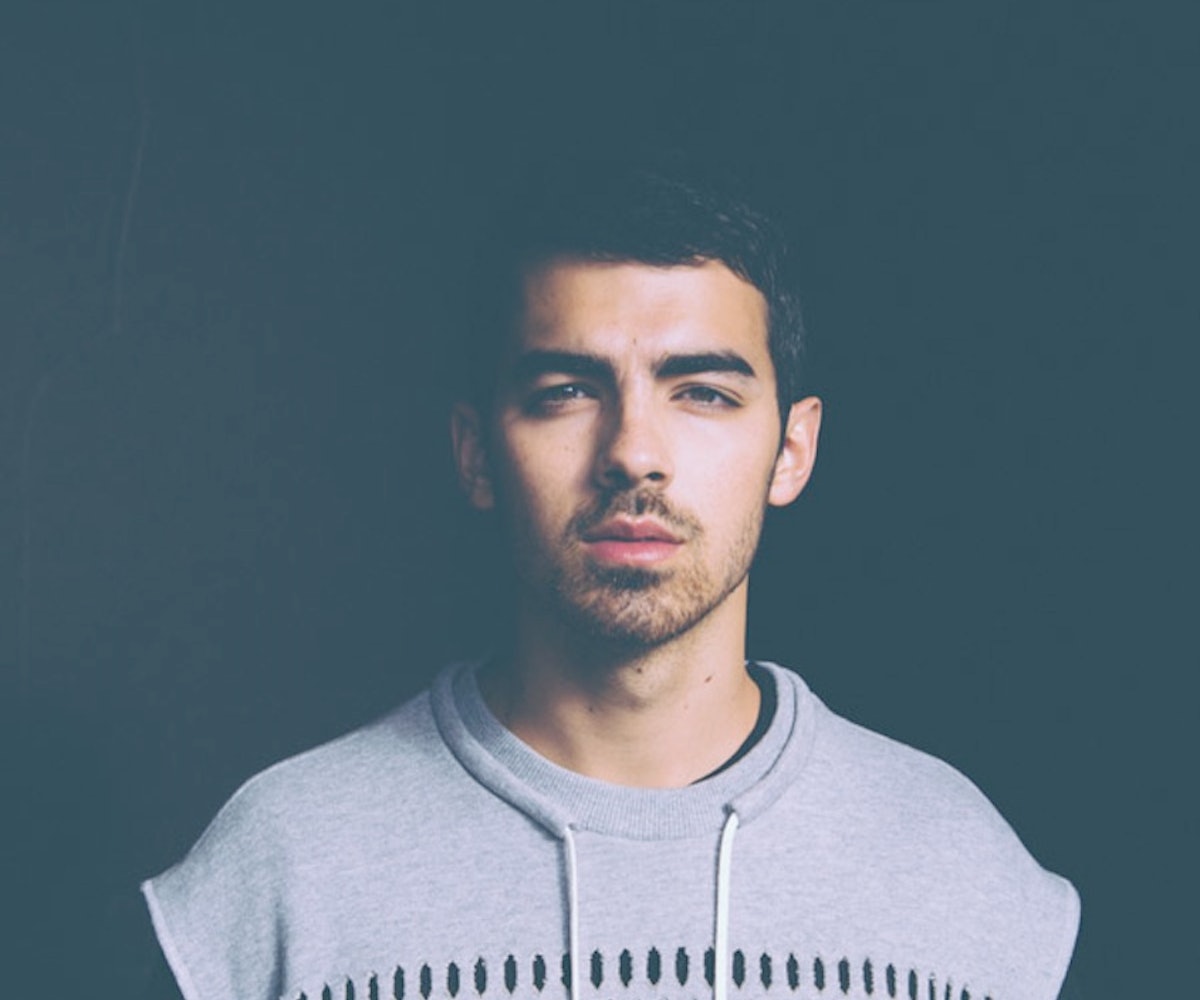 Unless you've been living under a rock all season long, chances are by now you already know about the Jonas Brothers breakup that happened earlier this fall. The news was everywhere--I mean, it basically broke the internet--and for good reason.

Not only was the announcement a shock in general, but the boys were just finishing up a huge Fashion Week whirlwind, where they hit up shows and parties and basically reminded everyone exactly why the ex-Disney trio has staying power. Which made the timing of the whole thing even more unexpected.

They cancelled their fall tour and deleted their Twitter in early October, but before all that went down? We got sushi. And yeah, it was pretty fun.

Just as Fashion Week was wrapping up, I went out for dinner with Kevin, Joe and Nick in Soho, along with NYLON's Editor-in-Chief Marvin Scott Jarrett, NYLON Guys' Josh Madden, NYLON's executive editor Ashley Baker, and NYLON's fashion assistant Marissa Smith. Although the Jonas Brothers were still very much a band then, the guys were obviously very different.

From the get-go it's clear that Kevin is the guy to talk to about tech stuff. Nick filled us in on his acting gigs and 21st birthday plans, and Joe talked fashion--and ordered sushi for everyone, since he's the biggest foodie of the bunch. While they're all super polite and friendly and everything that you'd hope a band crush would be, it's clear that these three have varied interests, and just hearing about their schedules--Nick was set to go to Hawaii to film Hawaii Five-O and Kevin was preparing for the birth of his baby--you sort of wondered how they'd be able to do everything at the same time.

Now the breakup makes a lot more sense, right? And after chilling with them at dinner, we got to hang out with Joe even more for the new issue of NYLON Guys. In the story, the middle Jonas brother fills everyone in on exactly what went down last fall and why he's pumped to do his own thing. He told Baker that he's working on a solo music career (he likes hip-hop, indie, dance music, and pop) and is getting serious about acting. And all this isn't even touching on his fashion cred, which, judging from his photoshoot alone, he's got in spades.

So while we wait to see what's next, check out exclusive outtakes from Joe Jonas' NYLON Guys photoshoot in the gallery. Plus, see interview excerpts here,  and pick up the issue now. And next time we order sushi, we're thinking of the band formerly known as the Jonas Brothers.