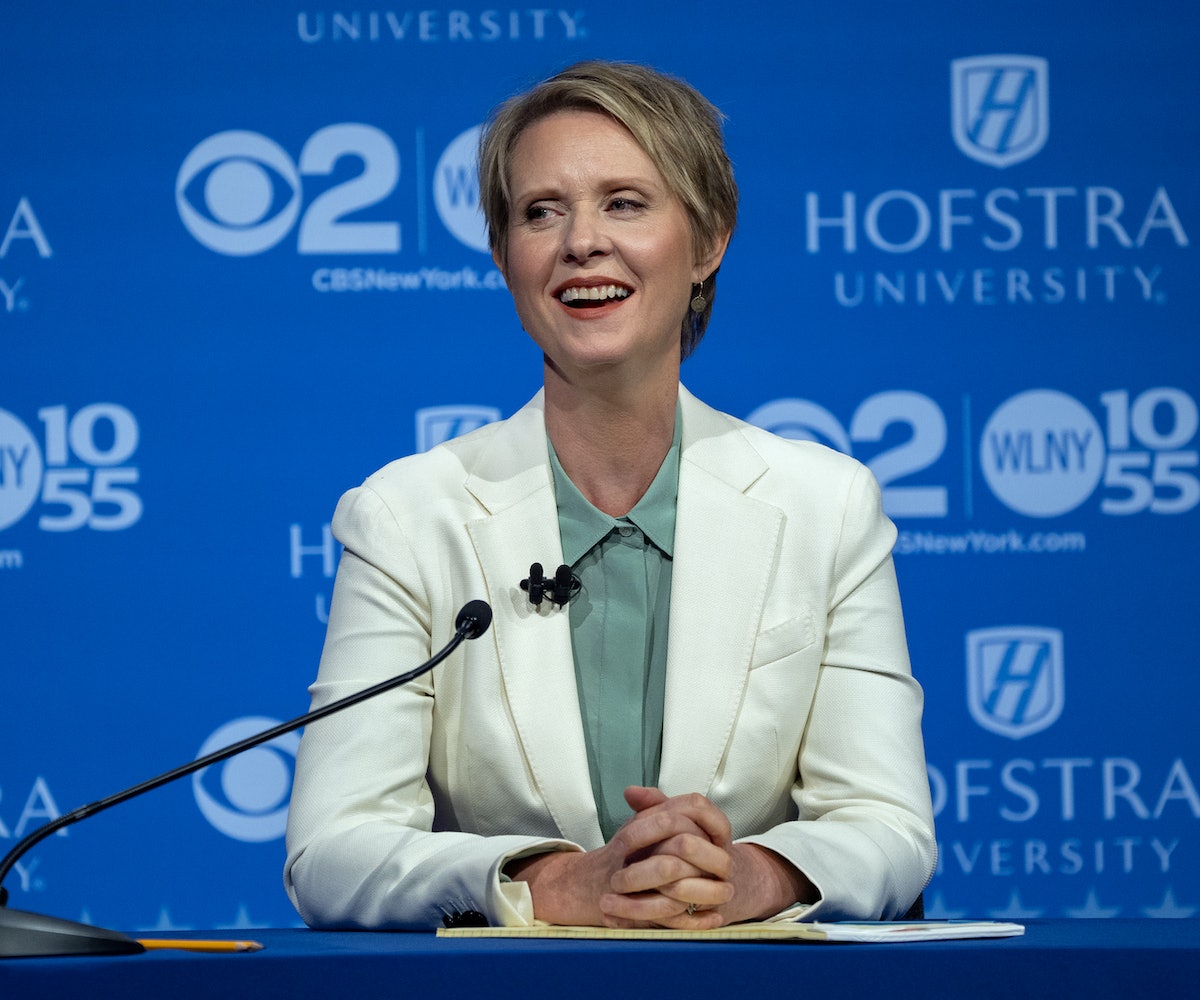 Cynthia Nixon, former Sex and the City star and current contender for governor of New York State, is not the character she once played on TV. No, really: Nixon is not Miranda Hobbes, as much as you might want her to be—and as much as some people might insist she is, as if that somehow disqualifies her for running for office. But instead of getting annoyed with that, Nixon has enlisted comedian John Early to show just how ridiculous it is for people to keep mistaking her for Miranda.

In a new campaign ad, Early sits down for an interview with Nixon to talk about her platform and the issues she cares about, but continually gets distracted with burning SATC-related questions, even zoning out and transforming into his own version of Carrie Bradshaw while she's discussing her initiatives. We're here for the Jim Halpert-inspired side eye that Nixon gives the camera when Early says, "I couldn't help but wonder..."

By the end of the ad, though, after actually hearing about her campaign and political goals, Early and his inner Carrie have become more politically aware, wondering why people are still focusing on Nixon’s past as an actor when she has such a solid platform.