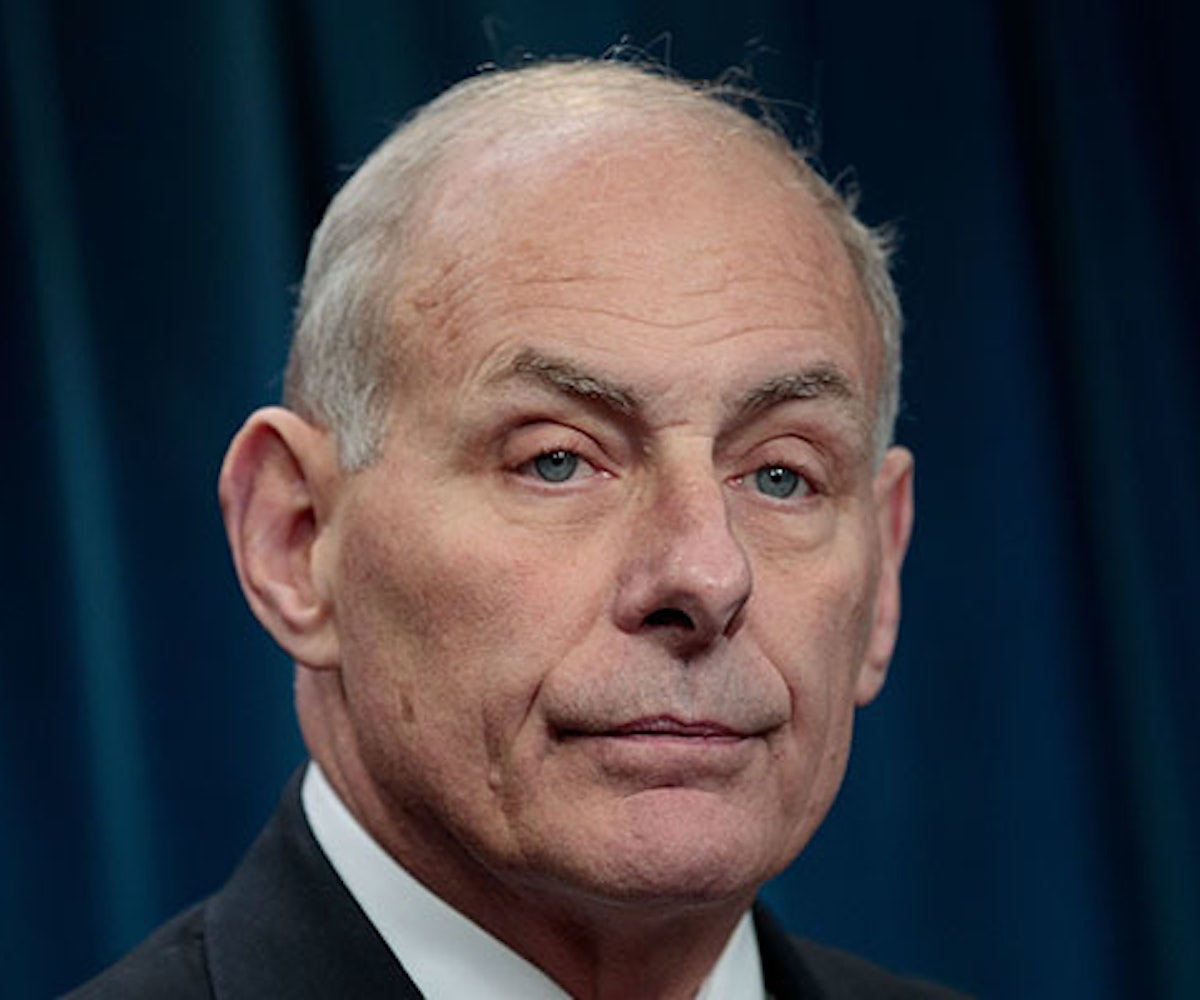 White House Chief of Staff John Kelly told Fox News' Laura Ingraham on Monday night that Confederate general Robert E. Lee was an "honorable man" and that the Civil War was caused by “the lack of an ability to compromise." His comments immediately sparked backlash because, as everyone knows, the Civil War was about those who wanted to enslave human beings and those who didn't.

“I would tell you that Robert E. Lee was an honorable man,” Kelly said when Ingraham asked about a Virginia church removing plaques honoring Lee and George Washington. “He was a man that gave up his country to fight for his state, which 150 years ago was more important than country. It was always loyalty to state first back in those days. Now it’s different today. But the lack of an ability to compromise led to the Civil War, and men and women of good faith on both sides made their stand where their conscience had them make their stand.”

Author Ta-Nehisi Coates pointed out in a thread on Twitter that slavery in the United States was full of compromises. He names the Three-Fifths Compromise, enacted in 1787, which made it so that a slave was legally considered just 3/5 of a free American citizen when counting a state's population. The Missouri Compromise, enacted in 1820, prohibited slavery north of the 36°30′ parallel, with the exception of Missouri. And the Kansas-Nebraska Act, passed by Congress in 1854, allowed people in Kansas and Nebraska to decide for themselves if slavery should be legal within their borders.

"Lincoln's own platform was a compromise," Coates wrote. "Lincoln was not an abolitionist. He proposed to limit slavery's expansion, not end it. During the Civil War, Lincoln repeatedly sought to compromise by paying reparations—to slaveholders—and shipping blacks out the country."

Coates went on to state that Lincoln "asked only 10 percent of voters in rebel states to sign loyalty oath for readmission to Union," he wrote. "'Compromise' continued long after Lincoln's death. Compromise of 1877 led to explicit White Supremacist rule in the South for a century." The author found it shocking that Kelly, "someone charged with defending their country, in some profound way, does not comprehend the country they claim to defend."

Kelly also said he found it "inconceivable" to "take what we think now and apply it back then.” This belief, Coates said, "is, in itself, racist—[it] implies only white, slave-holding, opinions matter." He goes on to point out that the "majority of people living in South Carolina in 1860 were black—they did not need modern white wokeness to tell them slavery was wrong." Same with Mississippi. Half the populations of Louisiana, Georgia, and Alabama were also black. They "knew full well that enslavement was dead wrong," Coates wrote.

During the Civil War, Lee and his army captured free black Americans and brought them back to the South as property. He wasn't just interested in maintaining the system of slavery, but expanding it, Coates explains. "You do have to get these guys were the worst of America," he wrote.

And, as Coates points out, we're still compromising on white supremacy today. "Been a lot of hemming and hawing over the term 'white supremacist," he writes. "Fools who won't be satisfied until Trump literally lynches someone. But, like, when the 'adult in the room' believes a war for slavery was honorable, believes that the torturer of humans, vendor of people, who led that war was honorable, when that dude portrays a sitting member of Congress as some shucking and jiving hustler... You really do see the effect of white supremacy."