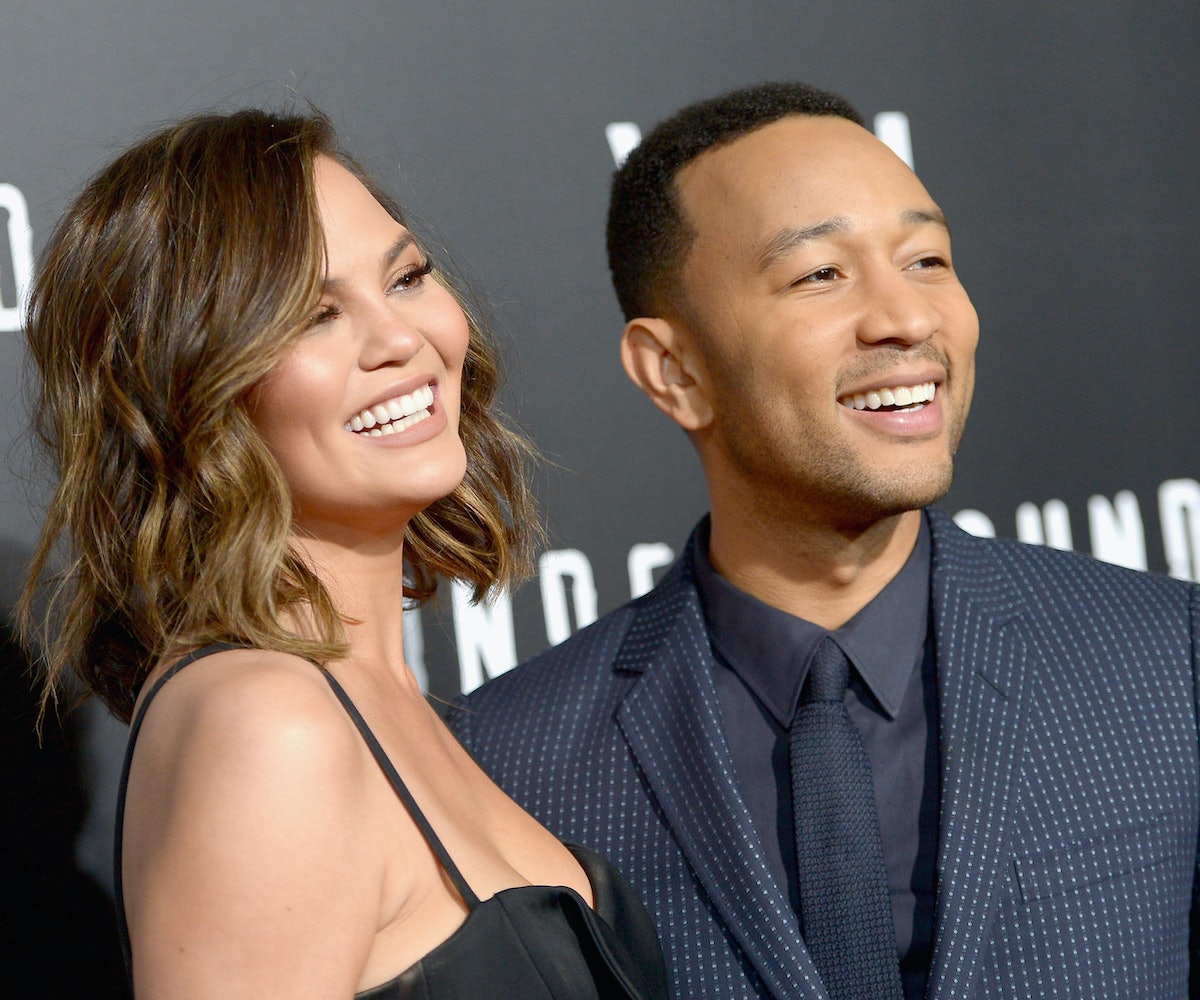 Just because John Legend made history last night, doesn’t mean that his wife is going to stop roasting him. Chrissy Teigen brought out her best social media joke yet while congratulating her husband for becoming the 13th EGOT winner.

On Sunday, Legend won a Best Variety Special Emmy for his work on Jesus Christ Superstar Live In Concert. Legend produced and starred in the special, and his Emmy win made him the first African-American man to win an EGOT—meaning he’s been awarded an Emmy, Grammy, Oscar, and Tony Award. He is also one of the youngest EGOT winners.

Even though he is one of the few people to have been awarded such an honor, Teigen isn’t slowing down on her iconic roasts at his expense. While her Twitter was full of heartfelt congratulations for her husband, her Instagram post featured a little trolling. She posted a video of Legend placing his new Emmy among his various other awards (four shelves of them, in fact), which she captioned, “And I say hey, what a wonderful kind of day.”

You may recall that one time when Legend sported an outfit where he looked a lot like Arthur, the cartoon antelope. We’re taking that caption to be a reference to the theme song.

Looks like Legend won't ever be able to escape the trolling from his wife.