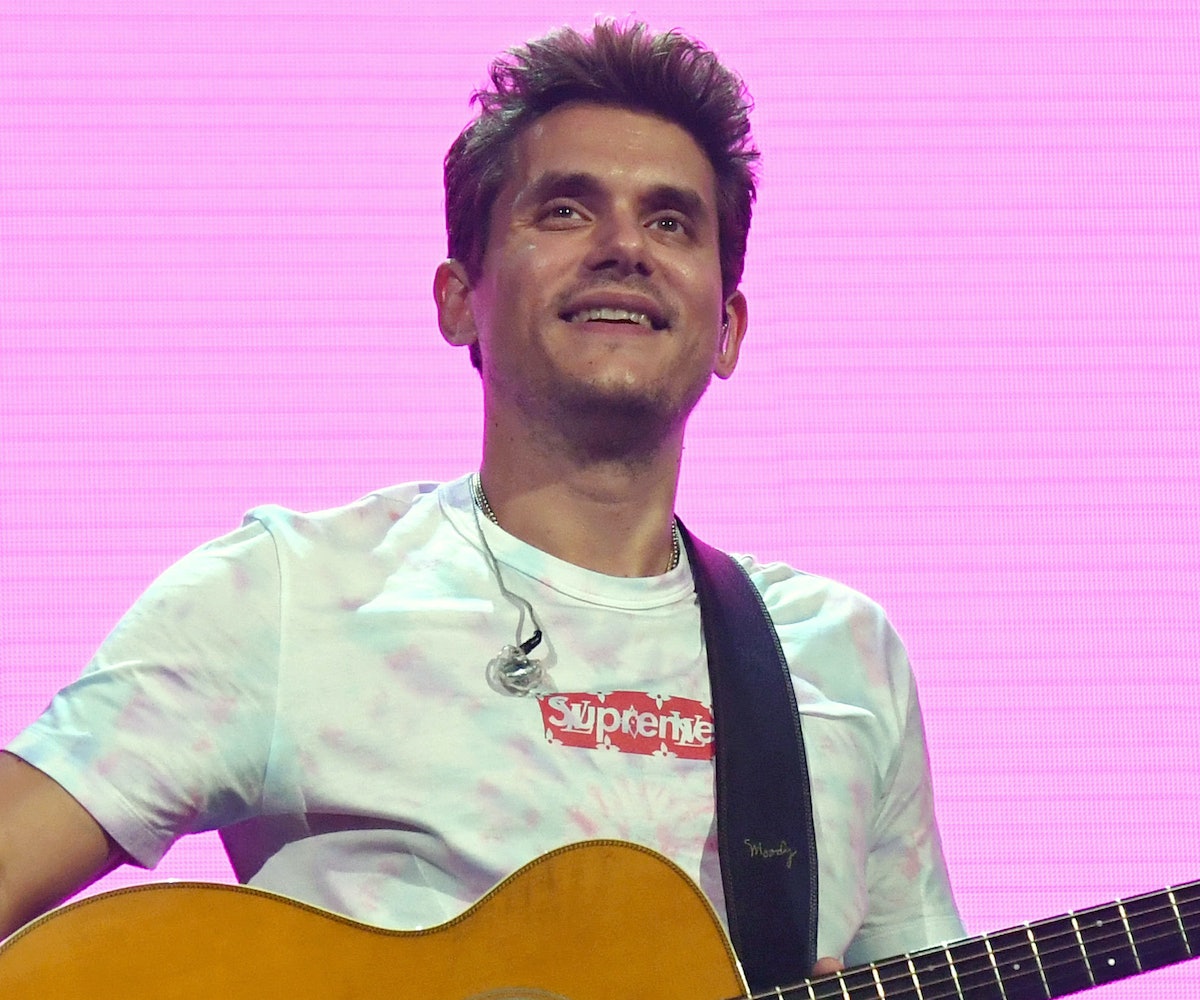 There are many artists you should take the time to see live. John Mayer is one of them. His immense talent is apparent throughout his albums, but it’s maybe most evident during his live covers.

When Mayer covers another artist, he does so with his own slowed-down, acoustic, melancholic version. His goal when he covers iconic musicians like Tom Petty, Jimi Hendrix, and Bob Dylan isn't to improve on their work, but rather to pay homage. So, to pay homage to his homages, we’ve rounded up our favorite cover performances from Mayer. Listen to them, ahead.

Mayer’s rendition of “Free Fallin’” landed at the top of a bunch of best cover lists in the wake of Petty’s death. That’s because it’s damned good. In fact, it might be Mayer’s best cover to date. The singer wrote of Petty’s death: “I loved Tom Petty and I covered his songs because I wanted [to] know what it felt like to fly.”

It takes a lot for us to be impressed by a Beyoncé cover of any kind. It’s hard to improve upon perfection, after all. Yet, somehow, Mayer manages to deliver up a raw rendition of “XO” that even Blue Ivy would approve of.

It’s always risky when artists take a gamble on covering iconic singers, like, say, Hendrix. The duplicate will never live up to the original, and that’s okay. “Bold As Love” is a bold cover choice executed perfectly. Mayer took a rock song and turned it into a ballad, but when you have the guitar prowess Mayer possesses, it turns out more than okay.

Glen Campbell “Gentle On My Mind”

Mayer sang Glen Campbell’s “Gentle On My Mind” during a performance that took place right after Campbell passed away from a long struggle with Alzheimer’s. Before singing, Mayer announced to the crowd: “I’m going to play this song with more love than precision. And I play it because it’s my favorite song in the world. And whether I play it right or wrong, I’d rather have played it.”

Another factor to a successful cover is taking a song nobody would expect you to sing—let alone know—and make it your own. This is what "Passion Fruit" sounds like when someone who has the range sings it.

Mayer has covered this song at least three different times and manages to add his own sprinkle of blues to each performance.

If “Ain’t No Sunshine” is one of Mayer’s most-covered song, Dylan is one of his most-covered artists. When he borrows from the Dylan, we think about what Mayer could’ve become if he didn’t go the pop star route.

Singing “American Pie” is like reciting a novel, but Mayer soldiers through the eight-minute song like a true American hero.

The Beatles “Don’t Let Me Down”

Keith Urban joined Mayer for a rendition of The Beatles’ “Don’t Let Me Down” back in 2013 that helped remind fans that, yes, Mayer’s vocals are impressive, but his guitar playing might actually be his trump card.

Alicia Keys “No One”

Everything sounds more honest when Mayer sings it. When he reassures us that “everything’s gonna be alright” during this Alicia Keys cover, we believe him. And the way he transitions into “No Such Thing,” toward the end? Be still our hearts.