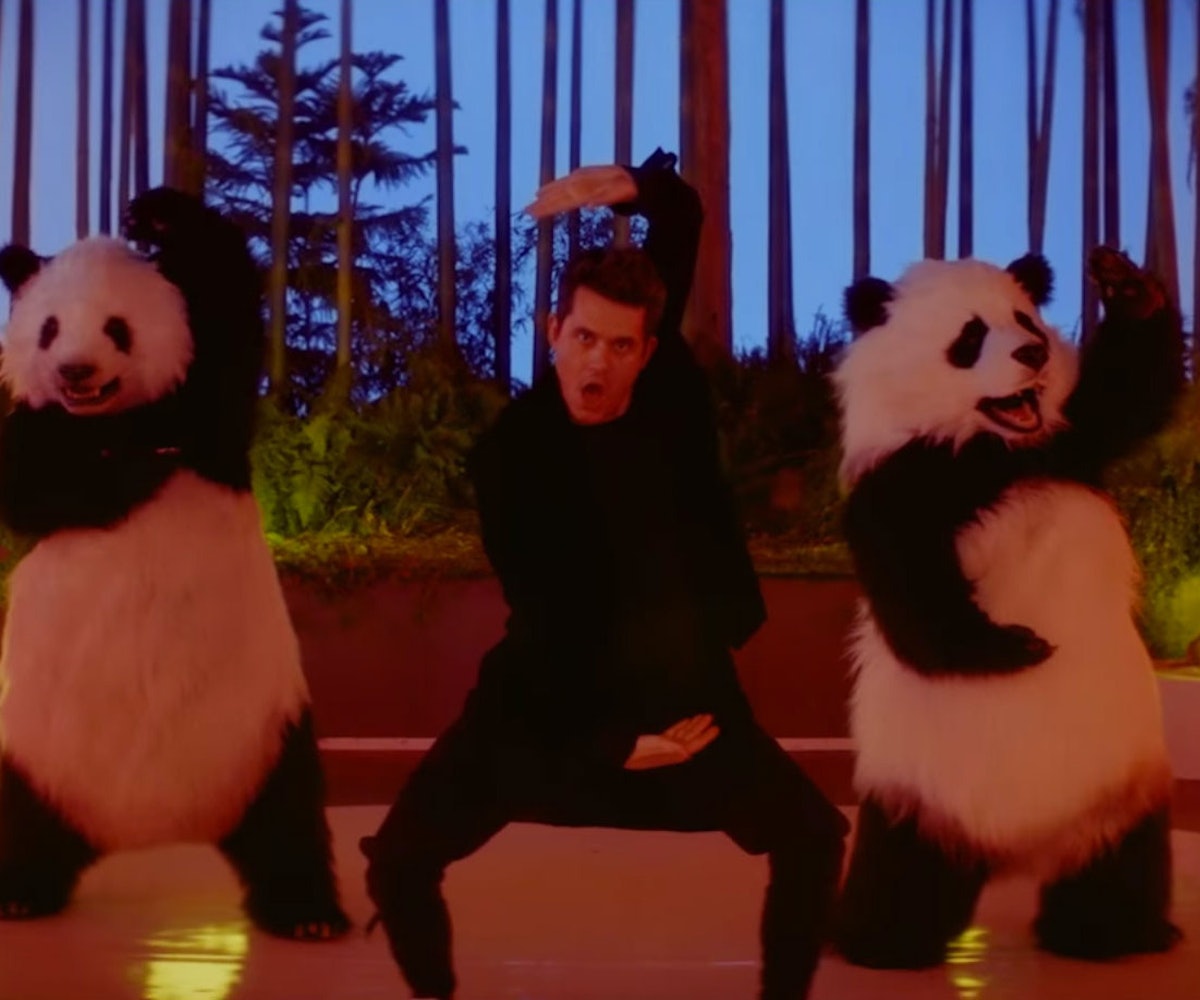 Between Karlie Kloss's geisha fantasy gone wrong and the stunning failure of Ghost in the Shell, you'd think American creatives would start ditching art that recapitulates tired stereotypes about Asian culture and try out something a bit more original or, you know, sensitive. You'd be wrong! John Mayer is the latest Western artist to be accused of culturally appropriating Japanese aesthetics in the visuals and sound of his new song "Still Feel Like Your Man." Check out the video right here:

From corny dancing pandas to cinematography that's far more Kill Bill than Lady Snowblood, Mayer manages to hit every obvious Asian cliche over the course of the four-minute video. There's geishas, a martial arts scene, and sumo wrestlers, too.

The ultimate irony of the incident is that Mayer had given an interview about becoming less offensive and more culturally sensitive only shortly before this track, which Mayer described as "ancient Japanese R&B," was released. "Part of cultural appropriation is blindness. I'm on the right side of the line because it's an idea for the video that has a very multiethnic casting, and nobody who is white or non-Asian is playing an Asian person," argued Mayer in his own defense. Right...

Anyway, the irony doesn't end there. Mayer admitted the song was about his ex-girlfriend Katy Perry, who herself was accused of cultural appropriation for wearing a kimono and offering a similarly "Asian"-influenced performance at the American Music Awards back in 2013:

Unsurprisingly, reactions to the "Still Feel Like Your Man" video haven't been positive.

NEXT UP
Entertainment
On "Flowers," Miley Cyrus Is Still In The Throes Of Moving On
Entertainment
Hawa Has Her D'Angelo Moment In Playful "Actually" Video
Entertainment
Gracie Abrams & Gia Coppola On The Joy Of Free-Flowing Collaboration
Entertainment
Bad Bunny, Lizzo, Kim Petras Will Perform At The 2023 Grammys
Style + Culture, delivered straight to your inbox.