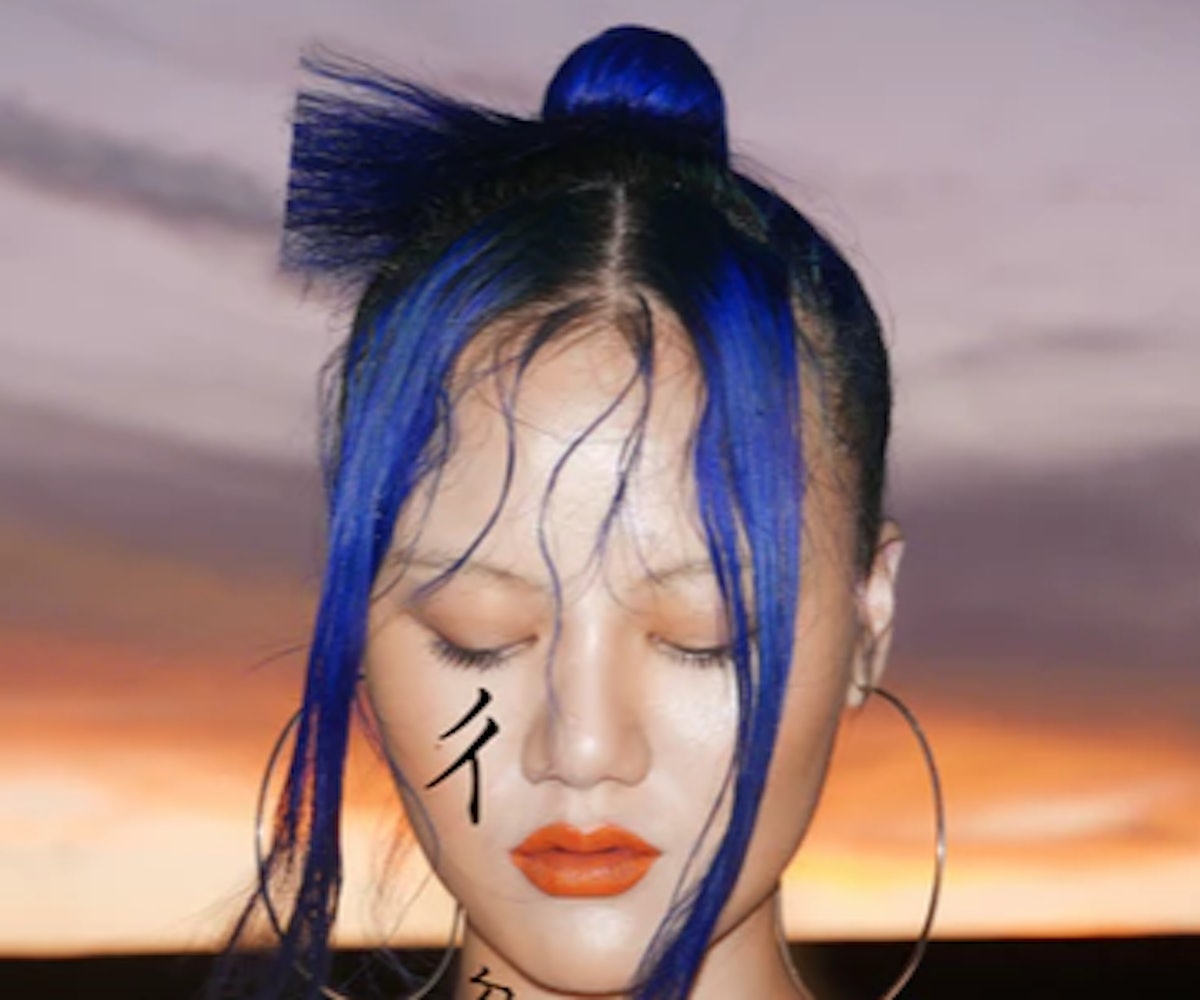 Taiwanese artist John Yuyi, now based in New York City, is one of Instagram's most innovative artists. Known mostly for her viral, social media-inspired temporary tattoos, Yuyi's pieces are some of the most creative works we’ve seen to date. Don't believe us? Just ask one of her tens of thousands of followers on Instagram. Or ask the powers that be at Gucci who asked Yuyi to collaborate with them in April for their Le Marche Des Merveilles collection.

Yuyi strays far from cookie cutter art; she ties together aspects of social media and luxury fashion in fresh new ways through her artwork. And though she's already explored themes of vanity, self-expression, and human connection in her pieces, she’s nowhere near finished. We caught up with the 26-year-old artist recently to discuss her goals for the future, her internal struggles, and how the end of a relationship made her the strongest she’s ever been.

New York City and Taipei are very different. Have you experienced any sort of culture shock since moving here?

In Taipei, there's only one race. So when I moved here, I found out there's a lot of things that you have to be more careful about. My intention is never to make people feel uncomfortable, but sometimes... I remember there was one time I didn't use flash and I used a lighter lipstick and I wore a wig. But I didn't use flash so my skin color became darker and people were commenting, "This is blackface." And I was like, "What is blackface?" And then I Googled it. This type of thing, I think, is really different. Also, people are more open-minded here. I totally feel that people are more conservative and judgmental [in Taiwan].

What was going through your head when Gucci reached out to you? What was the process like?

I was in Taiwan at that moment. One day, I got this email from Gucci headquarters, and they were saying this like, "NDA," and I was like, "What is an NDA?" I didn't tell anyone because I was like, "This is really really serious." In my heart, I was exploding, but I still treated that NDA super-seriously because I feel like sometimes, just like on your birthday, if you say a wish [out loud], it’s not gonna come true. They really gave me a lot of freedom to do my creative work. I didn't even realize that the feedback would be so good, but I’m very thankful.

What draws you to using temporary tattoos in your work?

When I got to fashion design school, I realized there's no market, no opportunity for you to be a fashion designer in Taiwan. Then I went to Jason Wu for an internship, and I decided I wanted to be in New York. When I went back to Taiwan after that, I just focused on two things: building my portfolio to get an artist's visa and doing a job where I can have flexible hours to do my own creative stuff. So I was selling temporary tattoos on the internet anonymously.

Half a year later, I started to do my swimsuit collection, and I used temporary tattoos with those Facebook elements to promote it, so that's how it started.

When you first started, you were really insecure about your work and you didn't want to show it to people. What helped you transition into the artist you are today?

At the beginning, I was really insecure due to a lot of different reasons. I felt that I really wanted to prove to myself and others that I have something, but, at the same time, I felt insecure because people would also judge me and say, "What is she trying to do?" I care about what people think—that's why I don't tell anyone what I'm doing. I only told my very close friends and my boyfriend at the time. My boyfriend was a videographer and director of fashion films, so when he was in university, he already got a job from a magazine in China. Then, a lot of things that I did, they all thought it was done by my boyfriend. It was really sad because he didn't do anything, but he's male and he's more successful.

I was really sad and really frustrated because I tried so hard to do my own thing, but people always thought my photos were taken by him. Finally, I did the swimsuit collection, and I started to get my own press... but then we broke up. So I was thinking, Shit, we do everything together, my creative life is done because I just can't do it without him. He's always been my support. I don't know how to do stuff by myself. And right now, it's totally the opposite―I went to Tokyo by myself, I went to London by myself, I went everywhere and did everything by myself. I started to buy all my own equipment. Gradually I just felt like, I'm so independent.

Do you have any major goals moving forward?