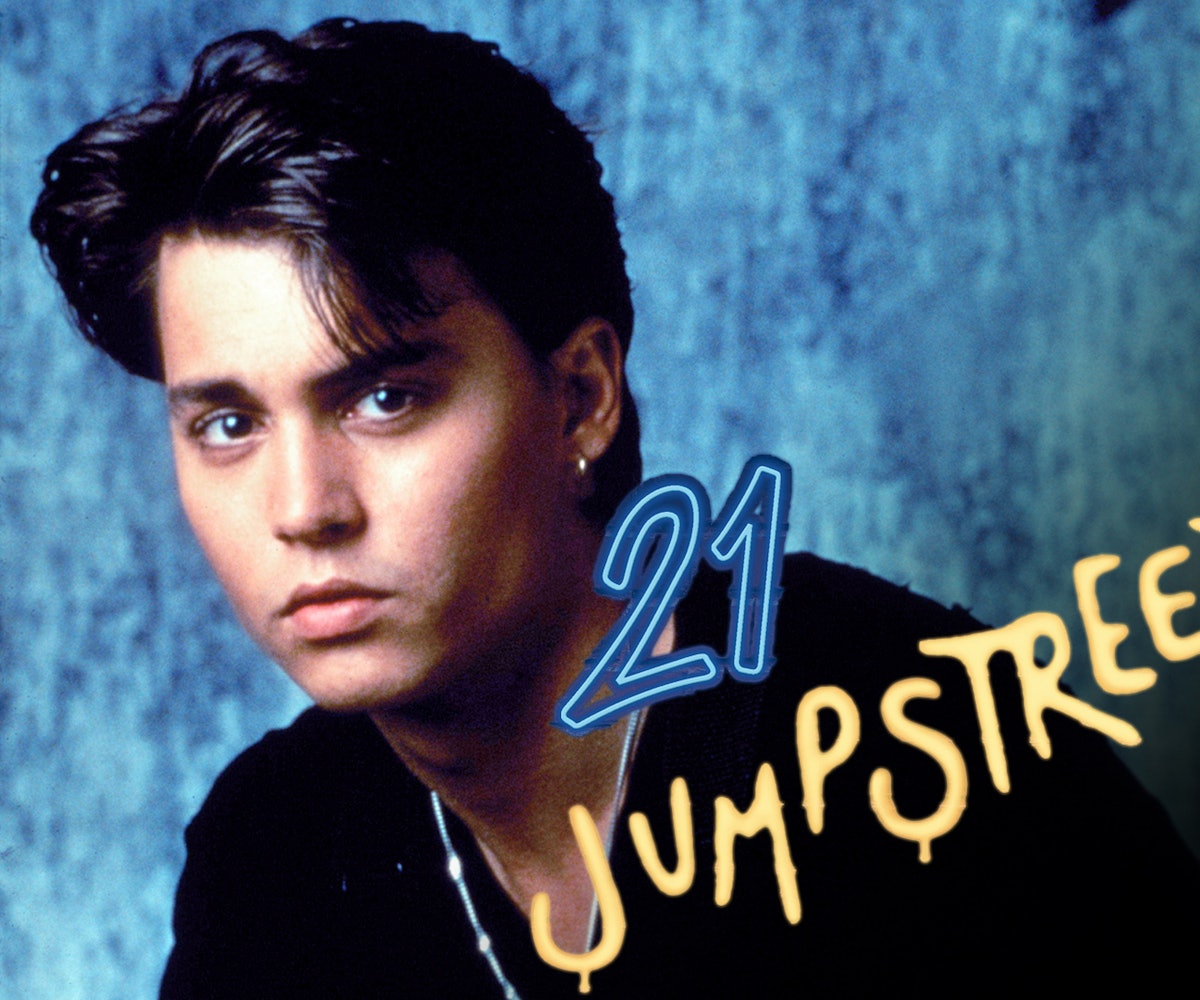 Leonardo DiCaprio is great and all,

but when it comes to the absolute dreamiest heartthrobs--like, poster on your wall status--for me, it's all about Johhny Depp.

Whether you're talking about his varied parts (pirates, bad guys, and Willa Wonka is just the beginning) or his off-kilter fashion sense, the Kentucky native has always been a little bit of an outsider. And it's this irreverence that makes him so amazing, even more than 30 years after his breakout role in

A Nightmare on Elm Street.

I've listed my 10 favorite reasons why Johnny Depp is #1 for me here, but if you want to show off

so you can literally wear it on your sleeve. Then click through the gallery and

let us know why you're obsessed.

He costarred with Leo DiDaprio and made us cry in What's Eating Gilbert Grape? It's so good, we don't even mind that we have to go through a box full of tissues every time we watch.

Even before Channing Tatum and Jonah Hill, he was the original 21 Jump Street.

Yes, he's engaged to Amber Heard now... but back in the day, he dated my ultimate '90s style icon, Winona Ryder (and Kate Moss).

Between Sleepy Hollow and Willy Wonka, he's a pro at making books-turned-movies good (which is a rare thing, let's be honest).

He's also a musician (he plays guitar and the drums). Don't believe us? Just watch this.

He's willing to go totally out-there for a role. Plus, it's hard to imagine Tim Burton's films without him.

He's 50 years old--but still looks good enough to wear all over your T-shirt.