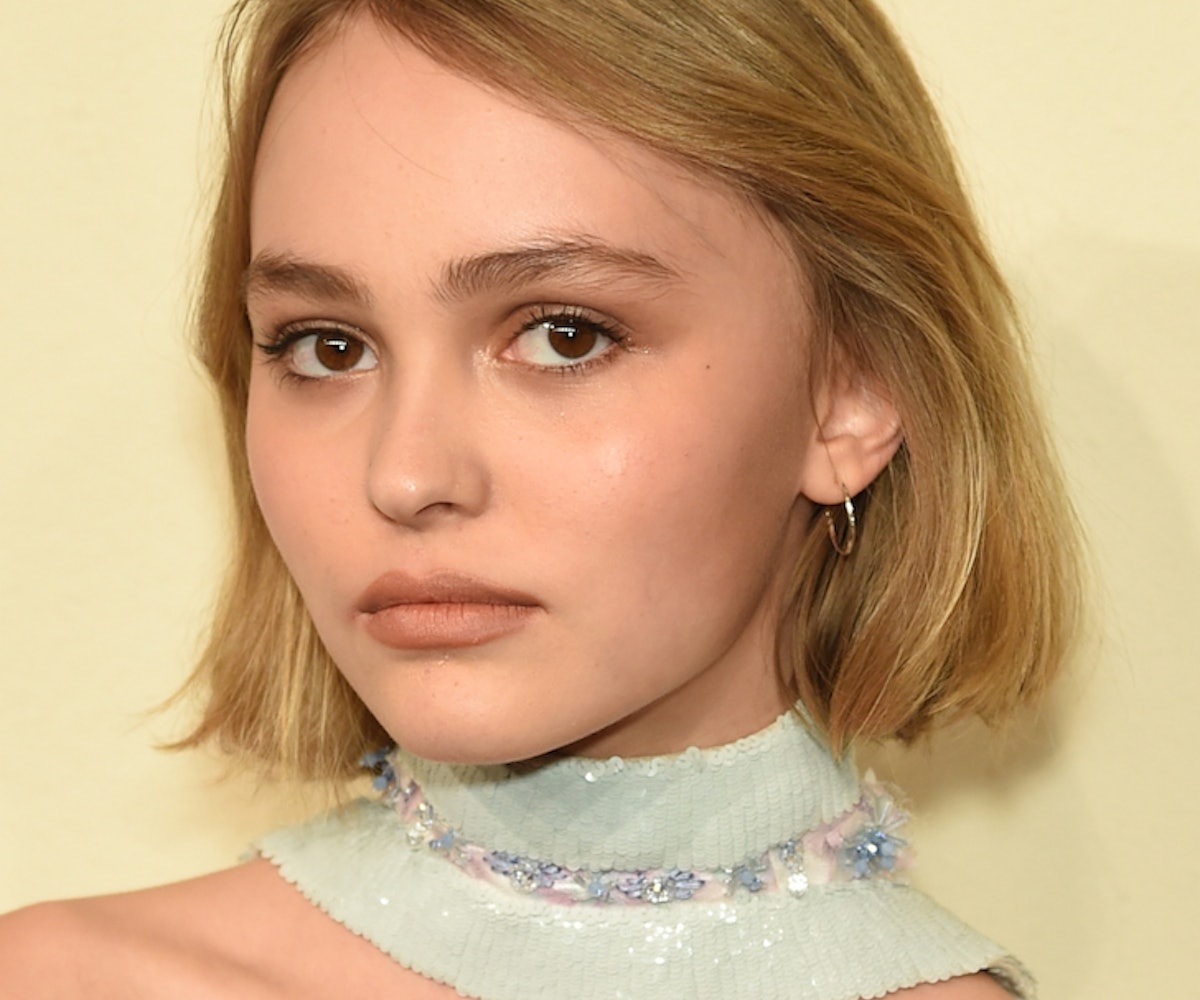 Notorious lover of privacy Johnny Depp just made a highly unusual move when he spoke to the Daily Mail extensively about his daughter Lily-Rose Depp. Classic dad move, saying glowing things about your daughter in the press. Soooo embarrassing! Depp says that when his daughter revealed that she was gender fluid, he was just about the only one who wasn't surprised. "She’s got thousands of followers on social media, and they were all taken completely by surprise," he said. "But not me. I already knew because she tells me everything - she’s not afraid to say anything to me. We’re super-tight and I’m very proud of our relationship."

He went on: "And, whatever she is doing, if she needs any advice, I’m there for her. Kids are going to make their own decisions, but I guess that the only thing you can do as a parent is to offer support. And I do."

Depp also confessed that his daughter's rapid ascent to global stardom has totally disturbed him, which isn't hard to imagine.

"What’s happening to Lily-Rose is something that I didn’t expect to happen this early, that’s for sure!

It’s such a funny thing when you see your daughter transitioning from your baby, your little girl, to suddenly being a young woman.

If you’re not really looking for it, you can miss it, and Lily-Rose is on that road already and there’s nothing I can do to stop it. She’s been snatched up by Karl Lagerfeld—which is a coincidence, as he spotted her mother when she was the same age, too—and when I see her with make-up and all that stuff, it’s really disturbing, because she’s a very beautiful girl, and it’s all happening so fast.

Her becoming an actress was never my dream or my desire for her, but that’s what she enjoys doing, and it’s her passion and it’s where she ended up. And she’s got the goods - she can certainly deliver."

Surprisingly, Johnny Depp had even more to say about his daughter, which is officially makes this the cutest form of Proud Dad Syndrome we've ever seen. Read the rest of his comments here.

NEXT UP
fashion
All Of The Sexy, Sparkly Outfits From The 2023 Grammys Afterparty
Culture
For The Girls Of Forever Magazine, What's Forever Is Friendship
Beauty
Charli D’Amelio and Landon Barker Wore His & Hers Goth Manis To The Grammys
Culture
Who Won At The 2023 Grammys
Style + Culture, delivered straight to your inbox.