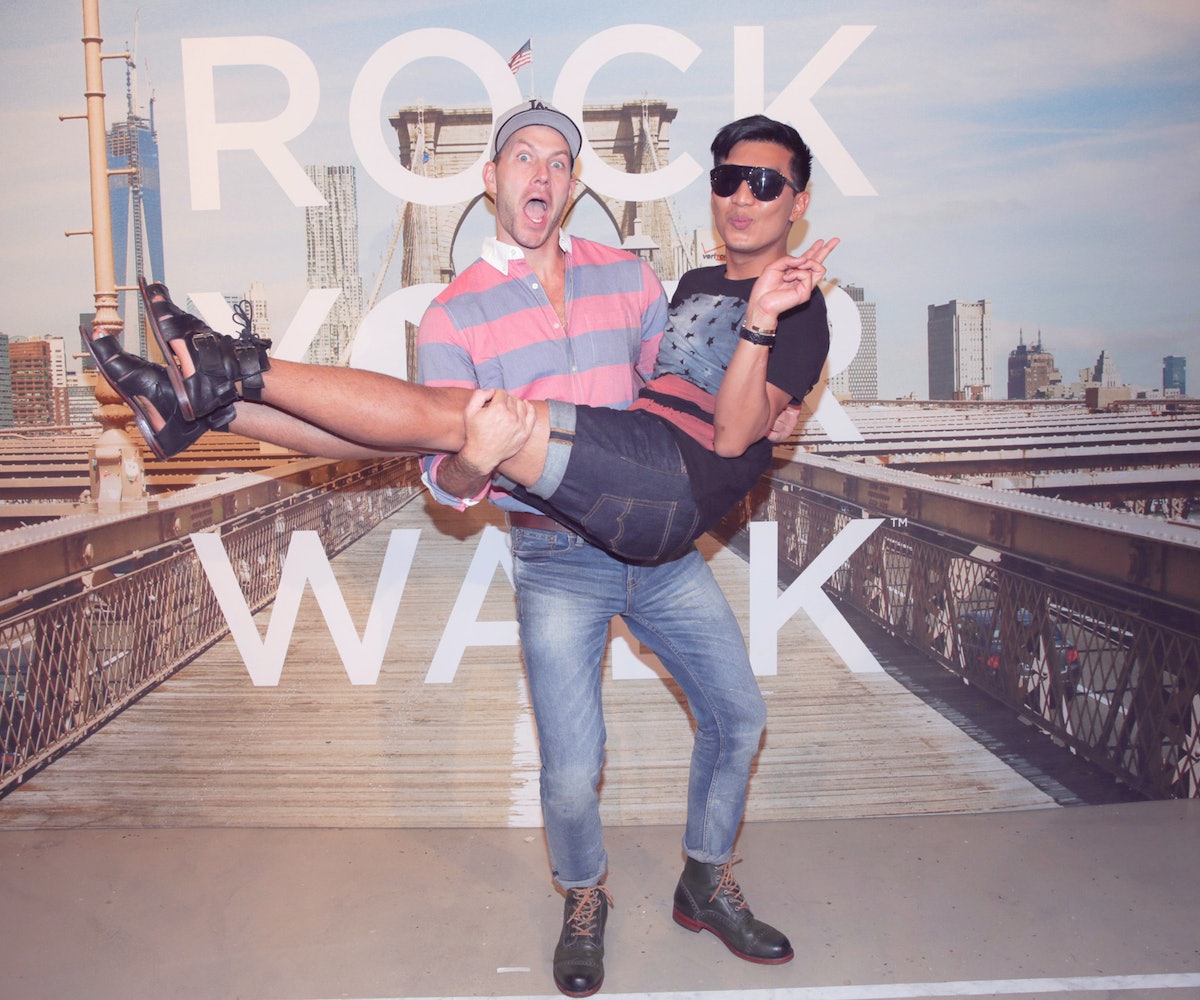 After talking to Kelly Cutrone last week about America's Next Top Model: Guys and Girls Edtion, our smizes have turned into big fat cheesy smiles. Not only are we stoked because we've been hanging on to Tyra's every word for the past 19 cycles, but also because the winner gets a feature in NYLON. While we have to wait until tonight to see who has a shot at becoming America's Next Top Model (8 pm on The CW), we caught up with the show's photo shoot creative consultant Johnny Wujek and social media correspondent Bryanboy at American Eagle's Rock Your Walk event. Because who better to tell us about adding boys to ANTM than the boys of fashion themselves? See what to expect, and make sure to tune in tonight!

How did adding guys into the mix change the competition?

Bryanboy: It's a really big change to have guys in there. To be honest with you, based on my experience guys have more drama. More than the girls, and they cause a lot of drama there! At the end of the day, in modeling, it's a competition [over] who can get the job. So whether you're a boy or girl you have to put out your best.

Johnny Wujek: It's a whole new ballgame. Now it's like a modeling contest meetsThe Real World meets Battle of the Sexes. It's crazy. The guys to me were a little bit more emotional than the women this season. They were crybabies.

Kelly Cutrone told us that we should definitely expect some hookups. Do you have any dirt on that?

BB: Between you and me, I haven't seen what happens inside the house--judges are not allowed to know what goes on--but I do know, because when we were taping in Bali my villa was right above the cast house. So at four o'clock in the morning, people are screaming, people are throwing things. There's drama, there are hookups, yeah!

JW: There definitely were hookups. A lot of them had boyfriends and girlfriends, but there was still major flirting. There was one guy who was just such a player!

What do you think is the top quality in an ANTM winner?

JW: Confidence. Since I've been on the show, and I watched it too, but just being there it's really all about confidence. Coming to set, being in this contest, and knowing you're the shit. Knowing that you can win and really acting on it. Because they get there in front of the camera and a lot of them are great [but] haven't [been confident] so it's frustrating to see them. A lot of them did good and some of them just never evolved.

Which contestants get the most love from the fans?

In three words, what we can expect from the photo shoots?

BB: Probably just having breakfast with her by herself. I grew up watching her show, I admire her so much, so to just wakeup early and really have a private, intimate moment with her. She's an inspirational business woman.