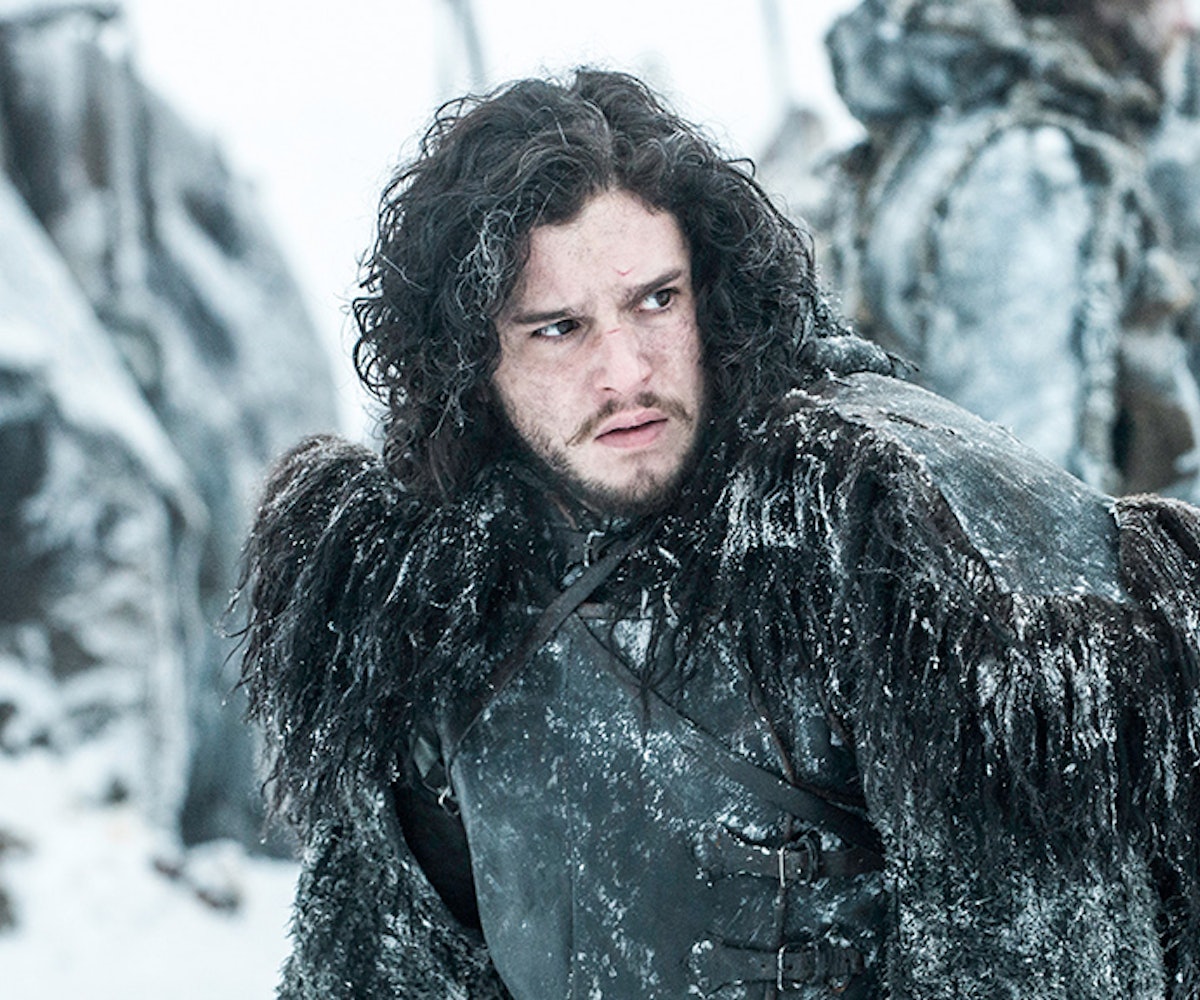 Last week, I sat down at this very spot and wrote an exhaustive and entirely convincing rundown as to why Jon Snow may be dead, but in the Game Of Thrones universe, dead is dead...unless it isn't. However, it seems that HBO may be adding fuel to their own fire, as when HBO announced its Game Of Thrones Comic Con panel, it wasn't what they said; it was what they didn't say. (I am assuming that you had read the piece in which I unequivocally prove Snow is alive, and that you are aware that spoilers, from here on out, are imminent. If not, here it is.)

Vanity Fair, another publication whose work I greatly admire when it comes to getting to the bottom of this Jon Snow situation, pointed out that the absence of Kit Harrington from the panel is rather odd. When characters are killed off, their actors come back and chat about the past season at the con—Jason Mamoa even stormed the stage after the death of Khal Drogo. But Kit isn't making an appearance, as he has conveniently (too conveniently?) booked a new film to be shot this summer. But it isn't just Kit who is being suspicious. Both George R. R. Martin and the show's creators will be missing. For the first. Ever. Which means there will be no one who can talk definitively on the direction of the show, except by playing around and using deliberate language, which is, "Jon Snow is not alive," or "Jon Snow, as a concept,  is dead" or "Perhaps there is a Jon Snow inside all of us." (I made up that last one.)

HBO is making sure that it keeps its mystery alive, and that the people closest to the truth aren't even present to comment, which is a wily plan indeed.

Another interesting point is that HBO announced the site "Beautiful Death," which plays off the validity of the popular joke that everyone's favorite GoT character is immediately killed off. It's worth a look for any fan.

The site features artistic renderings of the show's most "iconic" deaths throughout the seasons. But for the last episode of season five, we don't see the betrayal of Jon, a character who we have followed since the very first episode/chapter, but Stannis Baratheon, a character who we have all grown to loathe (because daughters are not s'mores for your Red God, dude). It is weird that Snow's portrayal is missing, to say the least.

Oh, HBO, what a sly minx you are, indeed. These breadcrumbs you leave us are deliberate, and they are cruel.