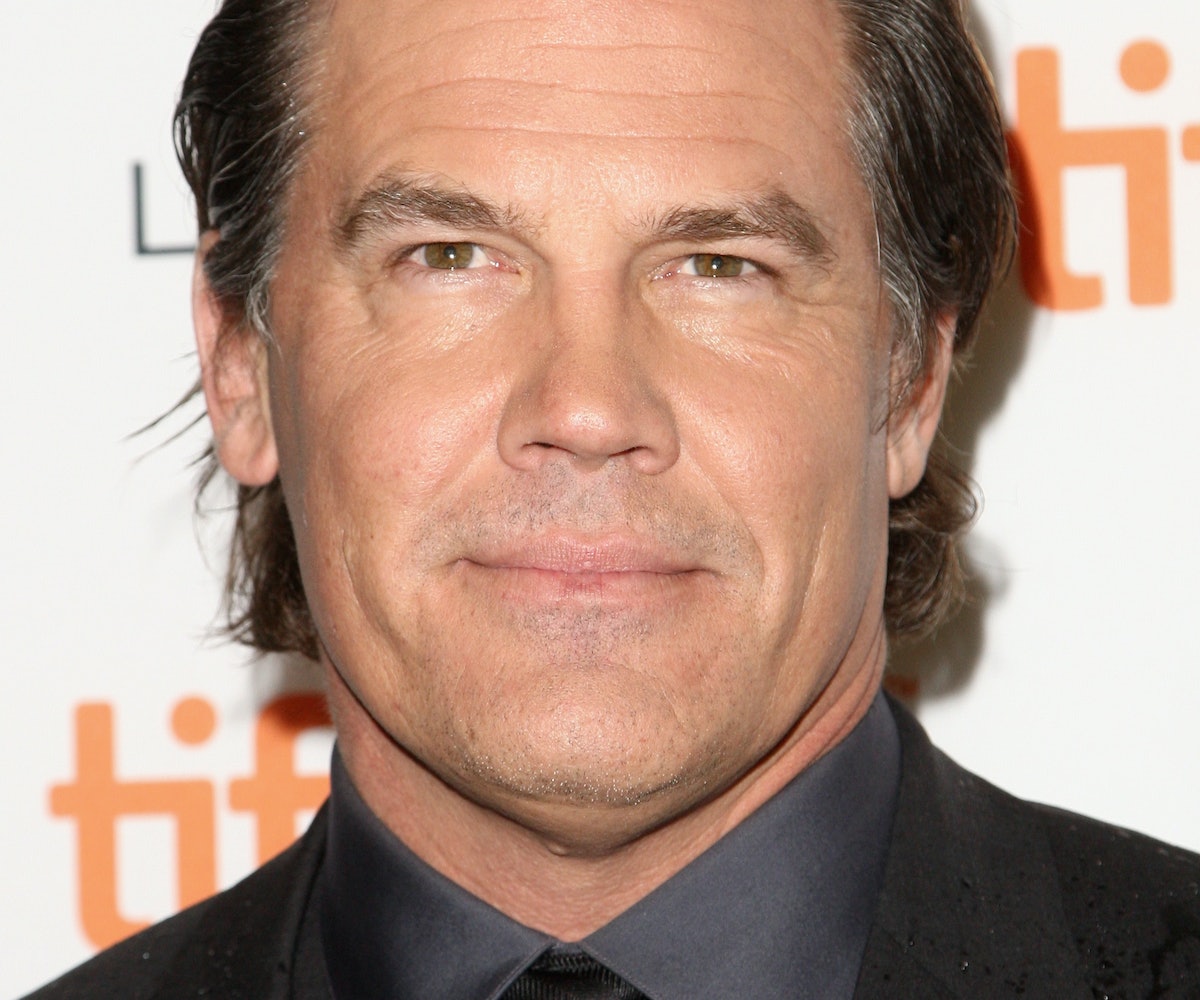 Here's a new one: leading man shade! In a new interview with Man of the World magazine, Josh Brolin gave a colorful interview where he maybe, probably, most definitely, made some not-so flattering references to former co-star Ryan Gosling. Brolin was reminsicing about his younger days on set, when he used to put on a tough guy front that he's since eased up on. But not so for some younger actors, according to Brolin, especially one in particular who sounds a lot like Gosling, who Brolin shared screen time with in Gangster Squad.

“I see young Hollywood punks on the set, and it’s funny to me. Because it’s absolutely me all over again. I’m the old guy who’s like, Oh cool, you got your leather jacket and it cost you $400 and you bought it all ripped up! I remember a guy I worked with who was from Ontario, but he talked like De Niro. I was like, Holy shit, he’s actually doing De Niro. Does he know that I know? I’m not even listening to what he’s saying. It’s fascinating to me.”

As Vulture points out, there are several obvious tells that Josh Brolin is probably talking about Ryan Gosling, who is from Ontario, has a thing for leather jackets, and who famously talks in an a pseudo-Brooklyn accent. A quick Google image search also reveals not one photo of the two of them standing next to each other and smiling, which is strange for two actors who promoted a big movie together. Anyway, if Brolin wasn't talking about Gosling and was in fact referencing Mike Myers, then apologies to everyone in advance.