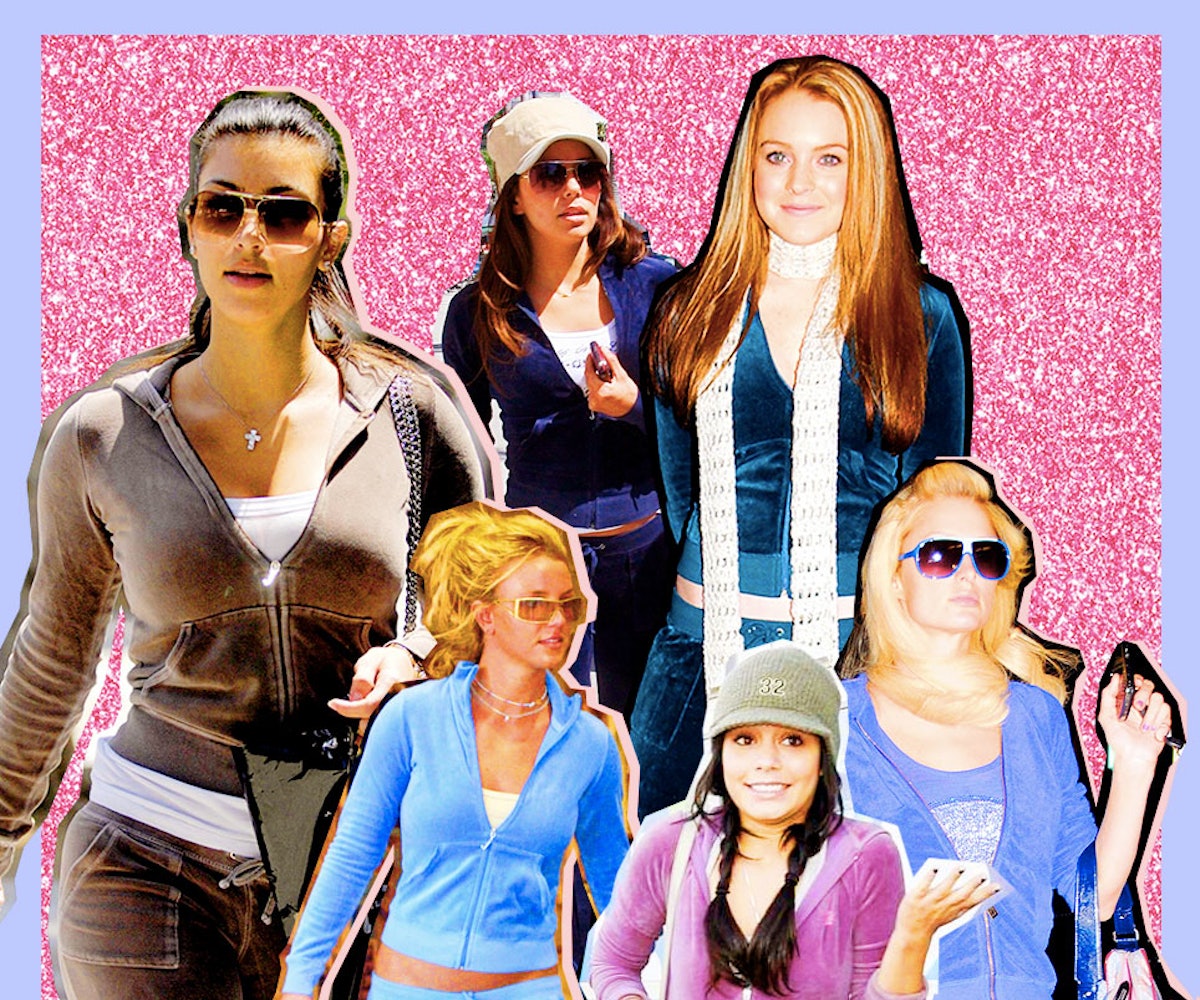 Many say that true celebrity-driven pop culture died with the end of the aughts. In fact, there are entire Tumblr, Twitter, and Instagram communities dedicated to it. While that might be a bit dramatic of a statement, it's true that the few years after Y2K looked like a totally different landscape from that of today. That landscape was filled with Juicy Couture tracksuits.

The rise of Juicy was ultimately tied to the rise of celebrity obsession. Tabloid publications were gaining steam, and paparazzi began to move off the red carpet and into the streets. Celebrities were no longer just actors, models, and musicians—there was a new breed of celebrity, and it encompassed the heiresses, the provocateurs, and the social media stars, and everyone wanted to see what they were wearing. They began to dictate everyday style, and their item of choice was the brand's tracksuit.

Like nearly every other person in the world, I became swept up in the brand. The tracksuit wasn't just an item of clothing that sat in your closet. It was a lifestyle. It affected the way we all perceived fashion and encouraged comfort and confidence above all else.

Perhaps the best part about it was that it was an accessible form of luxury. I had access to it as a teenager growing up in the suburbs. I splurged on sets with the money I saved up from babysitting every week. I begged my parents to get me the latest Swarovski-embossed rendition, pleading that it would count as a very early birthday present. For my Sweet 16, I asked my friends to get me enamel charms for my Juicy bracelet. At my private school, I carried around my black tote bag embroidered with "Juicy Couture" in gold thread. (It had a strawberry charm and a patent leather trim. It was iconic.) And when it was dress down day, and we could wear whatever we wanted, the color of your tracksuit and its detailing became a major conversation point. It brought people together, which is something that most fashion brands can only dream of doing.

But like all good things, it had to come to an end. The everyday style became more contrived and, therefore, boring. Two years ago, the brand closed all of its domestic stores (the ones that I saved branded water bottles from), and its Black Label collection became available exclusively at JuicyCouture.com and international locations. It felt like an end of an era and solidified Juicy's tie with nostalgia.

Luckily, for those who still feel a close relationship to the company, Juicy Couture is starting its comeback. They're reviving the tracksuit and introducing it to an audience that was too young to fully feel its effects. As soon as I heard the news, I raced to the website and grabbed myself a velour ensemble.

Whereas head-to-toe velour was the way of the '00s, the new golden age of Juicy seems to be about mixing pieces and incorporating them into everyday looks. Whether it be pairing a sweatshirt under a moto jacket, or throwing on a pair of joggers with a silk tank, it's about using the pieces to express your personal style. I chose a black hoodie and Behati Prinsloo-designed boxer shorts, and when I threw them on, I found myself walking with a newfound confidence. Whether it was the gold "J" zipper, the fabric, or the overall comfort of it all, there was something about it that transformed my everyday. No doubt envious of my look, I received my fair share of stares and smiles.

The aughts may be over, and its brand of pop culture is certainly done. But the resurgence of Juicy Couture is sure to usher in a new era of style.