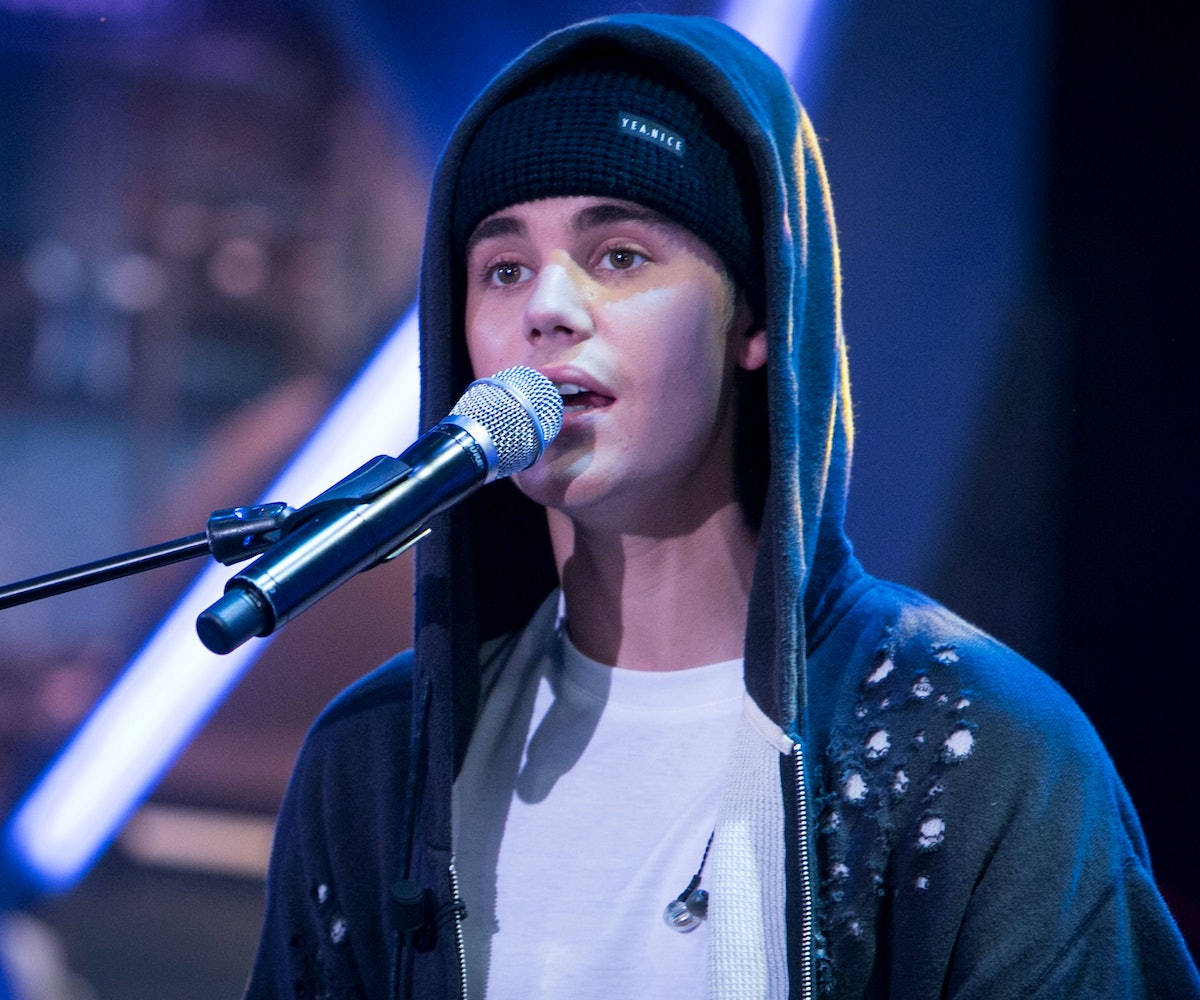 Justin Bieber is, and always has been, a polarizing figure. And despite the fact that more and more people are paying attention to his music (which, if you haven't noticed, is pretty damn good at the moment), there will most likely always be a cloud of silly, mundane drama surrounding him, given the plethora of paparazzi, social-media followers, and media outlets that are waiting for him to make some controversial statement or action. So during his first appearance on Ellen's Justin Bieber Week, Ellen DeGeneres asked him about those nude shots, which then transitioned to the fact that his friend, model Jayde Pierce, was in the background of the picture.

When asked if she is his girlfriend, Bieber quickly responded, "No, it's not. Just a friend." When pushed about the fact that he brought someone who was just a friend to Bora Bora and then got naked in front of her, he responded, "Why are you putting me on the spot like this? Gosh," and continued, "I'm not dating anyone, though."

He later spoke about the songs that were inspired by his ex-girlfriend, Selena Gomez: "Sorry," "What Do You Mean?," and "Mark My Words." He also spoke about whether he thinks that he will get back together with Gomez:

"Maybe. I mean, we have a lot of history together, so I'm sure—I mean, it possibly could happen. But I think we're both just on our own journeys of just figuring ourselves out, and I think maybe once we figure ourselves out we can come together and make an awesome duo, or you know, she'll find someone awesome; I'll find someone awesome. I just want her to be happy, honestly."