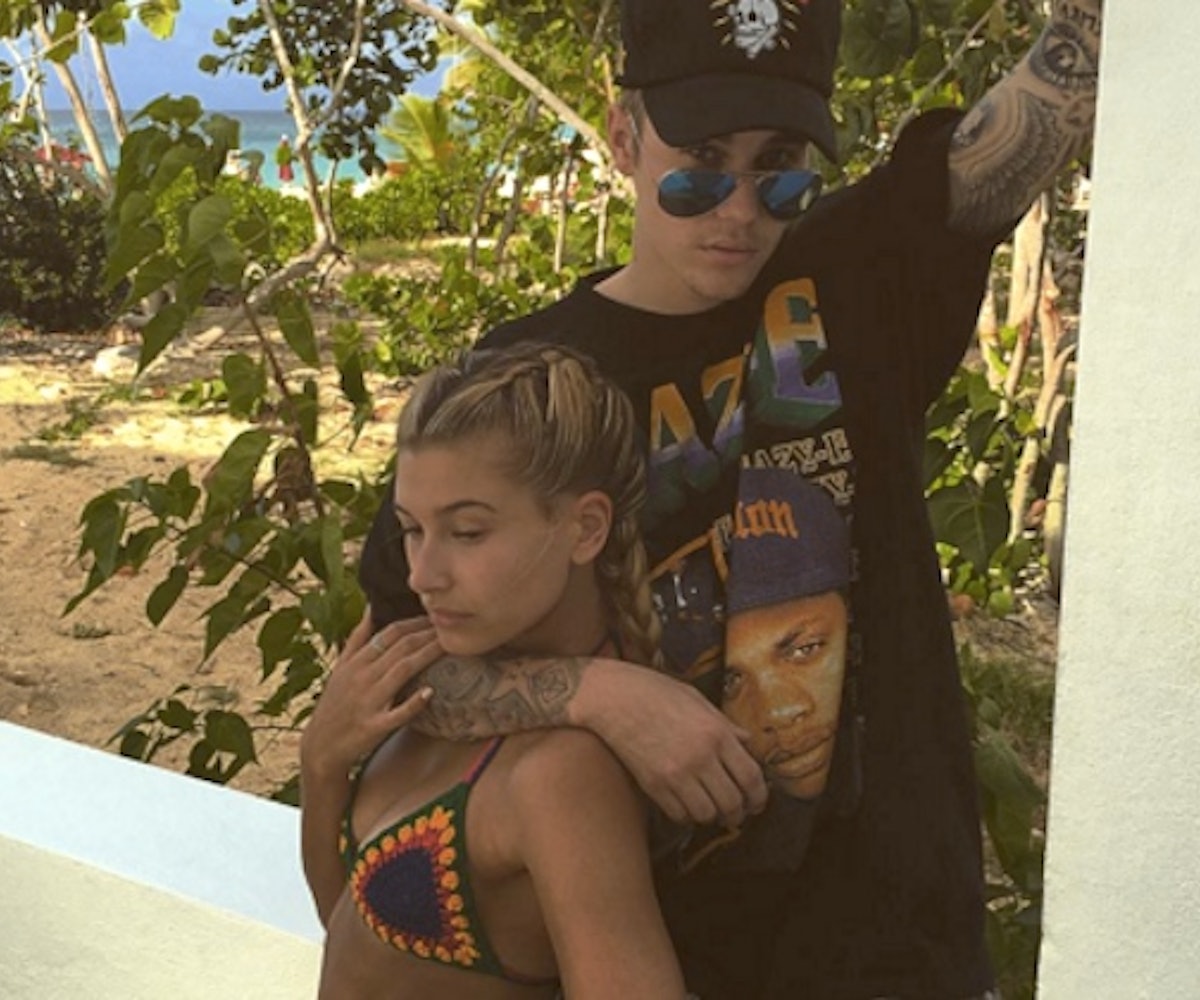 Among many, many other things, 2015 will go down as the year that the once-lovable, then-awful Justin Bieber wormed his way back into pop culture’s collective heart through a handful of great songs and some actually charming behavior. That’s not to say 2015 didn’t have its Bad Justin moments—it just seems that we’re getting more of Good Justin than we have had in forever.

Proof in the pudding are these Instagram shots of Biebs on vacation with his family and—who’s this now—celeb scion Hailey Baldwin. Just look at all that tropical bliss.

Now, looking at these filtered photos, it’s easy to wonder if the two are dating. Reports say it’s highly unlikely given that Bieber and Baldwin have known each other since they were just wee little ones and, well, that would make it kind of weird if they hooked up. Plus, they’ve both denied it one way or another before.

Cute, chummy photos are not all we’re getting out of the Biebs' vacation in this still-to-be-named tropical paradise, however. Take a gander at these poolside acoustic sets the erstwhile Canadian terror has gifted you.

Now, if that weren’t enough young-celeb vacation news, we’ve also got rumblings that Kendall Jenner is off being all lovey-dovey with another tween-bop superstar, Harry Styles. While there’s no confirmation that the two have re-coupled—they broke up in early 2014—they were spotted dining together in Anguilla.

Basically, there’s a lot of hot, rich, young people out there enjoying each other’s company under palm trees. Whether or not you love all these bubblegum celebs or not, you’ve got to admit that the idea of welcoming 2016 wherever they are is getting you more than a little jealous.