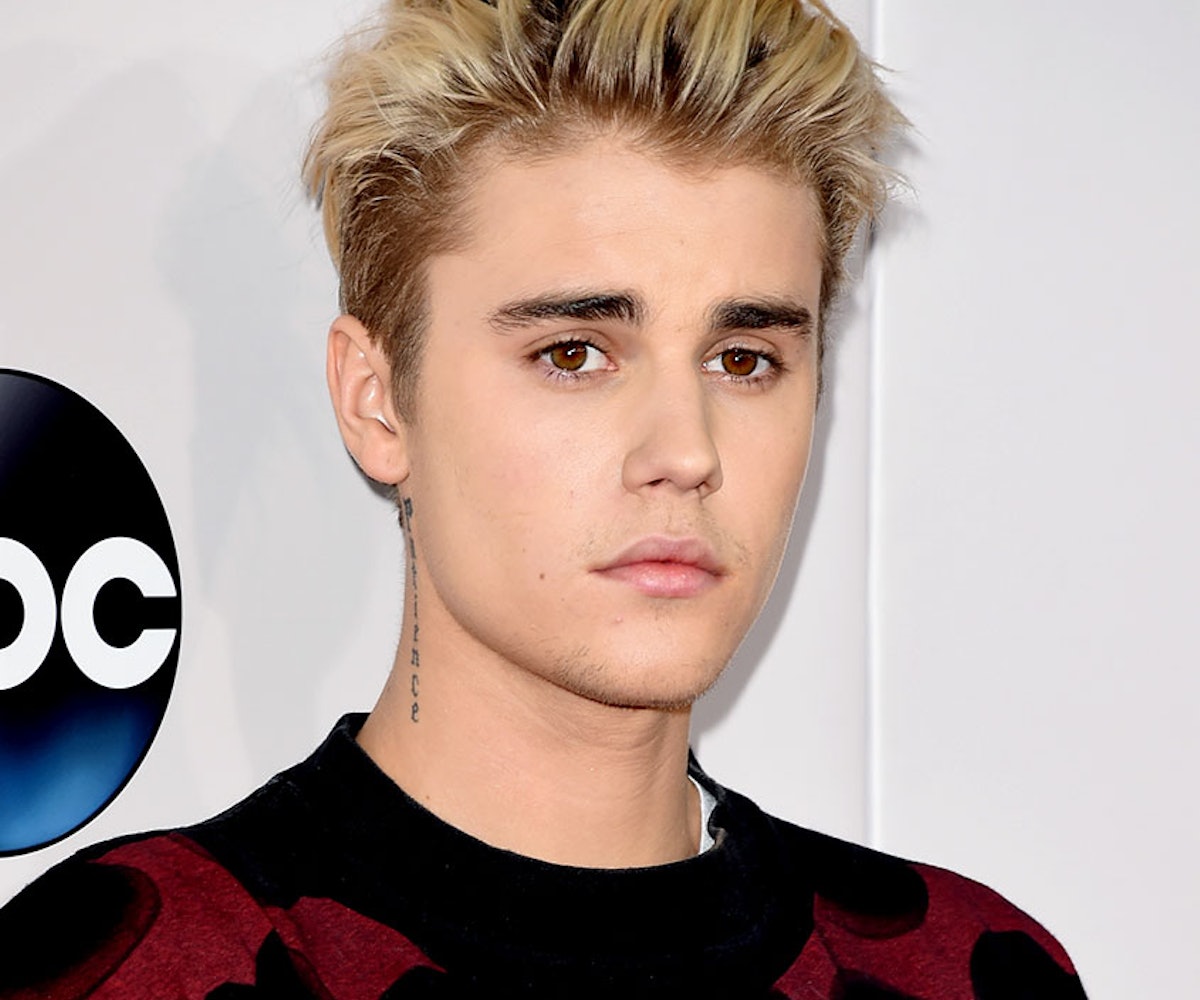 If you're just getting over your neon-hazed "Hotline Bling" fever, it may be time to schedule another trip to the pharmacy and get drugged up, because Justin Bieber, who continuously wonders whether "it's too late now," just revived the cover craze with an acoustic performance of Drake's biggest hit to date. But instead of asking fans to call a number to listen to his rendition, this time Bieber was accompanied by a guitarist.

With Bieber-esque lyrics like "Every time he leaves the city you been trynna run game on me like it's just us / when I see you in his Snapchat on his tour bus so when you hit my line, it don't mean that much," the version is centered around a love triangle, as opposed to Drake's version of lost late-night love. Which one you prefer, well, that's up to you.