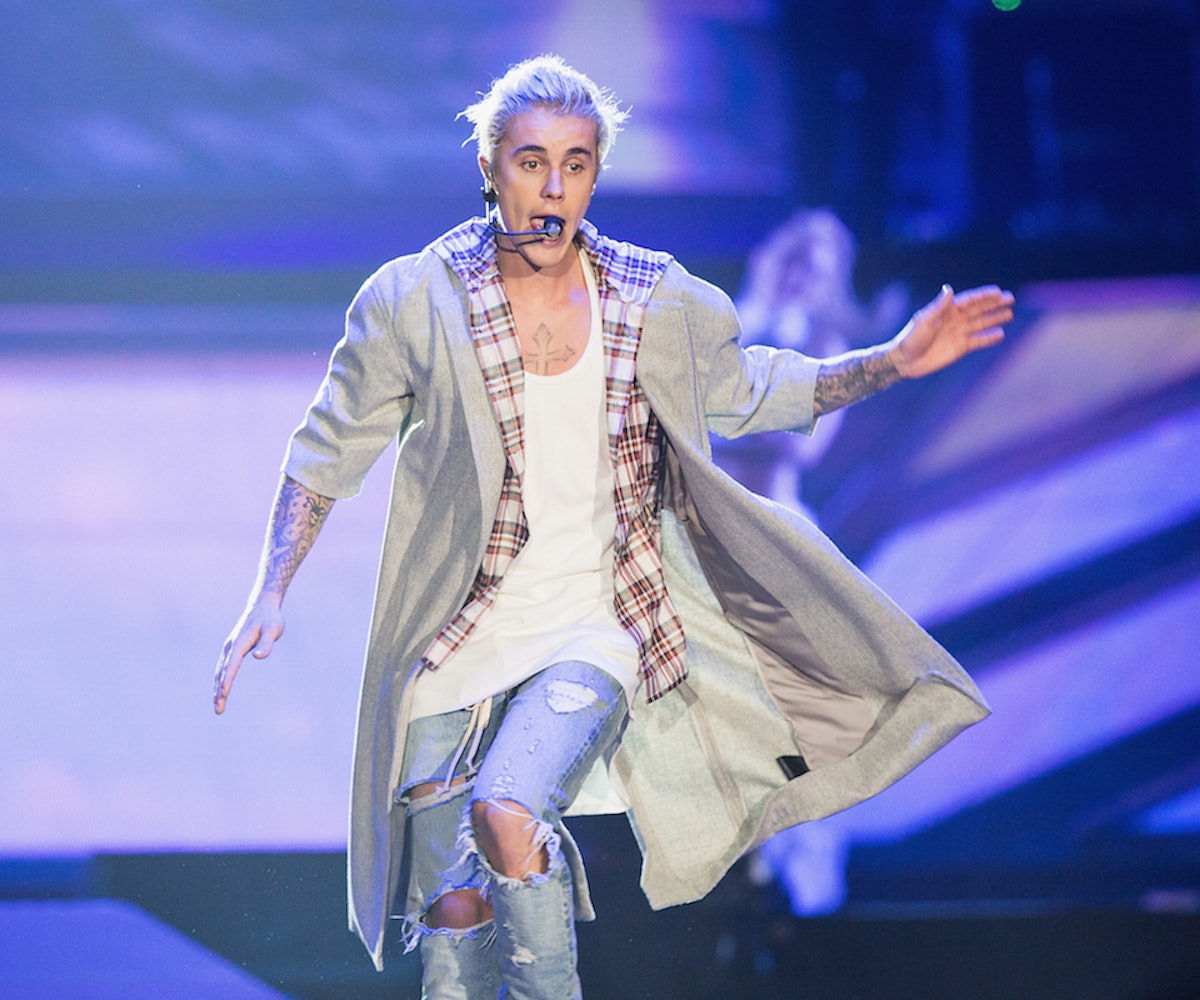 As you can see in the video, Beebs was dodging around amid singing his hit “Sorry” when—ooops—his feet and head traded places and he landed right on his cute, little butt. Per the massive show, that is the Purpose tour, Bieber most likely slipped and fell because the stage was soaking wet. Impressively, Bieber has brought rain on tour with his go-around, so something like this was bound to happen.

According to reports, Bieber dusted himself off and finished his set okay. He even, apparently, apologized to the audience, which is charming considering that only he, his butt, and his pride suffered. As you can see and hear for yourself, not even his vocal performance was interrupted as his voice was still coming in loud and clear thanks to his backing track (shady, Justin, shady).

As TMZ has noted, this is not the first time Bieber has taken a spill onstage. If he continues dancing in the rain, we’re guessing it won’t be the last time either. Take a look below to feel sorry for the guy (while also giggling at his expense).