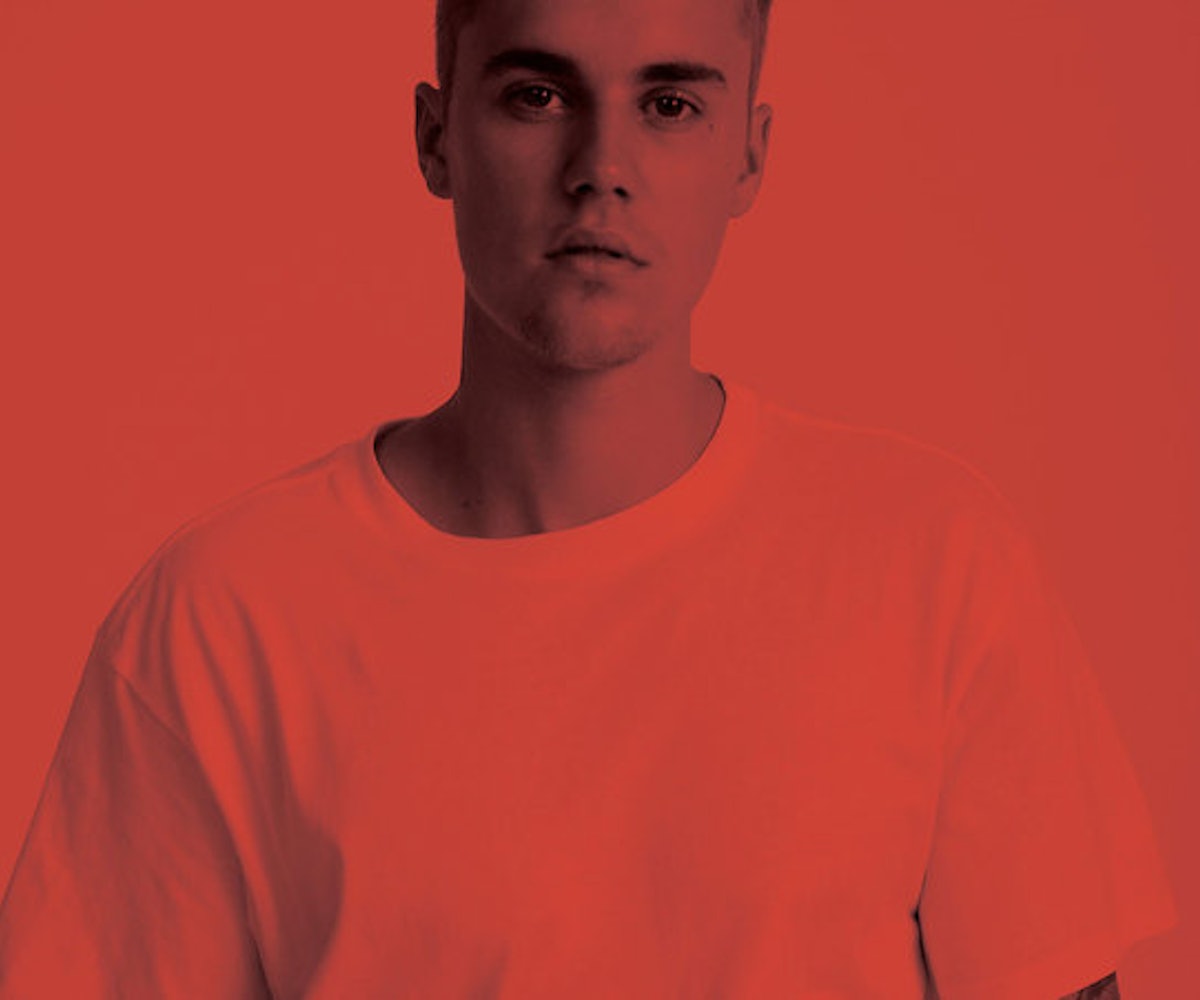 Justin Bieber is now a member of a very specific club, the one made up of celebrities trying their hand at designing the perfect white T-shirt. Unlike Kanye West's $120 one with A.P.C., Bieber's is decidedly more affordable (clocking in at $30) and part of a collaboration with Hanes, a brand everyone knows and basically loves. Good for him! His fans may not be able to see him in concert, but they sure as hell can rock a shirt he helped design. Pick your battles, I guess.

While affordable, quality white T-shirts are something to celebrate, these designs are not exactly groundbreaking. And yet, in an interview with Vogue, Bieber's stylist and T-shirt collaborator, Karla Welch, boldly claims that these type of shirts didn't exist before now. "[He said], ‘I want T-shirts that are long,’ and they literally didn’t exist in the marketplace," she says. "It was a bit of a nightmare."

Stop right there. Long tees have been around for more than two decades. Back in 2005, they were called tall tees and became a staple within the hip-hop community thanks to Dem Franchize Boyz. As the years went by, the style became adopted by the skater community, eventually making its way to fast fashion companies like ASOS and Topman, who referred to it as the longline tee due to manufacturers designing small, medium, large, etc. shirts with longer hemlines. The look remained the same, only more fitted.

So yes, these new Bieber x Karla shirts may be arguably the "perfect tee," as Welch says, but they are by no means the first of its kind. You can get your hands on one, though, now.