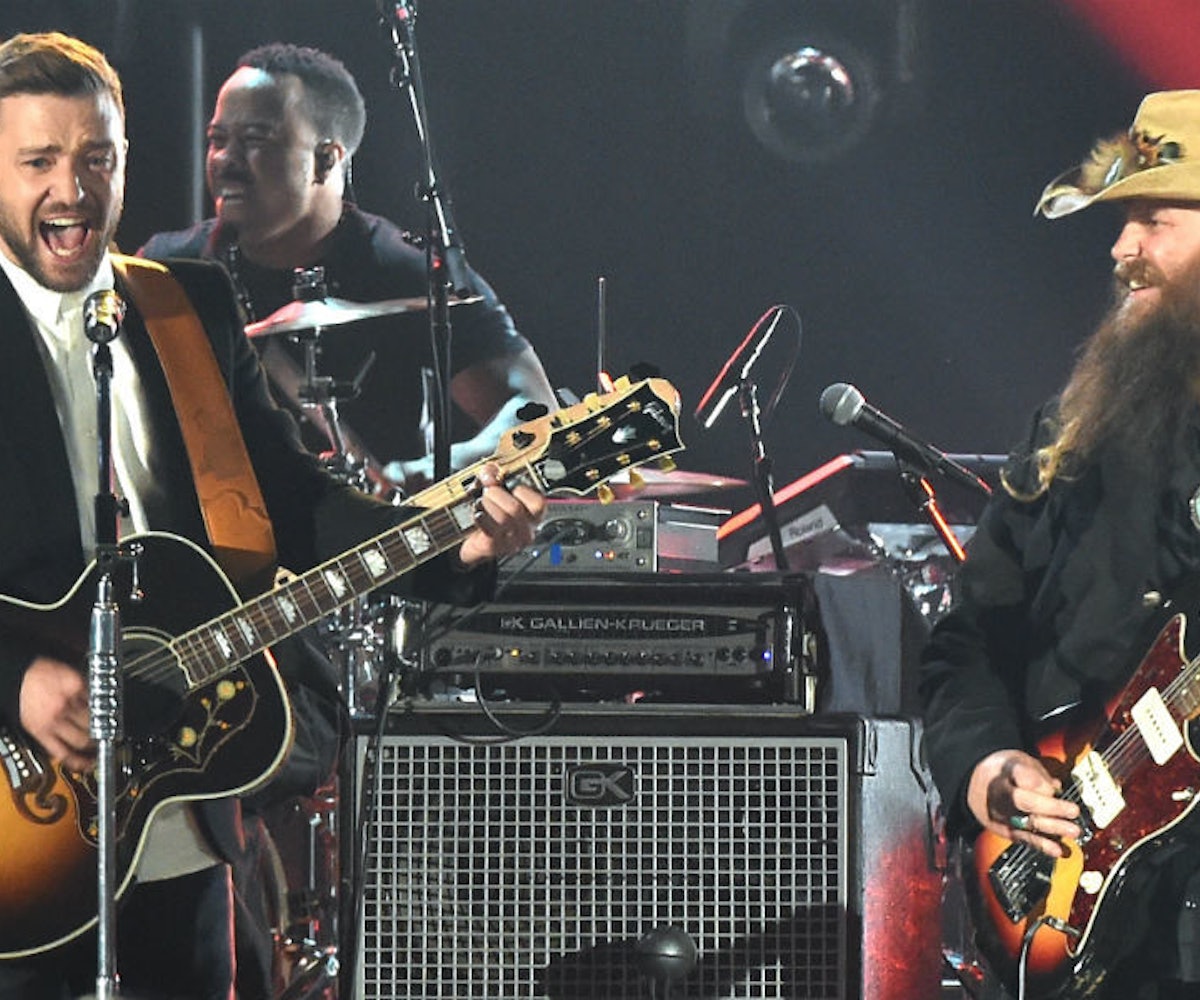 Despite having all of the trappings of a country album—the name, the collabs with country artists, the walking through corn fields, the song titled “Flannel”—Justin Timberlake wants everyone to know he is not, in fact, making a country album.

He tried to clear up any confusion in an Instagram video. In it, he explains to viewers that “the album is named after my son.” His son’s name is Silas. “His name means man of the woods, so stop telling me I’m making a country album.”

But it’s understandable that people would assume as much and, in turn, were confused when all of the videos he’s put out had yet to show this man in any woods. In the teaser video for the album, Timberlake states that the project is going to be inspired by “where he’s from,” which is Tennessee, a state that many would categorize as being, ahem, the country. But, from what we’ve seen, he seems to be inspired by, like, the future?

What Timberlake is really trying to let us know is that he’s not pulling a Miley and embracing his whiteness. He is, in fact, going to continue appropriating black culture. Noted!

The non-country album, Man Of The Woods, is out tomorrow.