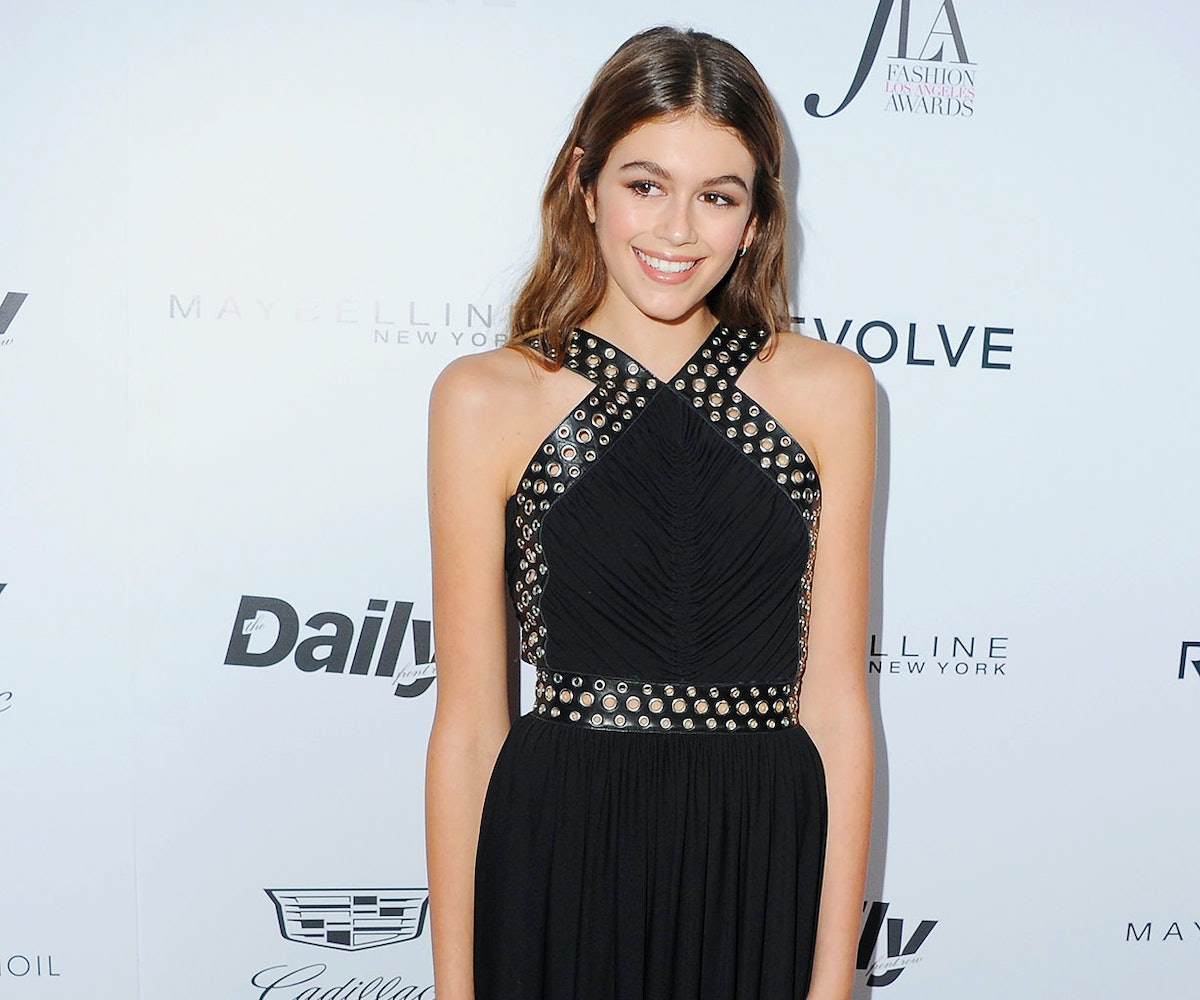 Cindy Crawford's daughter Kaia Gerber has been splashing across headlines as of late, leading one of the most glam and swag-filled lives a 14 year old could wish for (shoot, screw the age cap, we want Gerber's life too). She killed it in the Chrome Hearts campaign, is starring in Alexander Wang's spring campaign, and is also starring alongside her mom on the cover of April's Vogue Paris. She's had quite the year, and isn't even old enough to hit the runways yet (she'll have to wait another two years for that).

Last night at the second annual Fashion Los Angeles Awards in West Hollywood, Kaia was spotted wearing Alexander Wang in a look that took the supermodel-in-training to a whole new edgy level. The all-black pre-fall 2016 look is a ruched-front gown with a touch of badassery, thanks to thick grammeted straps along the sides, neck, and waist. It's as if a Greek goddess decided to go over to the dark side—a fashion inspo we can definitely stand behind. Paired with dark nails and sandals, Gerber looks sophisticated, elegant, and not at all 14 (in the best way possible). Someone is definitely following in their mother's footsteps.