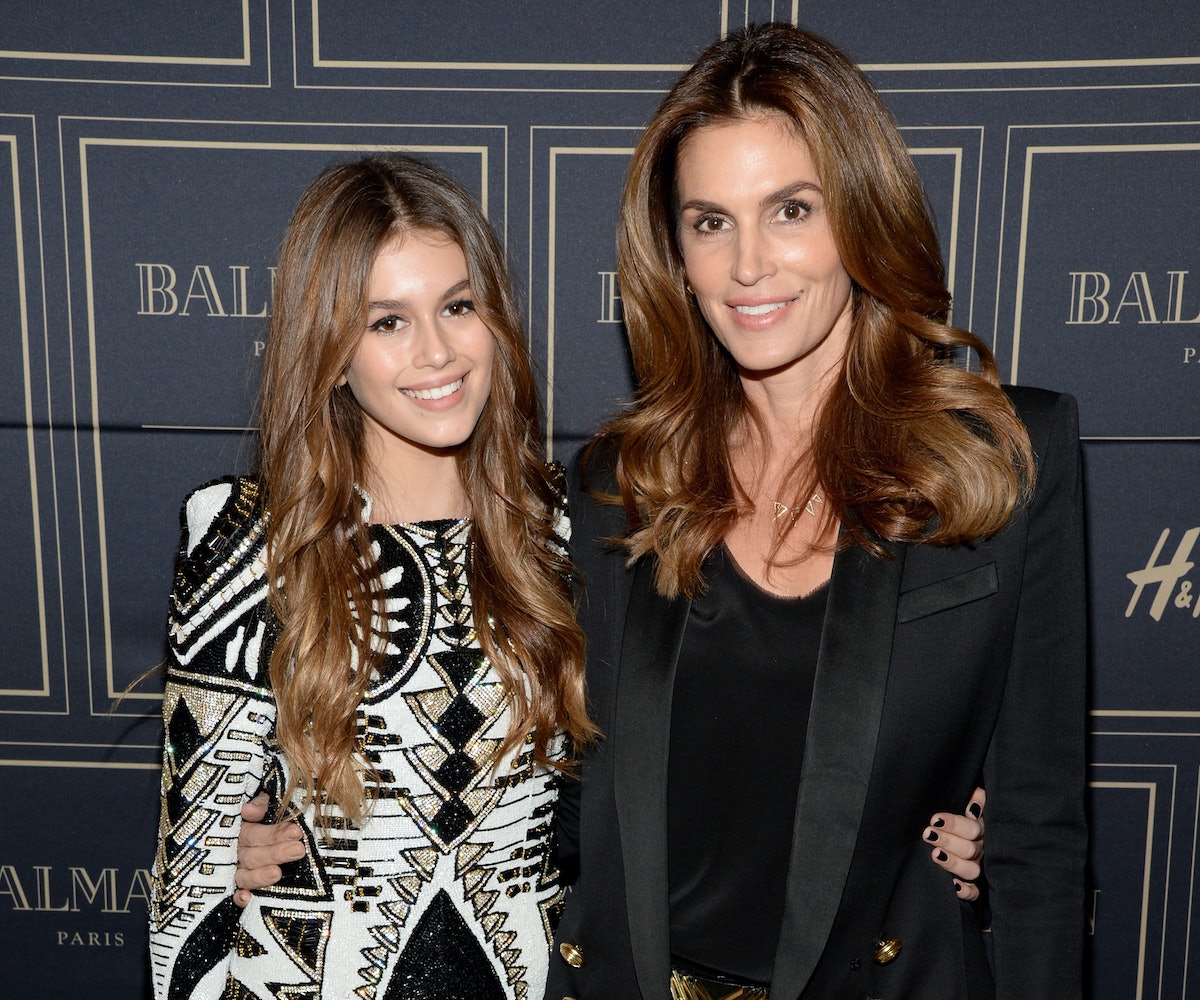 How many teenagers can say that their first magazine cover was for Vogue? We're not sure of the exact number, but we'd like to think that we can probably count it on our hands. Kaia Gerber isn't like most kids her age, though—the 14-year-old is the daughter of legendary supermodel Cindy Crawford, so she's got quite the reputation to live up to. Good thing, Gerber is off to a great start having been recently signed to IMG Models.

While she can't legally make her runway debut for another two years, she's already landed major campaigns with notable brands like Alexander Wang and Chrome Hearts. Now, Gerber is on the cover of the April 2016 issue of Vogue Paris alongside her mother. No big deal, right?

If there is any truth to the age-long "apple doesn't fall far from the tree" proverb, Gerber will be the darling of the fashion industry in no time.