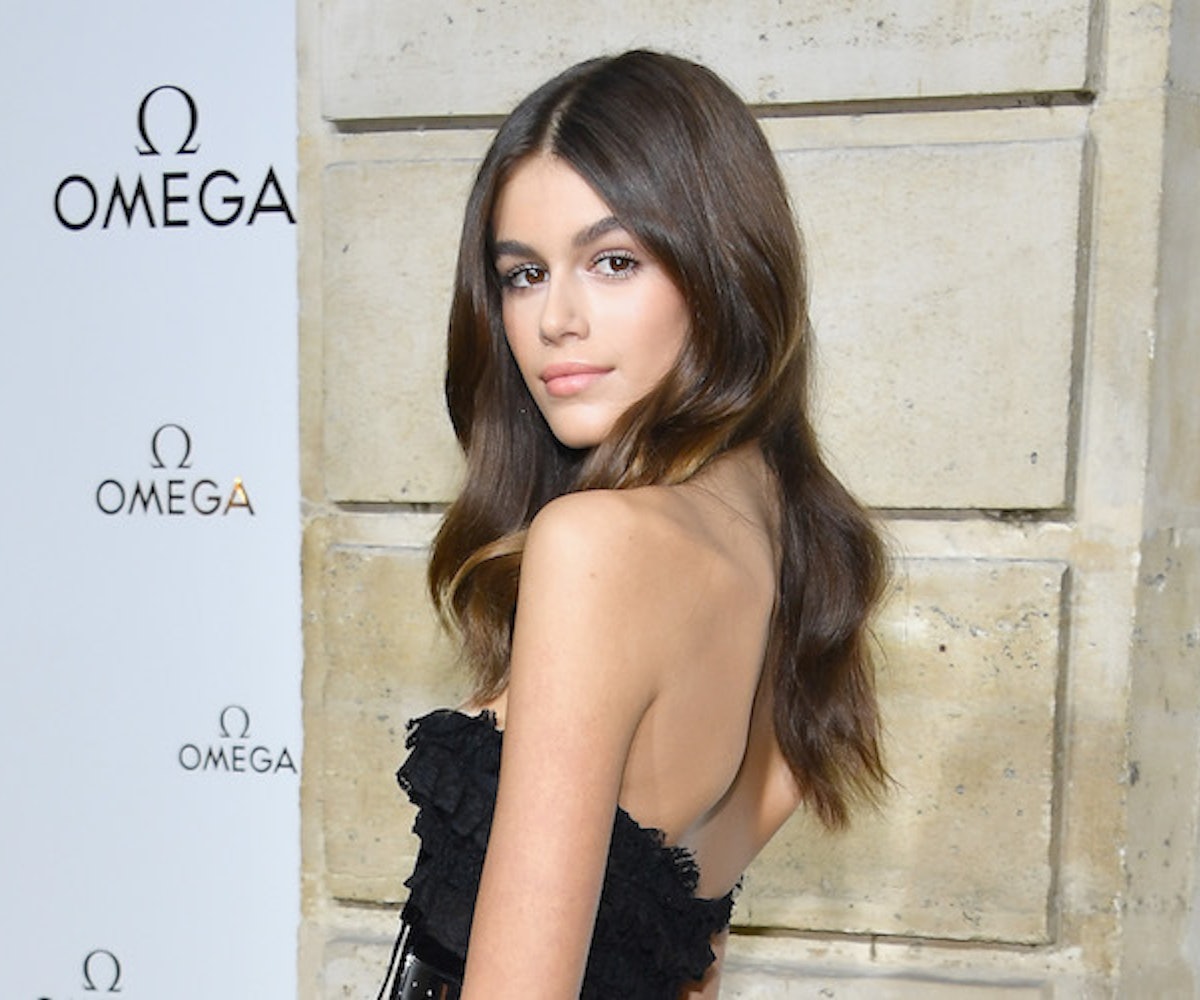 Gigi x Tommy, who? A new model-designer collaboration is coming—and this one will have a Parisian flair.

According to WWD, Kaia Gerber, model of the moment and daughter of the legendary Cindy Crawford, has teamed up with none other than Karl Lagerfeld to design her very first fashion collection. The capsule, which will launch under Karl Lagerfeld's namesake brand, will consist of ready-to-wear and accessories, which will include footwear, jewelry, and eyewear. It will blend both their worlds—meaning, expect a Parisian-chic-meets-West Coast-chill aesthetic.

This news comes just six months after her catwalk debut during Fashion Month, where she dominated the shows (overshadowing even the Hadid-Jenner tribe). It’s no coincidence that she closed out the season by opening up the Chanel show, which boasts Lagerfeld at the creative helm.

Karl Lagerfeld x Kaia Gerber is expected to launch this fall (with a ton of parties to go along with it). While we don’t have any imagery yet, WWD was given a sneak peek of one of the accessories to come: elbow-length, studded leather gloves. Needless to say, we’re already excited.

It’s already shaping up to be a big year for the 16-year-old. Earlier this month, she appeared alongside her brother in the latest Calvin Klein #MyCalvins campaign, and with NYFW and the rest just around the corner, we expect her to have yet another major season on the runway.