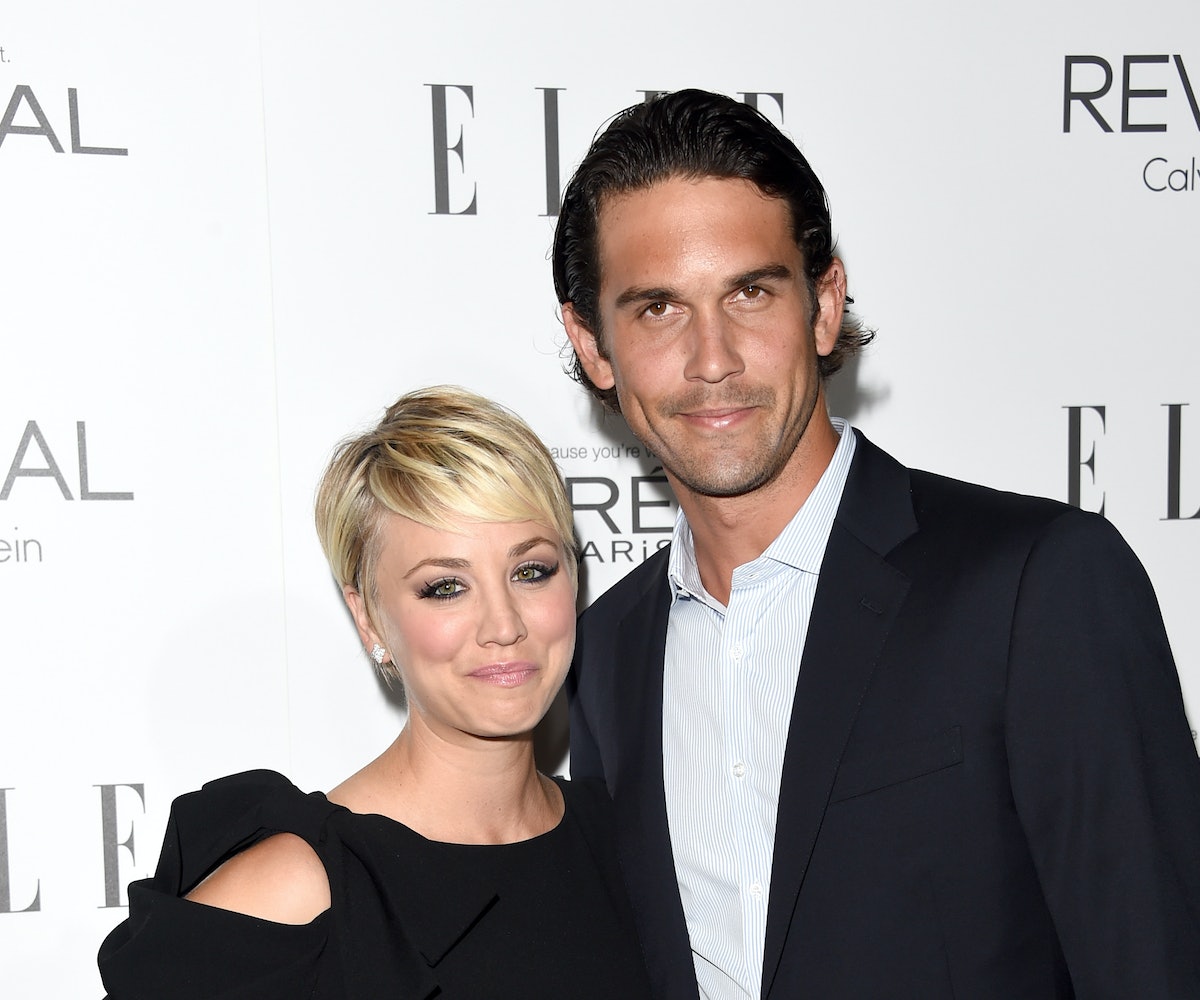 What seems to be the summer of celeb break-ups has taken its final casualty: Kaley Cuoco and Ryan Sweeting have split.

The actress and professional tennis player were married in late 2013, having gotten engaged after just three months of dating. But after a fairytale wedding (Cuoco wore a

) and 21 months of marriage, the two have mutually agreed to divorce.

While some say this split proves that love is dead, others blame the falling-out on the fact that the couple spent the last year living in the house formerly inhabited by Khloe Kardashian and Lamar Odom, suggesting that the California mansion is, in fact, cursed. Others may consider that the recent marriage of Cuoco's character on The Big Bang Theory led to an introspection of her off-screen romance. Whatever the cause may have been, we wish these two all the best.