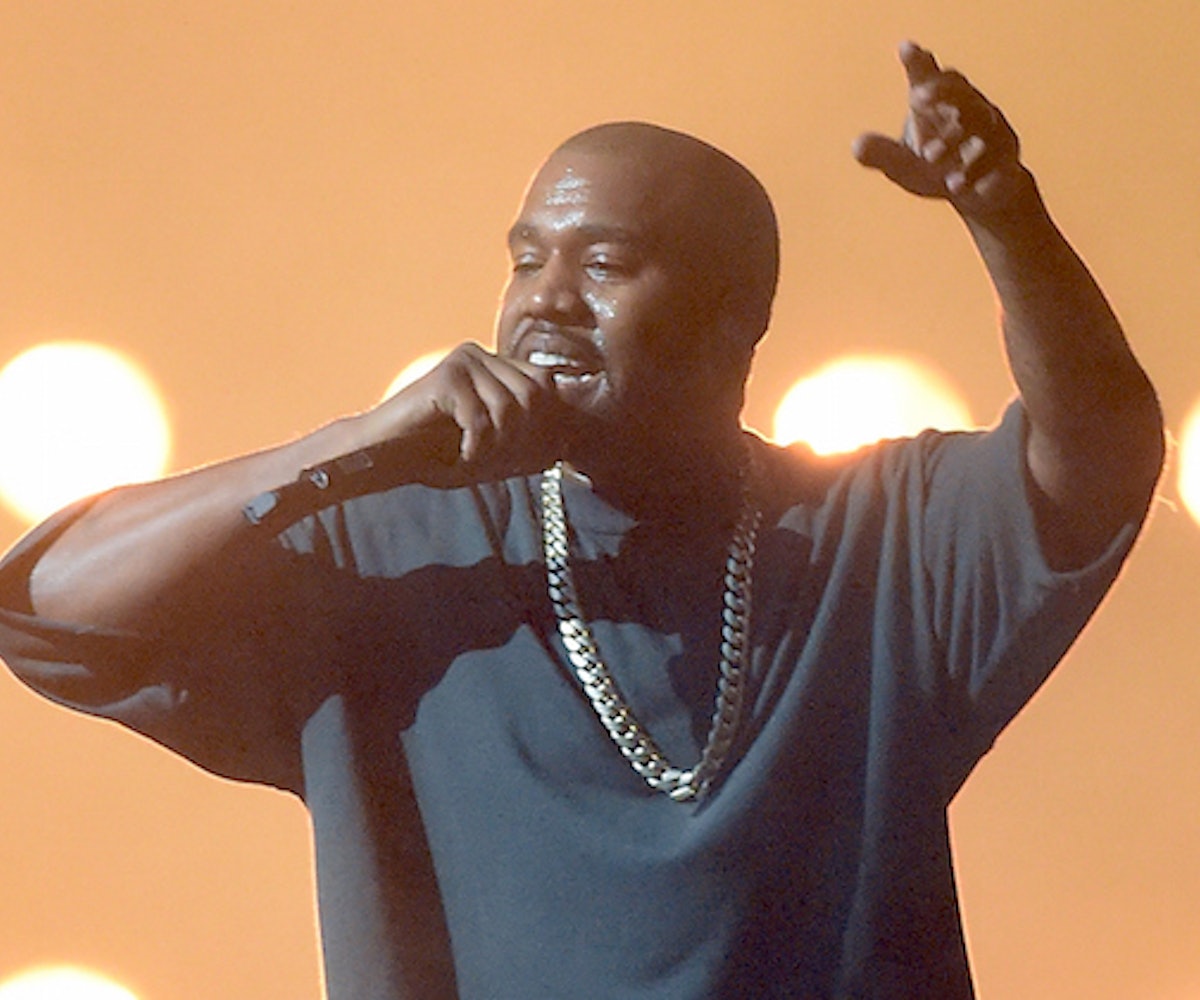 What is the meaning of life? Does God exist? Who killed Kennedy? For the time being these worthy, valid questions must take a backseat in your overworked brain for Kanye West has asked—no, demanded—that you decipher the meaning of his fourth and latest title for his upcoming album post haste.

Specifically, West has dropped four simple letters—“T.L.O.P.”—promising that whosoever correctly cracks the code and explains the meaning of the cryptic acronym will not only win glory and the approval of the great Ye, but a gift basket of Yeezy Season 3 goodies as well.

Quite a mystery, and quite a prize for whoever solves this riddle.

Now, Yeezy, being an incarnation of the Hopi trickster god, Kokopelli, has given us precious few clues to work with here. Even when one looks at the previous titles of the album—which drops this Thursday—Swish, Waves, So Help Me God, there is no thematic line on which to base theories. We feel (and it’s only a feeling) that “Thug Life” could, could account for the T and the L. But O and P? “On Paper”? “Or Paradise”? “On Pho?” Really, the possibilities are as maddening as they are endless.

As of yet, no modern Sherlock Holmes has solved the great mystery of our times, but you can bet that when someone does, we will deliver the answer straight to you. “The Life Of Pi”? Nah. Couldn’t be.