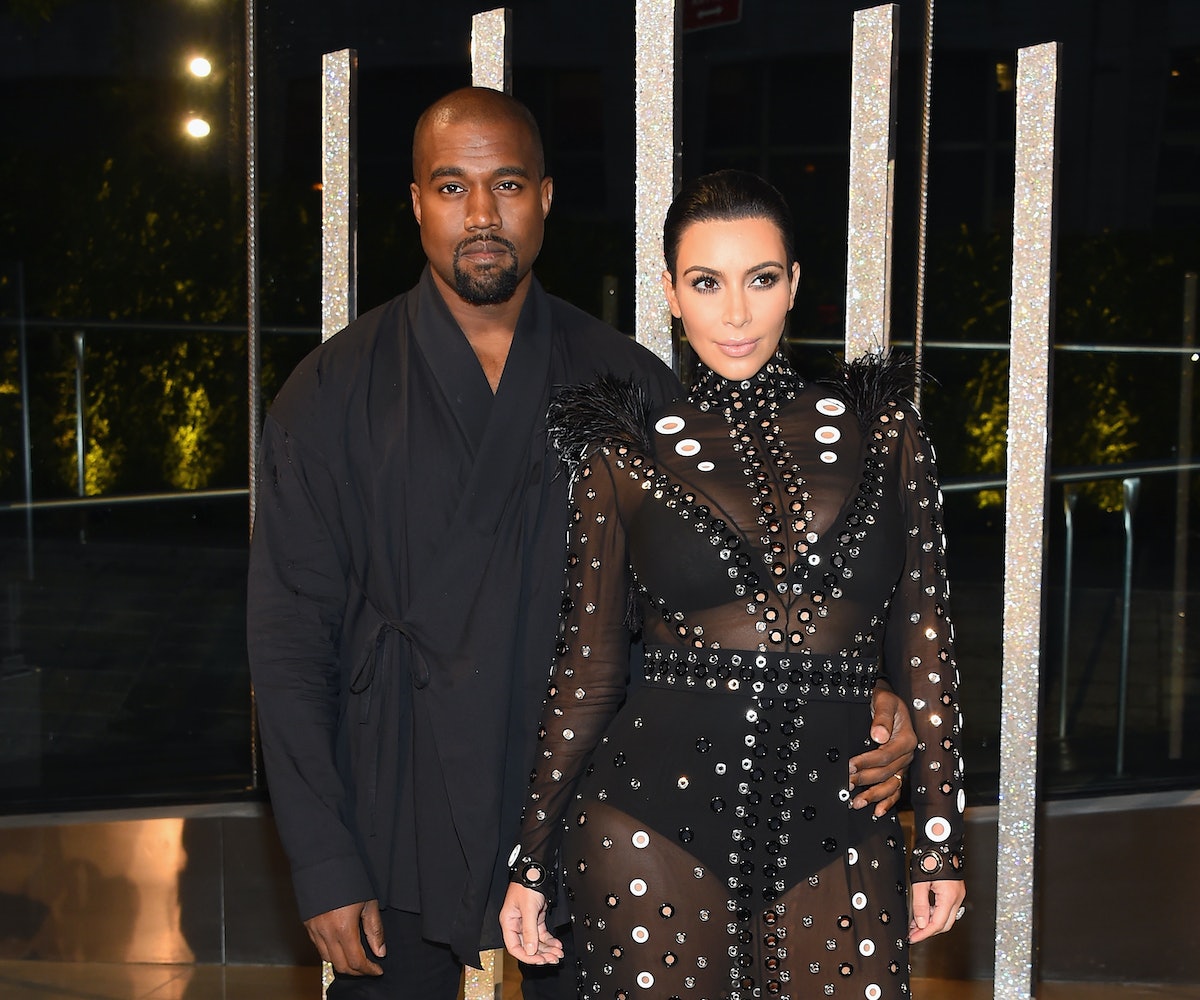 Yesterday, the world watched Kim Kardashian's Instagram feed in hope of discovering what she would do for Kanye West on his 38th birthday. Would she resurrect Michael Jackson from the dead for a private performance of "Thriller?" Would she rent out the White House so Kanye can be president for the day? Or would she take him out for a nice meal and bottle of wine like the rest of us? Nope, nope, and nope.

To celebrate the beginning of Kanye's 38th year on this planet, Kim rented out the Staples Center. Her hubby and his crew lived out their childhood fantasies of playing basketball on the same floor as an NBA team, in this case the Lakers and the Clippers. The reveal came on Khloe Kardashian's Instagram feed, but Kim has since posted a bunch of photos from the party — including a cute one featuing a blindfolded Kanye on his way to the party. Click through the gallery to see.

Kim rented out Staples, bitch!!! Him and his boys are going to ball!!!! Happy birthday, Yeezy!!!!

Thank you, Staples Center, for the most amazing birthday party for Kanye!