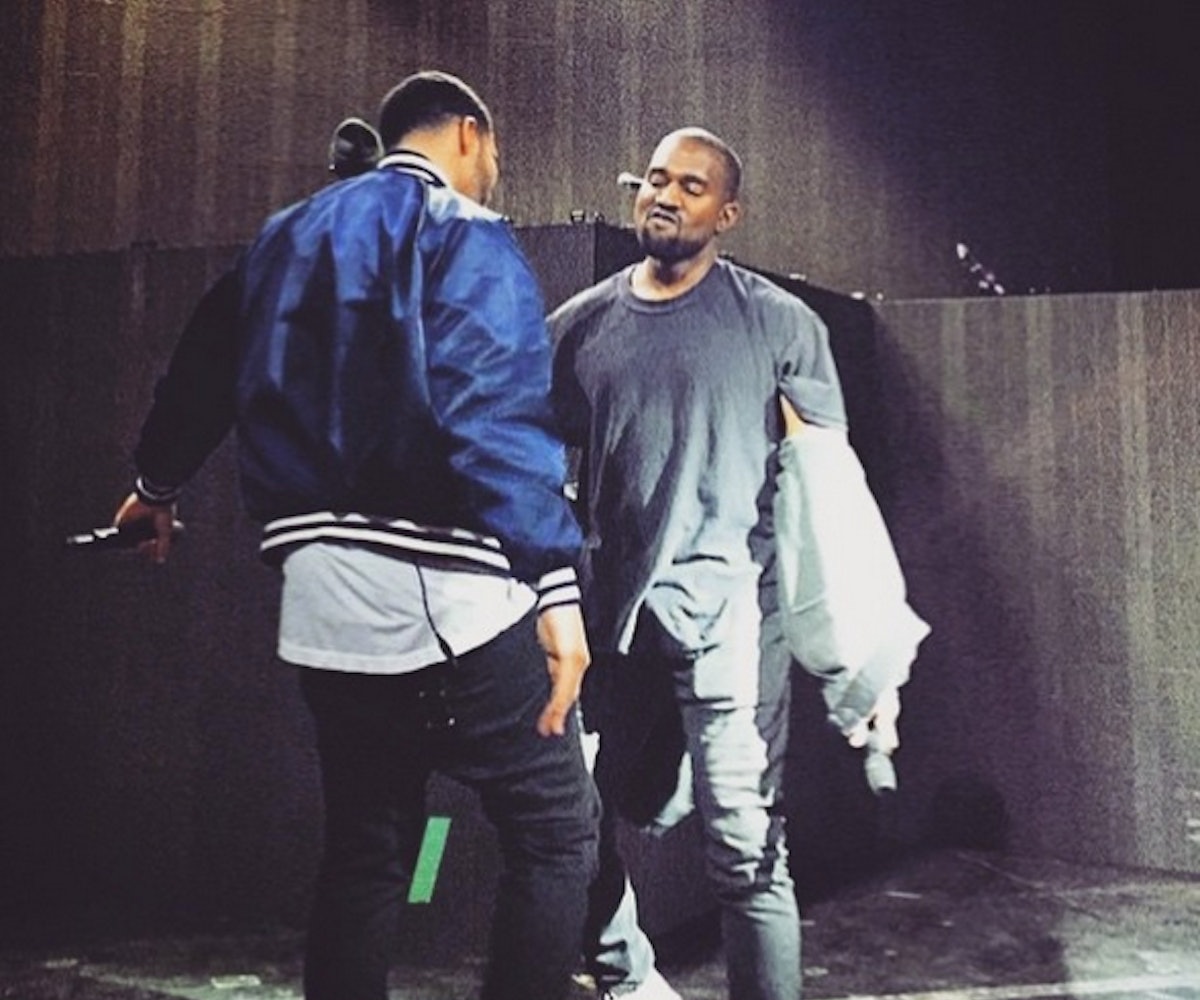 At last night's OVO Fest in Toronto, Drake surprised his hometown crowd by bringing out Kanye West to the stage. While on stage, West aske the crowd, “Is y’all ready for this album?”  At first, the response seemed a bit muted, because which album was he talking about? Then, West clarified: “I wasn't talking about Pablo. I wasn't talking about VIEWS. I wanna ask y’all right now: Are y’all ready for this album?” As he said that, he pointed to Drake, who pointed back, Hillary and Barack style. The crowd went nuts.

What they took this to mean—and what we should take it to mean—is that Kanye West and Drake are indeed planning on releasing a collaborative album. Talk of the album first surfaced when Drake told Zane Lowe that he and Kanye "were supposed to do a mixtape together." Whether it will be an official album release like West and Jay Z's Watch the Throne, or a more nimble mixtape release like Drake and Future's What a Time to Be Alive, remains to be seen. But in today's freeform music industry, it doesn't really matter.  Watch Kanye make the announcement below, and then stick around for a dope performance of "Father Stretch My Hands pt. 1."

NEXT UP
Entertainment
Megan Thee Stallion Says A New Album & World Tour Is Coming In 2023
Entertainment
Olivia Rodrigo Hinted At New Music In 2023
Culture
Not One, But Two BTS Documentaries Are Coming
Entertainment
Spotify Wrapped 2022 Reveals Your Listening Personality Type — And What That Means