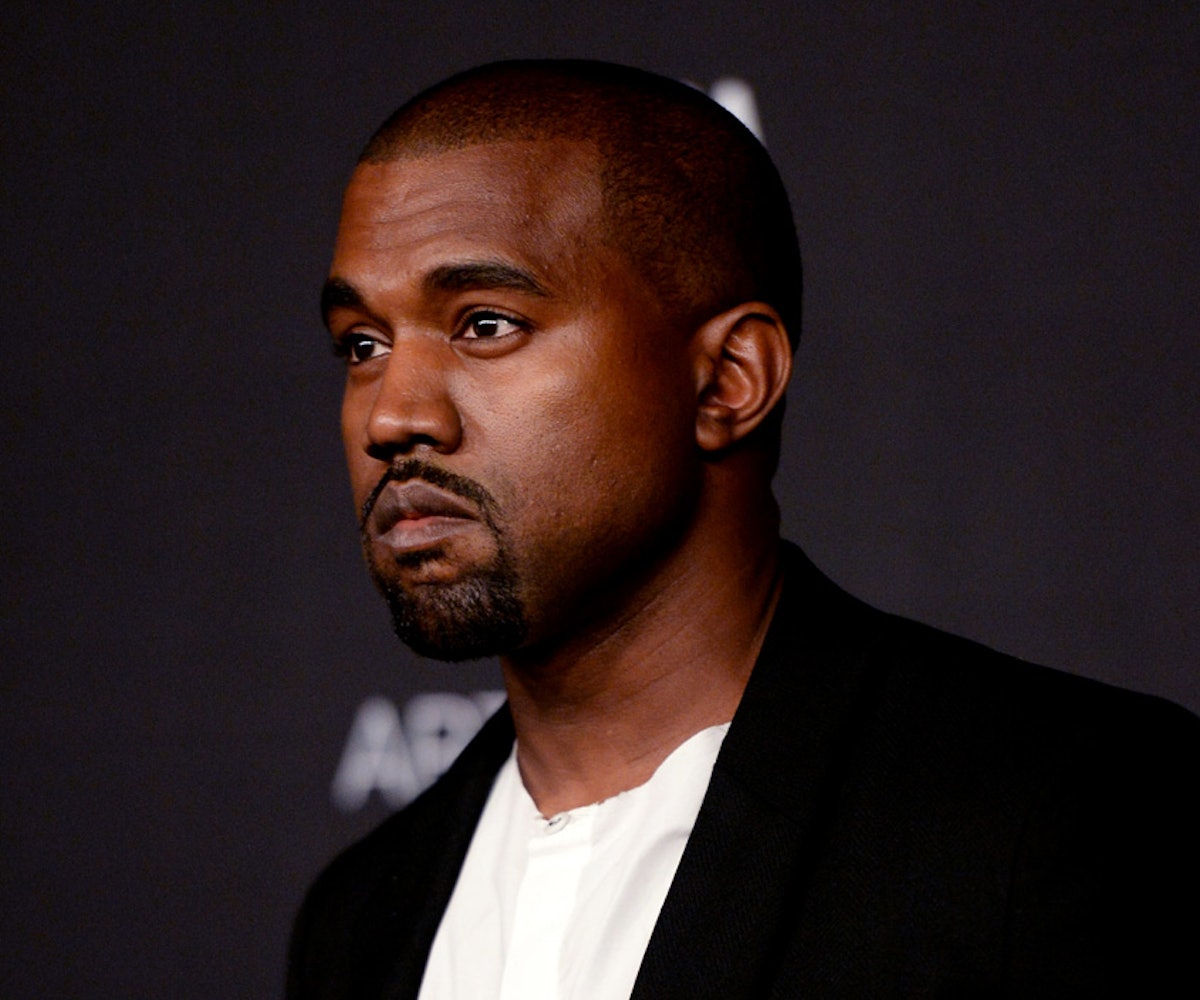 The BRIT awards are happening right this second, which means it's been barely an hour since Kanye West gave a scorching performance of yet another new track—the long buzzed about "All Day" (a rough version of which leaked in August). Kanye, who is absolutely everywhere these days, was introduced by his wife Kim. He appeared onstage backed by a massive crew who were mean-mugging to the crowd as West tore through his tracks and flamethrowers went off in the background. We've seen a more tender Kanye West in recent weeks; this was not him. "All Day" will most likely appear on his new album, which last week he said was "80% done." You can watch the performance, which features his new BFF Taylor Swift doing that dancing-at-an-award-show thing, at the 1:46 mark below.