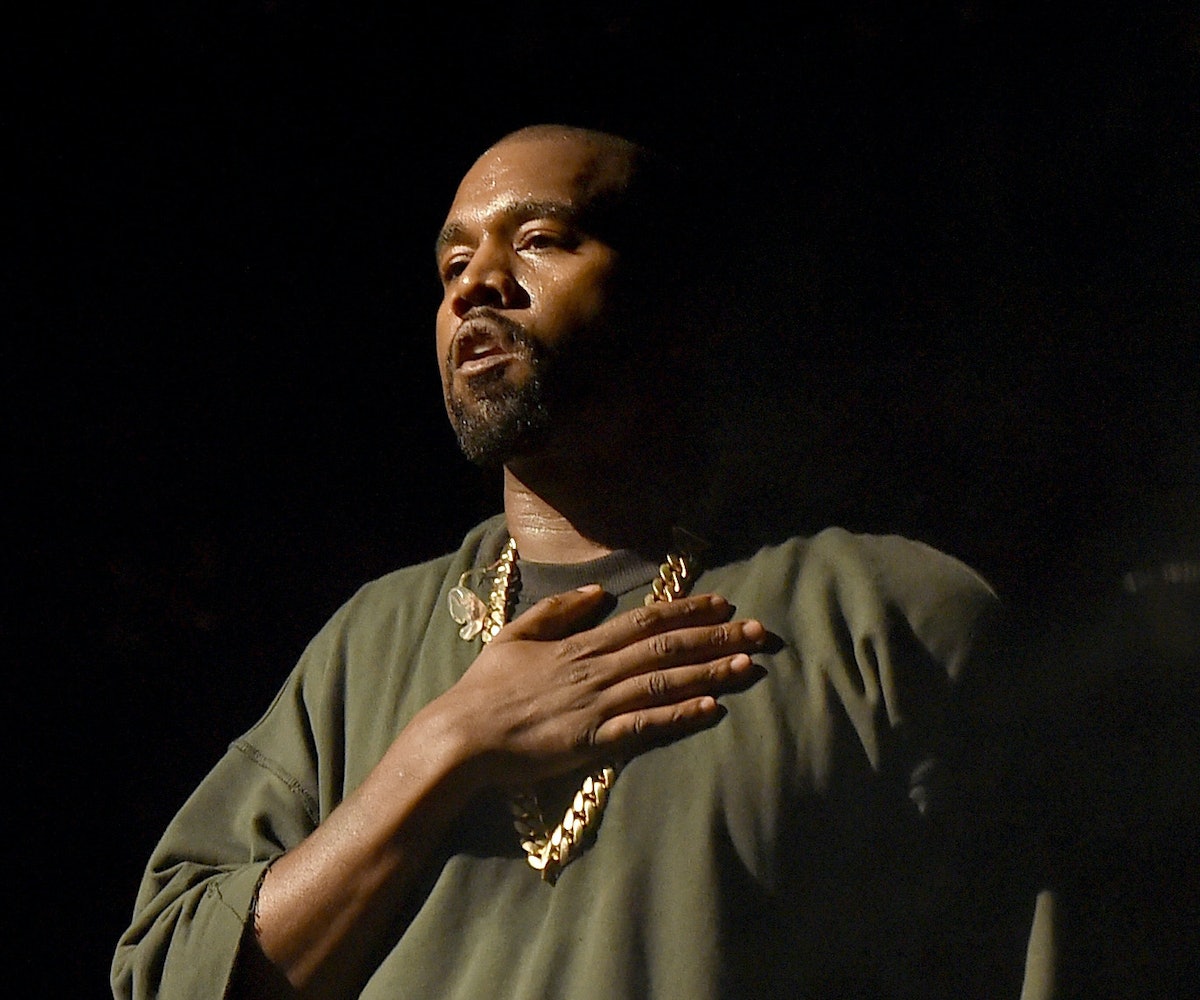 Following the debut of his latest collection at New York Fashion Week, Kanye West sat down with Vanity Fair for a fascinating interview that centered mostly around his career as a fashion designer. And while clothes and design and collections are cool and everything, what everyone really wants to know is if #Kanye2020 is an actual thing. Asked if he's actually planning on making a run at the White House, West bluntly and boldly said that yes, yes he is. "I didn’t approach that because I thought it would be fun," he said. "It wasn’t like, 'Oh, let’s go rent some jet skis in Hawaii.' No, the exact opposite. I sit in clubs and I’m like, 'Wow, I’ve got five years before I go and run for office and I’ve got a lot of research to do, I’ve got a lot of growing up to do.'"

It's impossible to tell if Kanye West will actually run for president—a very expensive, time-consuming, and serious thing to do, despite what Donald Trump might have you believe. But as he went on in the interview, and spoke about his reasons for running—including following in the weighty footsteps of his academic parents—it's clear that in his own mind, West isn't playing around.

"My dad has two masters degrees. My mom has a PhD, she used to work at Operation PUSH. Somehow the more and more creative I get, the closer and closer I get to who I was as a child. When I was a child, I was holding my mom’s hand at Operation PUSH. I think it’s time. Rap is great.

"It’s fun. It’s fun to be a rock star, and I’ll never not be one I guess, but there’ll be a point where I become my mother’s child. With all the things I’ve done that people would consider to be accomplishments, what’s the point where I become the person that Donda and Raymond West raised? My parents’ child."

And like all presidential candidates these days claim to be, Kanye West is not a politician, which is exactly what makes him qualified to be one: "It’s very important that I continue to design, to be in practice of trying to make the best decisions possible. I hate politics. I’m not a politician at all. I care about the truth and I just care about human beings. I just want everyone to win, that’s all I can say, and I think we can."