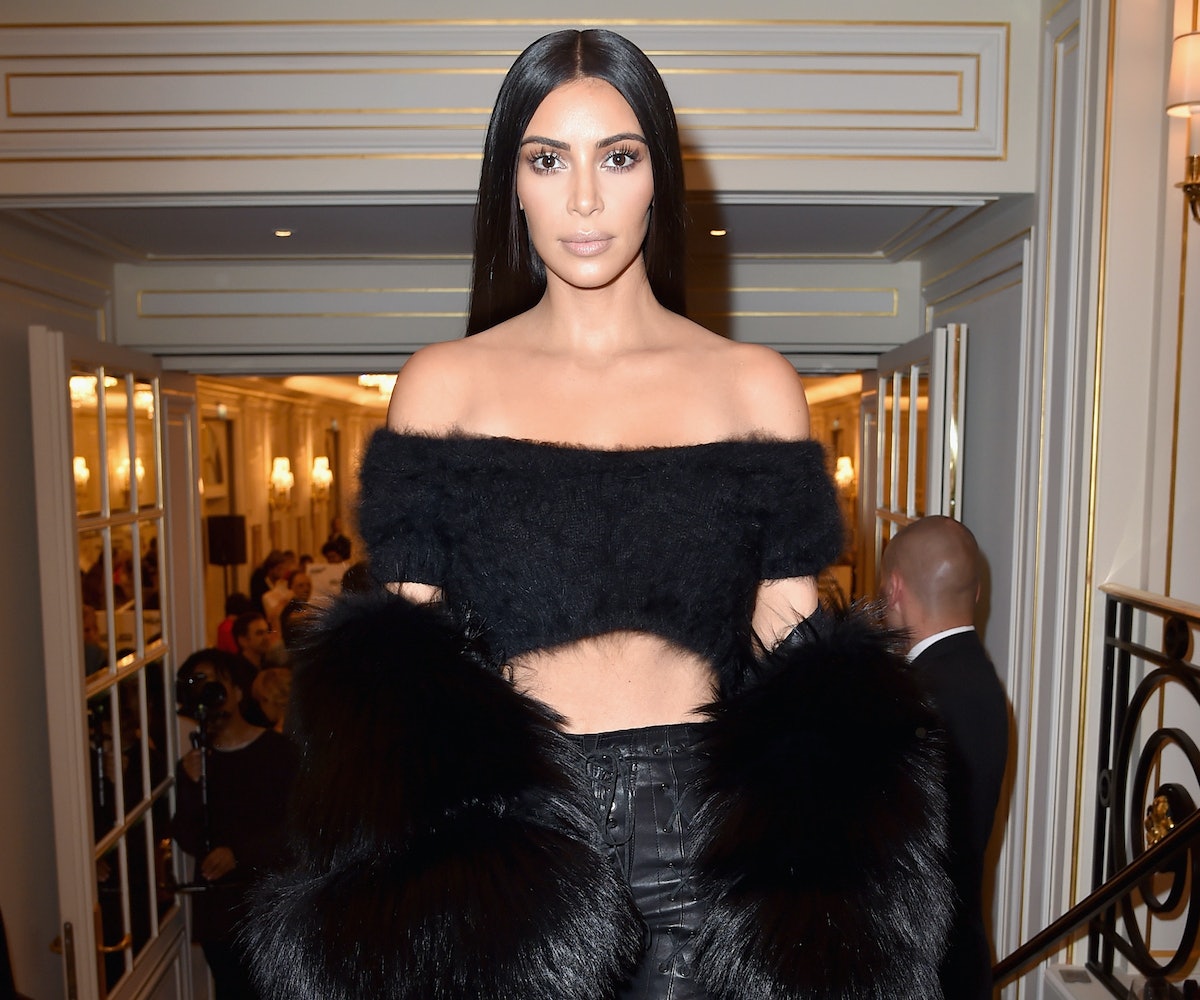 Following Sunday's news that Kim Kardashian was robbed by masked gunmen, Kanye West has officially postponed a handful of upcoming dates for his Saint Pablo Tour. Tuesday's show in Philadelphia has been pushed to December 13, while Thursday's Detroit show will now take place on December 22.

The move comes as horrifying details continue to emerge from Sunday. According to TMZ, Kardashian was in bed when she heard two men running up the stairs of her apartment. As she tried to call her bodyguard, Pascal Duvier, “one of the men yanked the phone out of her hands.”

The attackers then grabbed Kardashian by the ankles, at which point she believed she "was about to be raped.” Instead, the men—who were repeating "ring, ring,” over and over again while they searched for the new ring given to her by West—zip-tied her hands with plastic handcuffs and her ankles taped together. Kardashian reportedly began screaming and begging for her life for the sake of her children.

Meanwhile, Kardashian's friend Simone had locked herself in the bathroom downstairs and called Duvier, who arrived minutes after the assailants fled. A manhunt is currently underway in Paris, though no arrests have been made at this time.

The Kardashian-West family has yet to make a statement about Sunday's robbery, though clearly everyone is pretty shaken up, as Kardashian and West were seen entering their Manhattan apartment Monday, protected by a wall of bodyguards. We'll continue to update this story as it progresses.